I had been looking for a microphone that can record clear audio with noise reduction. I wanted one that I can connect to my laptop, to be used for video calls and webinars. Good quality microphones don’t come cheap, so it will be great if the same could be used with my iPad Pro or Samsung Phone for recording videos capturing crisp audio. I didn’t feel like investing for the Pro condenser microphones used by popular podcasters as they were expensive and I don’t see myself using them that often.

My search stopped with this recommendation by Mr Kiruba Shankar when he had posted a video review about this product from a company called Saramonic. I immediately ordered one online from their website and it got delivered a few weeks before the lockdown in India. The device is called Saramonic Blink 500 B6 wireless microphone system (two transmitters and one receiver) and I am loving it. I have been using it for my Zoom calls, YouTube recordings, Team calls and the listeners are noticing the difference and the clarity in my audio.

The cost was INR 19,979 (USD 264). They have other models with a single transmitter and variations. The receiver has a USB-C port that connects easily to my laptop, Android Phone and iPad Pro – it works across apps including Zoom and in-built camera app – no drivers needed.

After a few days of usage, the transmitters stopped working during a call. I have been connecting the transmitters to the USB-C chargers (that shipped with iPad Pro and Google Pixel) and presuming it was charging, but it seems they were not.

P.S.: I had initially bought this system for recording my voice during my presentations on stage – iPad Pro records excellent video, but being done from a distance, the audio was bad, this wireless microphone will correct it. But, in these times of staying at home, it is making a big difference in the quality of the Zoom (and Microsoft Team) video calls. 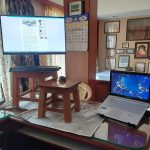 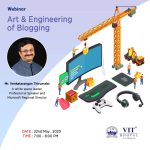