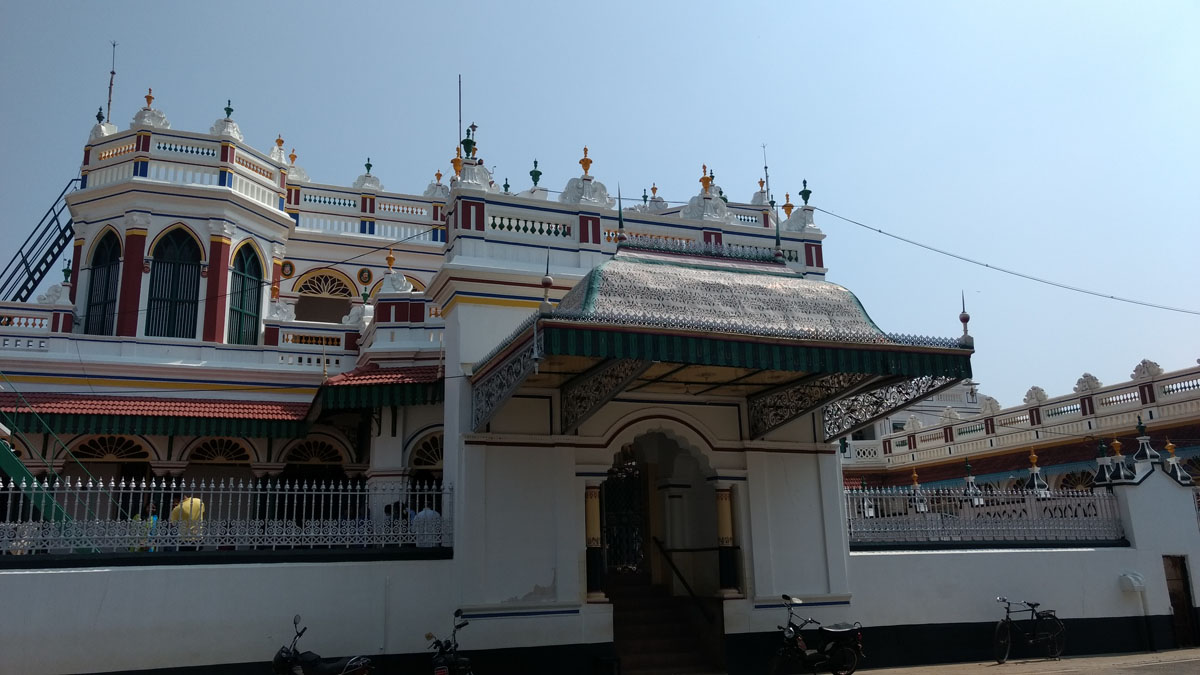 Chettinad region comprising Karaikudi, and the nearby Pudukkotai region in Tamil Nadu are famous for historic places, temples, forts and palaces. The region is an hour or two drive from Thanjavur and from Trichy.

Below are links to the individual blog posts with pictures and details of my visit to the region.

Kanadukathan (கானாடுகாத்தான்) aka Chettinad palace, the palatial house of Sri MAM Ramaswamy and family. Chettiyars, a trading community who hail from the Chettinad region are a prosperous banking and business community who travelled across South East Asia doing trade, especially during Cholas and later the British empire. To go inside the Chettinad Palace you need to get prior permission from the family which we were lucky to get through a friend in Tanjore.

Athangudi Big House (ஆத்தன்குடி பெரிய வீடு), this too is a palatial house slightly on a smaller scale compared to Chettinad Palace but matching in the grandeur of interiors. Tourists are welcome inside to see the house after buying a ticket for Rs.50 (~USD 1).

The Government Museum, Pudukkottai (அரசு அருங்காட்சியகம், புதுக்கோட்டை) has a sizeable number of artefacts. Unfortunately, due to the extensive renovation of the building, which had been stalled for two years due to the pandemic, the items on display are all cramped in the few available display windows – for example, marine animals and ancient musical instruments share a display and so on.

Thirumayam fort (திருமயம் மலைக்கோட்டை) is on the way to Karaikudi from Tanjore. The fort was built in the 17th century by Vijaya Raghunatha Sethupathi, the Raja of Ramnad and it was in this fort that Oomathurai the brother of Panchalankurichi chieftain Kattabomman was captured by Britishers.

Behind the back of the Thirumayam fort (detailed blog) entrance, you will find Sathyamurthi Perumal Temple [ஸ்ரீ சத்யமூர்த்திப் பெருமாள் திருக்கோயில், திருமயம்]. It is one of the 108 Divyadesam dedicated to Vishnu, who is worshipped as Sathyamurthi Perumal and his consort Lakshmi as Ujeevana Thayar. The temple is glorified in the Divya Prabandha by Azhwar saints from the 6th–9th centuries AD. The temple has the largest idol of Lord Vishnu in his reclining pose (சயனத்திருக்கோலம்) carved inside a natural cave.