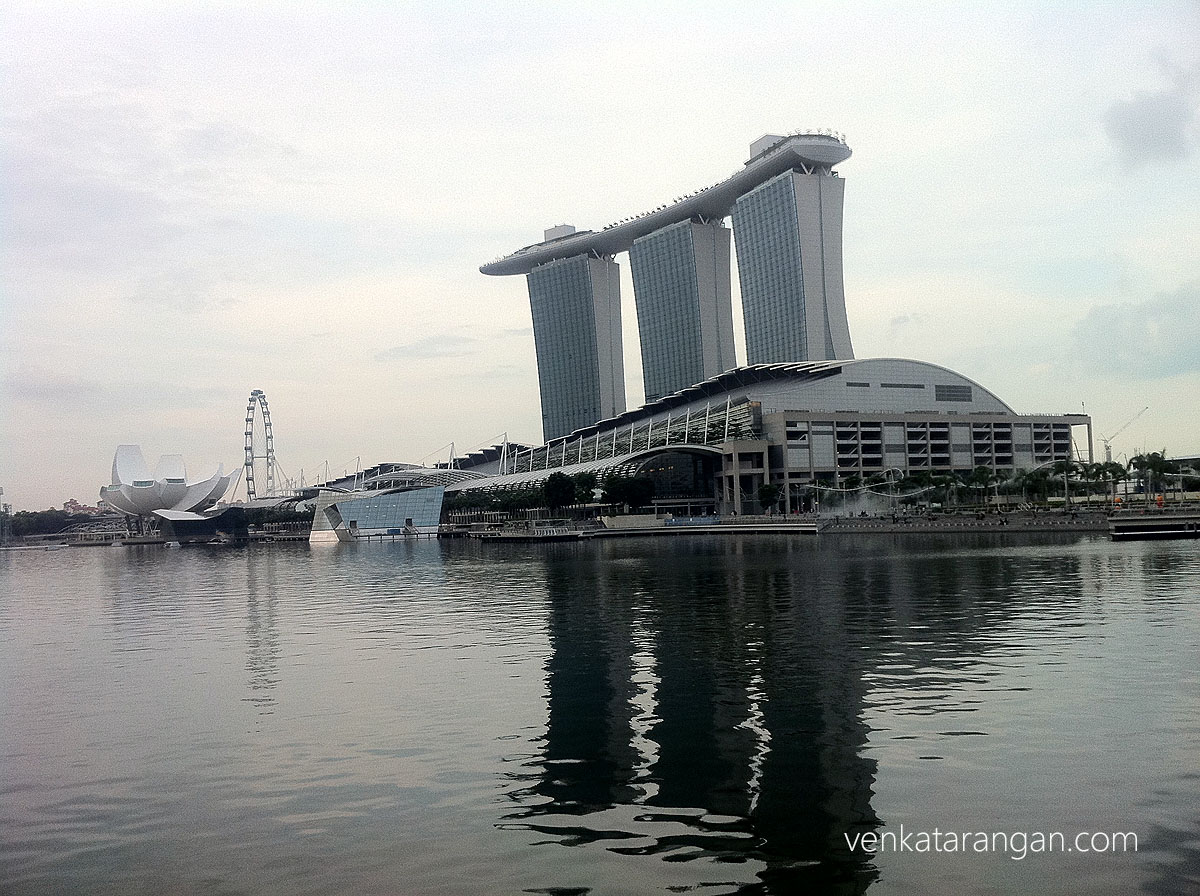 I have travelled to Singapore on more than a handful of occasions and have written many posts about the places I have visited. I have a basic understanding and familiarity with the place and the people. My feelings towards the place are mixed – on one hand, I am amazed at what this tiny island has achieved in a few decades in terms of development and attention to detail, on the other hand, I find the place to be stifling.

Below are links to my various posts of Singapore with pictures and details. Hope you find them interesting and useful. Enjoy your visit to Singapore.

Singapore is an independent country off the southern tip of Malaysia (Malay Peninsula) with just 733 square kilometres of area. It has people of many races, Chinese, Malay, Indian and others living together peacefully. The English name “Singapore” is from the native Malay name, Singapura, which in turn was derived from the Sanskrit word for “lion city”.

Sri Veeramakaliamman Temple [ஸ்ரீ வீரமாகாளியம்மன் கோயில், சிங்கப்பூர்] is a Hindu temple in the Little India area and it is constructed in the South Indian temple architecture.

The other famous Hindu temple in the Little India area on Serangoon Road is the Sri Srinivasa Perumal Temple. Dedicated to the God Vishnu, it dates back to 1855 and is a National monument of Singapore.

It was 2012, on a friend’s recommendation, I visited the Asian Civilisations Museum in Singapore, which is located opposite the Singapore Cricket Club. Till the 1980s the building known as Empress Place Building was used for various Government Departments and in 1989 it was converted to be a museum. The museum has various galleries – Southeast Asia, West Asia/Islamic, Singapore River, China, India and more.

I liked the place so much that I visited it again in 2019 when I spent over 4 hours. I learned a lot about Asian cultures including Indian culture and religions.

In 2019, I visited Singapore’s National Library at Victoria Road. It is a tall and impressive glass building. The library has English magazines on display, Tamil magazines and Tamil books for Kids. There is a Children’s section & Play area too. If you love books, don’t miss this place when you are visiting Singapore next!

Any first visit to Singapore is incomplete without going to the Resort Island of Sentosa. I have been there two times in the last two decades, but last week (10 May 2019) I went again. There are multiple attractions inside Sentosa, like S.E.A. Aquarium, Universal Studios, Butterfly Park, Madame Tussauds wax museum, Fort Siloso, Waterpark, iFly Wind tunnel, Trick Eye Museum, Wings of Time light & sound show and more. You need a minimum of a day to see a few of them.

Jurong Bird Park is one of the most-visited places in the island city. The park has over 15,000 animals comprising several hundred varieties of birds. They conduct two different shows “Kings of the Skies” and “High Flyers” at two different timings every day. We can see birds like the Western crowned pigeon, Shoe bird, lorikeet, penguins and more.

Within the concrete jungle exists this oasis of nature. The trek within the park was tranquil and peaceful, and I loved it. Bukit Timah Hill is the highest point in Singapore at 163m. The forest on the hill has been a botanical collection ground for more than a century. Established in 1883, Bukit Timah Forest Reserve was one of the first forest reserves to be created in Singapore.

Gardens by the Bay, Singapore

Gardens by the Bay is a recent attraction added to the tourist map in Singapore. It is a nature park spanning 101 hectares (250 acres) in the Central Region of Singapore, adjacent to the Marina Reservoir.

Recently, Changi Airport had constructed a new attraction called “Jewel Changi”, it is a nature-themed entertainment and retail complex in Changi Airport, Singapore, linked to three of its passenger terminals. Its centrepiece is the world’s tallest indoor waterfall, the Rain Vortex, which is surrounded by a terraced forest setting.

If you walk from Asian Civilizations Museum to China town, you will come across the Boat Quay, New Bridge Road, Mosque Street to South Bridge Road where the Mariamman Temple is.

Wherever you go in Singapore you can be sure to be a few hundred metres away from a big shopping mall. Unlike what I have seen in the USA, most of the malls in Singapore are frequented by customers and many are crowded. On top of this, you have Orchard Road – a whole road of a few kilometres with rows of malls on both sides. This island city is a shopper’s paradise!

If you are staying in the Little India area, one of the popular malls there is the City Square Mall.

In 2013 when I went to the Arts Science museum near Marina Sands, they had a special show for display “Mummy – Secrets of the Tomb” thanks to a partnership with the British Museum. I was not impressed with the few items from Egypt that were on display including two mummies. But the virtual unwrapping of a 3000-year-old mummy of an Egyptian Temple priest Nesperennub was worth my money. The two floors in the museum had only a few items including a handful of items on innovation.

Singapore is a melting point of multiple cuisines from around the world. You can get Asian, Indian, Mediterranean, African, and Continental foods in many parts of the city.

I like the Mie Goreng, an Indonesian style stir friend Noodle dish that you get here.

The Little India area in Singapore has numerous South Indian restaurants, with many of them serving tasty and authentic vegetarian dishes. The most famous of them is the iconic Komala Vilas Restaurant (கோமள விலாஸ் உணவகம்). You also have most of the popular eateries from Tamil Nadu including Ananda Bhavan, Madras New Woodlands, Arya Bhavan and more. No visit to Singapore will be complete without having a meal in any one of these restaurants.