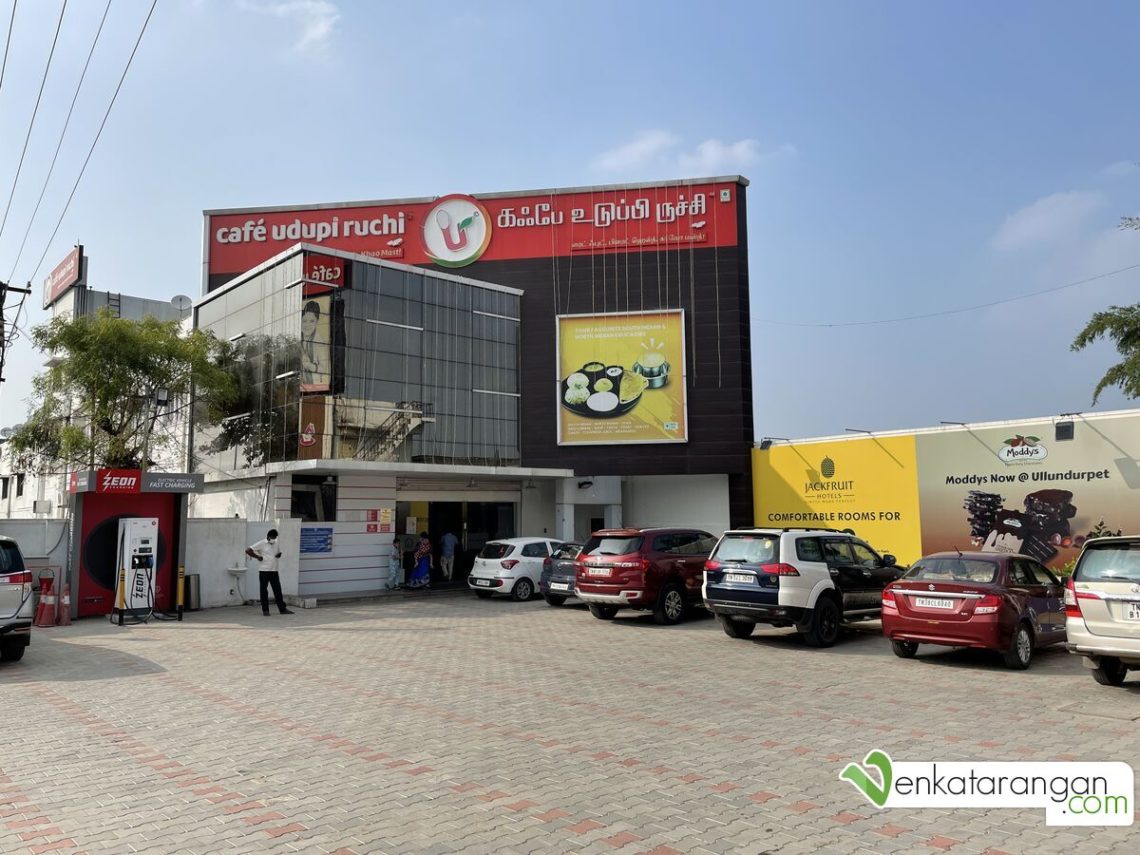 Today I travelled with a friend to Salem for a few days trip, we wanted to visit Gingee Fort ( செங்கிக் கோட்டை) on the way, so we opted for GST Road towards Ulundurpet, instead of the Bengaluru Highway via Krishnagiri. This post is about the few restaurants where we had food during the trip.

Highway public facilities in India are better in recent years

During my childhood days, travelling long distances by road meant preparing food in advance, packing them in banana leaves, and stopping under the shade of highway trees with mats spread out for the meal.  The food had to remain good for many hours even during the scorching summer months of South India, remember in those our cars didn’t have air-conditioning, so invariably the menu will be either Podi Idli (steamed idli generously covered with a paste of Chili/Dal powder and sesame oil) or Puliyodarai Rice (tamarind & spices mixed with white rice) and Curd Rice (prepared with warm milk which will turn into yoghurt as time passes). In those days there were not many public toilets on the highways, the few that were in Petrol Stations would smell awful due to poor maintenance or would be locked – the boys in the family would answer nature’s call in the thick bushes on the sides of the road, but it was the ladies who needed privacy who had it tough, I remember many a time we will visit the house of friends of our friends who lived in the towns that came on the way. After decades of economic growth and the Government of India’s massive investments in National Highways, things have improved a lot – nowadays adjacent to many of the toll booths there are public toilets, all fuel stations have working toilets, and a large number of good restaurants have come along the way, to attract their clientele they keep clean restrooms – I agree, things are not perfect, there are still public toilets that are locked permanently, but the situation is getting better every day.

In recent years, whenever I travelled to South Tamil Nadu by Grand Southern Trunk Road (GST Road, National Highway 32 new number), my favourite stop was at Haritam Veg Restaurant, Perumbairkandigai, twelve kilometres after Melmaruvathur (or ninety kilometres from South Chennai). My son loved their food, especially the Ghee Roast (Dosa) and Vada they made which were delicious. The place was at a convenient location, with ample parking slots, spacious seating, efficient staff, and well-maintained restrooms. During my trip to Salem today, I was not able to find the restaurant, it had been closed for good, Google Maps confirmed the same – A casualty likely due to the long lockdowns during the pandemic. I miss Haritam!

Now that Haritam was not there, we looked around. Google showed Manoj Bhavan near Maduranthakam, were on an earlier trip a few years ago I had eaten and liked their food, the restaurant was better than Haritam, but it was on the other side of the road and a trip in reverse for about fifteen kilometres.

Looking nearby Haritam, we found two newer restaurants, 99 Km Coffee Magic and Hotel Aaryas (while coming from Chennai both are before Haritam). This restaurant is different from the Hotel Aryaas at Pallikonda (run by Darling Bakery group) in the Chennai-Bengaluru Highway, that I like a lot. We had our breakfast at this, Hotel Aaryas Garden, Thenpakkam, GST Road. The restaurant was not big, but they served decent food and had usable restrooms.

After our breakfast we reached Gingee Fort, where we spent a few hours, then to continue our journey to Salem, we joined the GST road near Ulundurpet. For lunch, we went to Café Udupi Ruchi, Ulundurpet. This restaurant is next to the popular A2B (Adyar Ananda Bhavan) outlet which is easy to spot from the highway. The restaurant was comfortable, served great food and had restrooms that were regularly cleaned. I loved the place. Remember, the restaurant serves Udupi (Karnataka) cuisine, so the items will taste sweet and not hot like in Andhra or Tamil cuisine – for example, in the Mini Vegetarian Meals we ordered, the Bisi Bele Bath (hot lentil rice) had jaggery added.  They also sell ready-to-cook Udupi Ruchi packets for making Rawa Dosai, Ragi Idly and other mixes. I got a few packets of them to try and chocolates of the famous Ooty Moddy’s brand.

In the evening as we were nearing Salem, we wanted to have a hot cup of coffee. We were travelling on the Salem-Ulundurpettai Highway (Tamil Nadu State Highway 79) going through Kallakkurichi and Chinnasalem. We spotted an Adyar Ananda Bhavan outlet in Attur and stopped there. Since A2B outlets are a chain, they served the same coffee with the expected taste which was good. The place was like a strip mall selling Toys, Books including titles of NHM (கிழக்கு பதிப்பகம்) and Factory outlet for garments. I was surprised to spot an Electric Vehicle (EV) Fast Charging station as well, way to go! 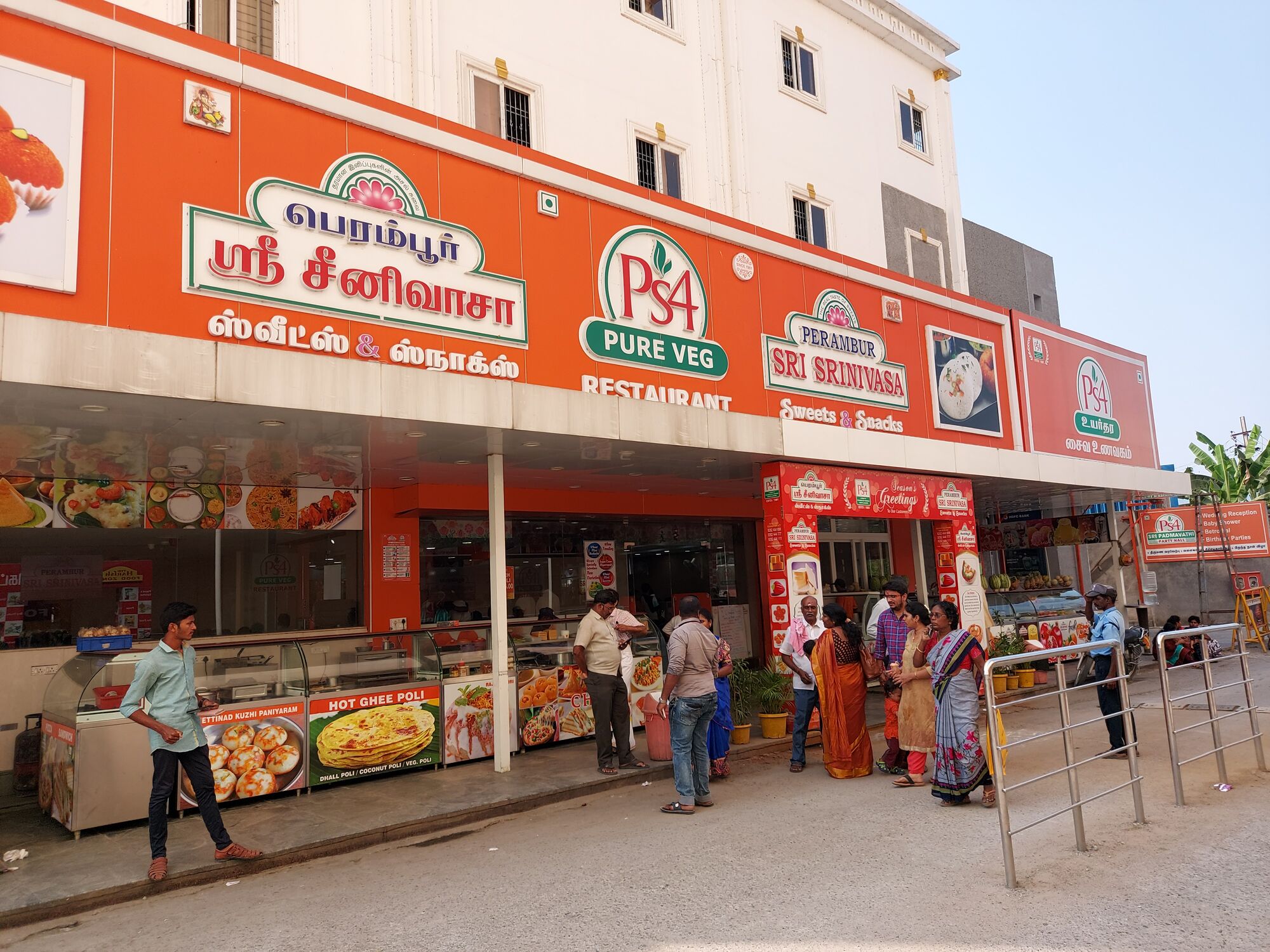 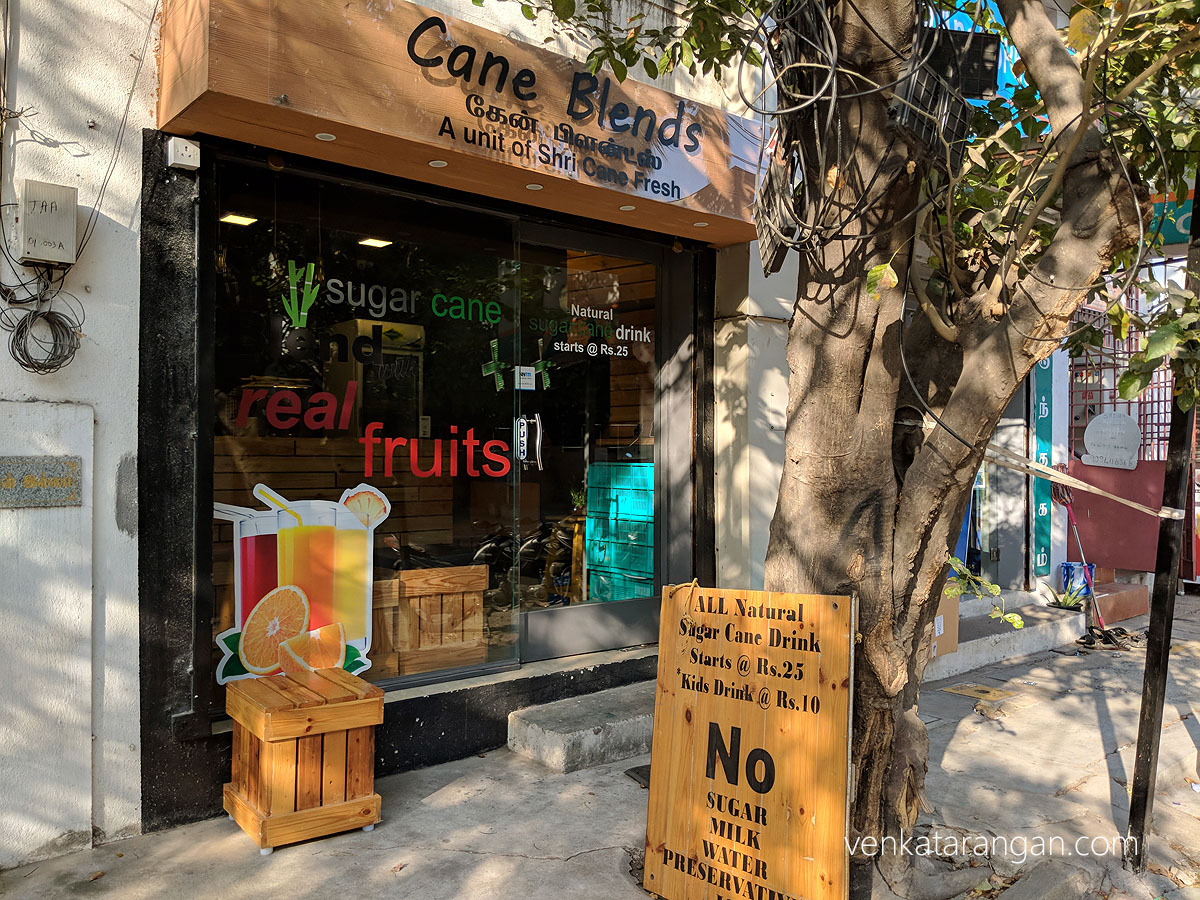 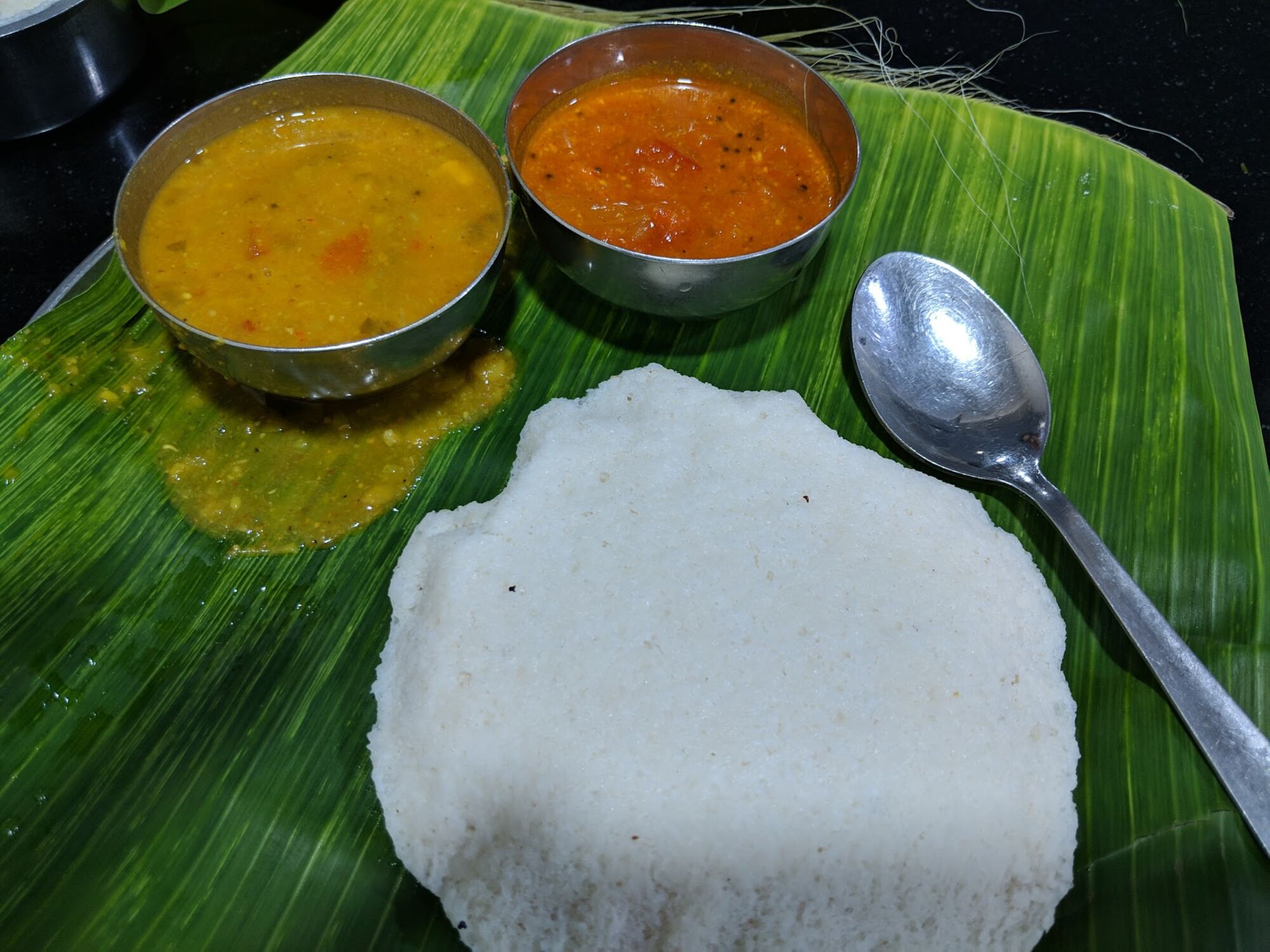