The twentieth century will be remembered for the two world wars and the cold war. While a lot of movies had covered the western military and spy operations in eastern Europe including the recent The Courier (2020), there have been only a few that showcased the lives of ordinary people living on the wrong of the iron curtain. Exceptions were movies like Good Bye Lenin (2003), a period film that happens during the unification of Germany when a young man tries hard to keep his sick mother believing that East Germany hasn’t fallen.

Goodbye Soviet Union (Hüvasti, NSVL), a film from Estonia made by Lauri Randla follows the life of a young boy growing up during the transition of the country from being part of the USSR to the falling of Lenin statues. The film gets a ‘Ripe’ and is available for this month (November 2021) for free on Festival Scope.

Born to a single mother, young Johannes is living with his grandparents in an unmarked town Leningrad3 in Estonia. He suffers an accidental exposure to the dirty (sea) water of a stealth nuclear facility in the town. Growing up indoctrinated with communist propaganda, even having a middle name of Lenin, the young boy finds it hard when his mother moves him to the liberal capital city of Tallinn. Adding to his troubles was the actions of the jealous brother of his girlfriend Vera. Johannes family gets a break when his mother manages (bribes) her way out of the country to work in the west (Finland). Did it last?

The film does cover the political turmoil in the country, but it was about the coming of age of Johannes and the family trying to meet their ends meet, especially the hardship for one that is Finnish living in Estonia. A good film to expose the millennials to what it was to live under the soviet union. 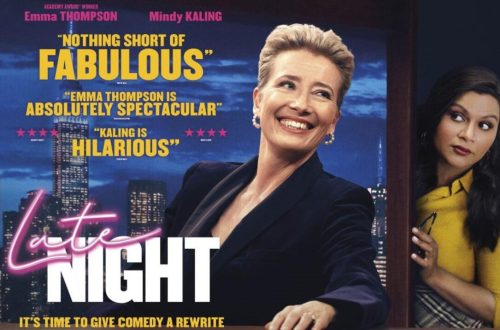