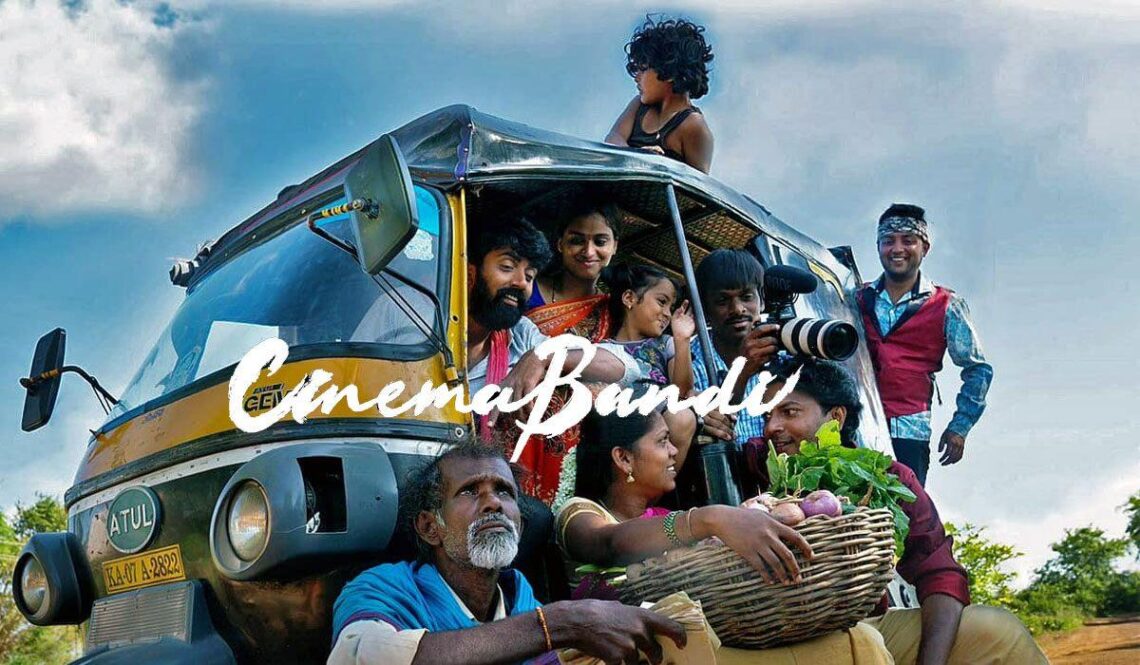 What happens when a few villagers find a high-end digital camera and decide to make a movie? This interesting plot gets explored in Cinema Bandi (2021). Director Praveen Kandregula has cast the lead actors aptly and they bring the characters to life, yet the film fails to keep you engaged after some time. The Telugu comedy is available on Netflix and gets a Raw rating.

In a remote village near the Andhra-Karnataka state border, lives a hardworking autorickshaw driver Veerababu with his family. After spotting a camera left behind in his auto, he gets smitten by the cinema bug and decides to shoot one with the help of his friend Ganapathi, a small-time wedding photographer. The two have no idea or experience in operating the camera or filming, yet after many stumblings, they come close to making one. More than whether they succeeded in their endeavour, Cinema Bandi was about their journey and that was nice. I liked that the screenplay was entirely about the life of the villagers, their hardship, the local rivalry, and the community bonding that exists. For this reason alone, the film may be watched.

Veerababu bases his film on a story written by an old man in the village, this grandpa doesn’t speak any dialogue, yet he is a constant throughout and in many scenes just having him was humorous. Similarly, was the young boy who points out scene continuity issues to Veerababu and Ganapathi.

In 2021, when access to a smartphone is not uncommon even for the poor of India, and when these smartphones can manage to make reasonable quality videos, the basic premise and what gets built on top of it, appealed less convincing. Instead, if the film had skipped the camera part and started with Veerababu’s obsession with films, it could’ve been better.