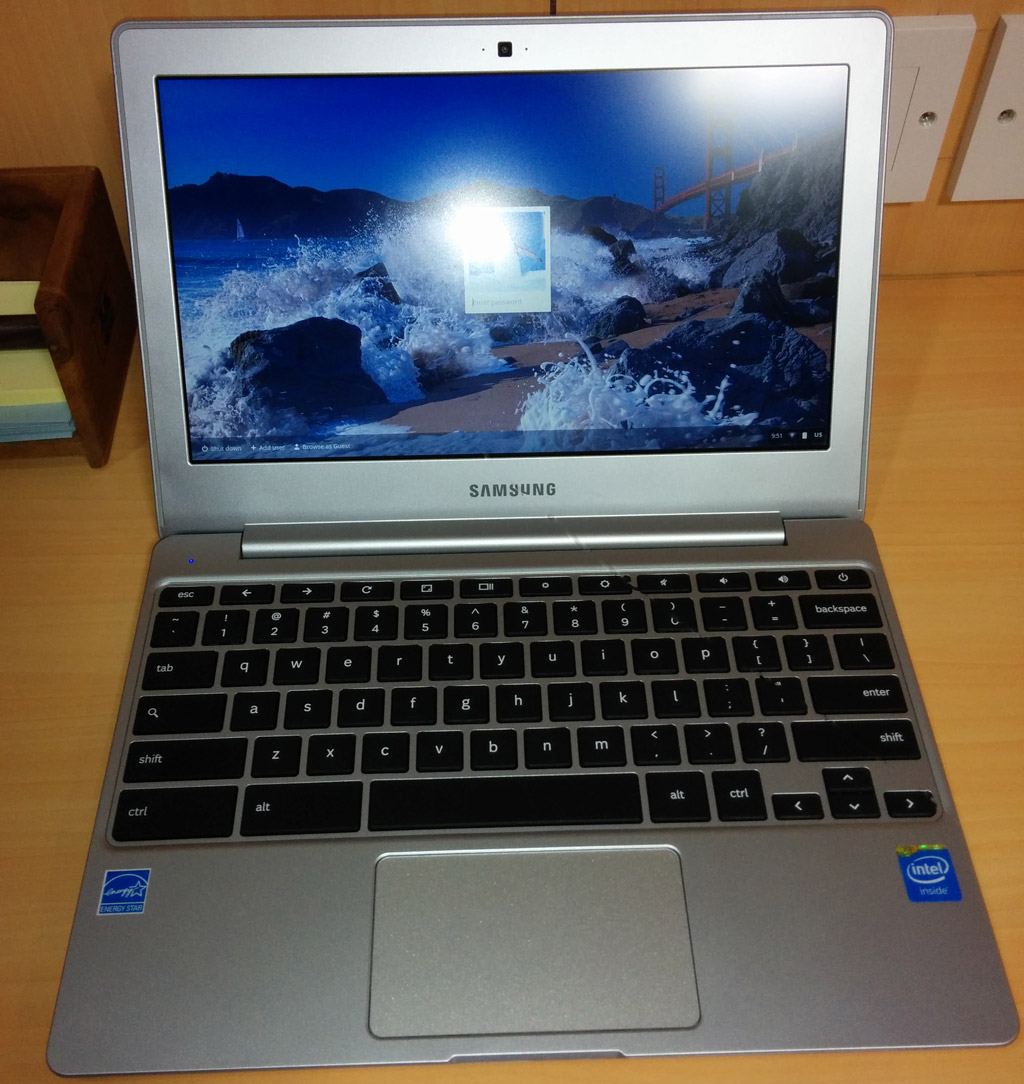 From the time Google released Chromebook laptops I wanted to try out one, to see how effective they will be as a laptop running only one real App (Google Chrome browser). Trying it in a shop floor for few minutes or using Chrome OS as a guest OS in Parallels doesn’t give you the real taste. This week one of my colleagues returning from USA brought a Chromebook for testing in our mobile lab.

The device we got was a Samsung Chromebook 2 11.6-Inch Laptop costing US$250, with following configuration:

As you remove the device from box, you can feel how light is the device, at 1.2 Kgs it is not super light but impressive. I liked the (artificial) leather casing in the front cover, a nice touch by Samsung, which I wonder why we don’t see in Windows laptops. 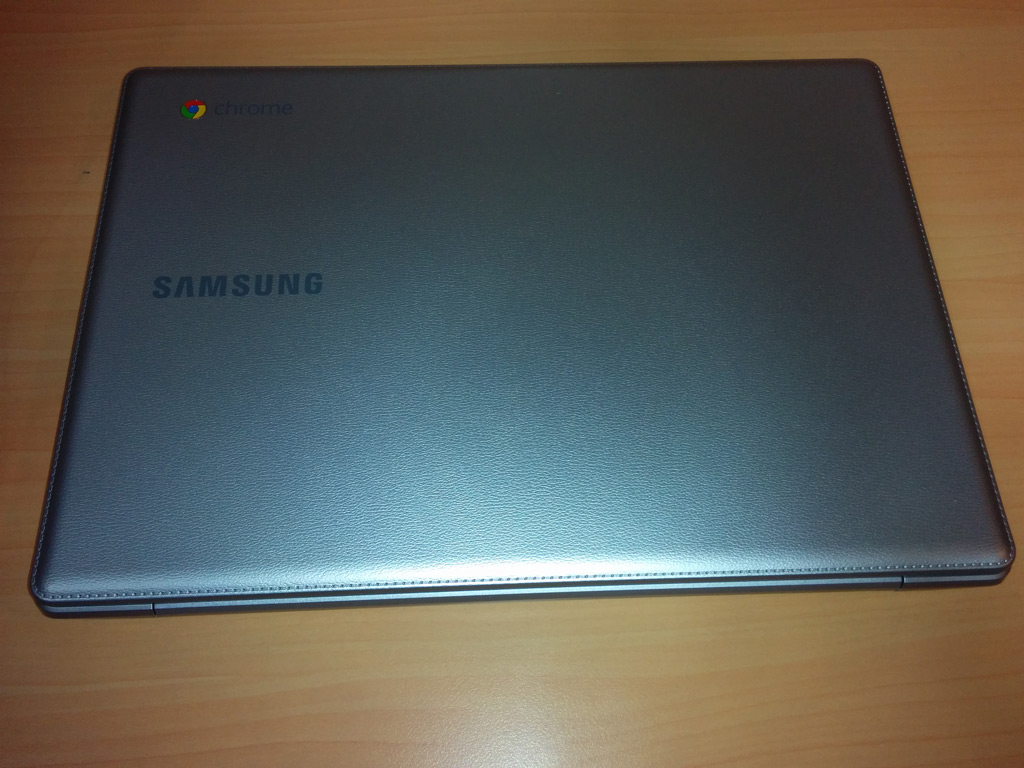 The device boots up real fast, thanks to a stripped down Linux distribution which launches Google Chrome browser. The desktop reminds you of Windows XP, with a start button and system tray. If you have used Chrome browser, Chrome OS is exactly same – there are no differences. All the websites including non-latin Language sites like Tamil websites that I opened, worked like in a regular Google Chrome in Windows or Mac.  Google properties including YouTube, Google Docs, Gmail worked great – no surprises there.Wi-Fi connection to my office network using RADIUS authentication worked just fine.

As soon as I logged to Gmail, all my personalization, settings and extensions that I have used in Google Chrome browser downloaded and  ready. This roaming profile (borrowing a term from Windows NT days) makes a Chromebook the easiest device to setup that you will encounter. I liked the fact the full OS could be localized to say Tamil, when all the visual cues and menus are shown in Tamil with Tamil input support – something Windows has been having for years with the Language Interface packs.

In our mobile lab, we loaded Citrix client app extension and connected to our Enterprise customers Citrix servers and launched Windows apps from there, most of them worked fine. We could launch for example Internet Explorer 8.0 (through Citrix) and do online banking and transactions. I tried using the built-in apps for file management and media player, two tasks you can’t do from a sandbox environment like a web browser (Google Chrome). The file manager was rudimentary, you can get the basics done – copy, move between the device and say an external USB drive or a SD card. As a comparison, I felt the File Manager that comes in my Android phone to be feature complete in comparison to Chromebook File Manager. The Media player was even more stripped down, it played audio and video files, but for many MKV and MP4 files I had, there was no Audio output – I suppose Audio codecs that are not open source or VP8 (owned by Google) are not supported. Bummer!

Unfortunately there is no way for you to download a new app or driver and get the support, which means you can’t install a version of VLC Player to play virtually any file. This limitation on extensibility is the biggest drawback of the device and is where a (full blown) OS like Windows/Mac/Android/iOS scores over a web browser.

Pricing is one of the advantages of a Google Chromebook. And the other, the near-zero configuration and little managing overheads are the reasons why many schools in USA have gone for Chromebooks.

How it does compare with an Android tablet or Windows laptop?

An Android tablet at similar prices (<$250) may be a better choice if you are going to be consuming lot of media content or doing long form reading like ebooks, as a Tablet will be a convenient form factor for those use-cases.

With the launch of low cost Windows Laptops like HP Stream 11 for $200, I feel a Windows laptop will be a better alternative to Chromebook. If you are creating lot of content like Word Documents, Excel sheets or if this will be your primary device then I will recommend going the Windows route without hesitation. In other words, if you are paying for a device on your own, go for Windows Laptop – it opens up more possibilities and not stifling like a Chromebook. 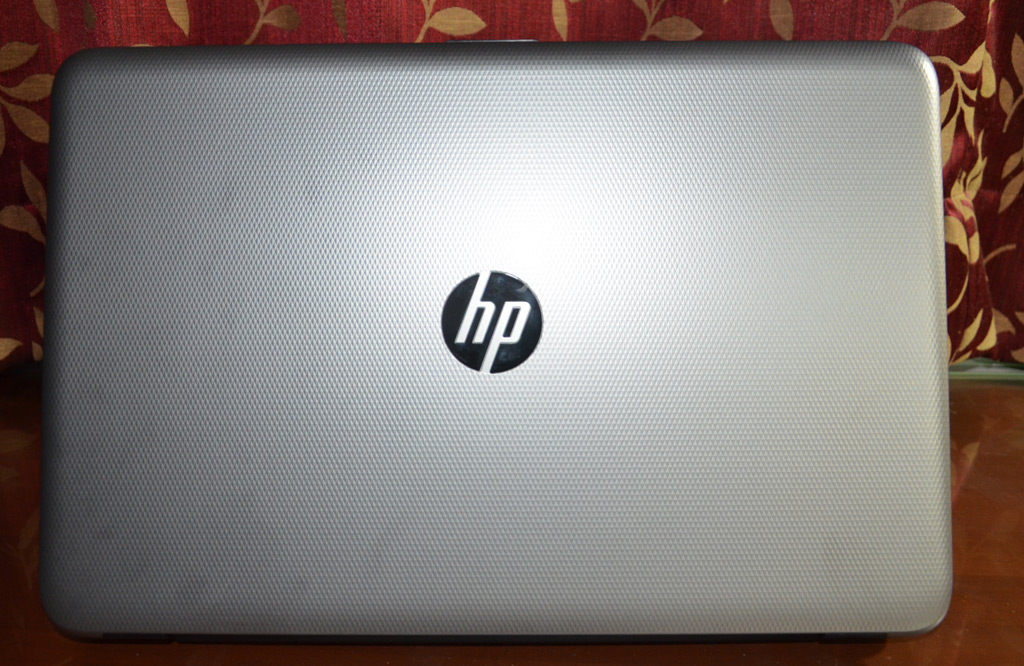 Laptop for my son 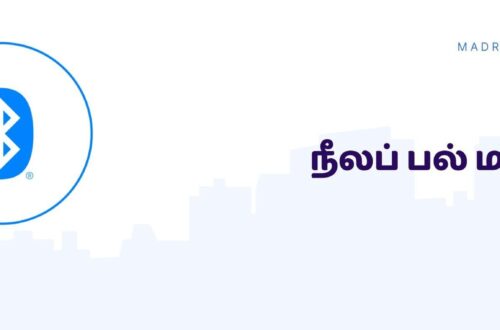 The wars I fought with Bluetooth earphones 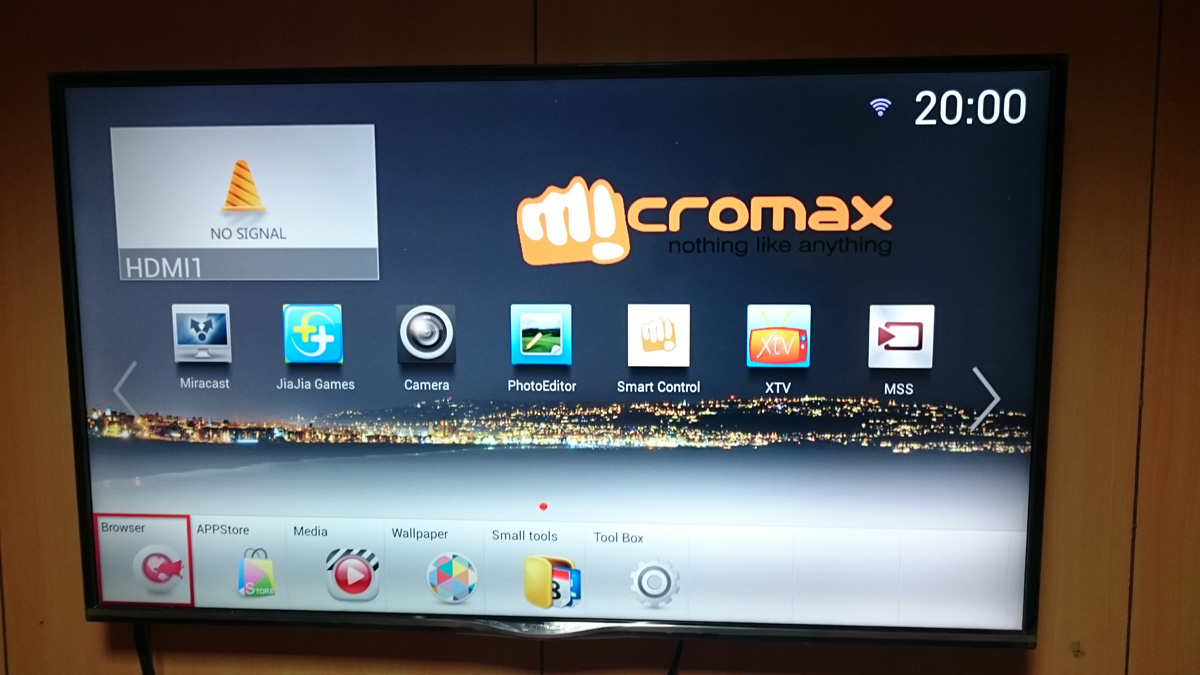