I love books, bookshops and libraries. And when I think of libraries I am reminded of my visit to the Seattle Public Library and Chennai’s historic Connemara library. Last week (8th May 2019) while I was in Singapore with my family, we visited Singapore’s National Library at Victoria Road. It is a tall and impressive glass building. As I walked inside and went around, I got a familiar feeling like I have seen the interiors and bookshelves before, on enquiring I learned Chennai’s Anna Centenary Library had been inspired by NLB, Singapore, and the similarities were unmistakable.

If you step outside the reading area, you can see a heritage structure with red bricks, that has old pictures from times gone by. The photos there read the following:

//The construction of National Library at Stamford Road came to fruition through the generous donation of $375,000 by Lee Kong Chian in 1953, on the condition that the library would be made a free and public library for all.

The laying of the foundation stone for the library was officiated by Lee Kong Chian on 16 August 1957 and the distinctive red-bricked library was officially opened on 12 November 1960 by Yang-di-Pertuan Negara (then Head of State who later became Singapore’s first President), Yusof Bin Ishak.

After about forty years in operation and following the government’s announcement that the National Library at Stamford Road would be demolished to make way for urban redevelopment, the library closed its doors on 31 March 2004. Some 5000 red bricks from the facade of the former library at Stamford Road are preserved in the form of a heritage wall in the Central Public Library’s garden.//

If you love books, don’t miss this place when you are visiting Singapore next! 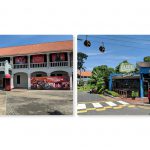 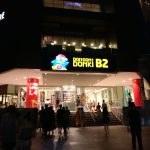