TTK Group along with TVS Group are symbolic of business houses in South India – both were founded nearly a century ago by industry stalwarts, are family owned, both stumbling their way in post-independent India, to reinventing themselves with a vigour after the economic liberalisations of this century. Unlike TATA, the largest and the oldest Indian conglomerate who expanded to Software Services (through TCS) and benefited immensely during the IT boom decades, both TTK and TVS have largely remained as manufacturing giants. Studying the journey of these companies are a must for every budding entrepreneur as it is the journey of India, its unholy veneration to both the economic left and the right.

Most of the South Indian business houses including TVS Group or The Hindu group or even the Technology giant like Infosys are in my view shy of having detailed (official) biographies written about them. In this context, I was happy to read this book titled “Disrupt and Conquer – How TTK Prestige Became a Billion-Dollar Company” authored by the executive chairman of the company  Mr T T Jagannathan (TTJ) with Ms Sandhya Mendonca. The book has been a fantastic read and below are brief summary of key points.

The book starts in 1972, when TTJ was studying in Cornell University, getting called back to India urgently by his parents to do something to save their family businesses of which TTK Prestige was the biggest. At that time TTJ’s father Mr T T Narasimhan, son of legendary Mr T T Krishnamachari (founder of the group in 1928), was running the group, had accumulated loss of over Rs.10 Crores, equivalent to about Rs.1000 Crores (USD 135 Million) today. The bad times were due to overzealous expansion, poor operations and mainly the result of the prevailing economic policies of the central government of India – nicknamed license raj, the government bureaucracy was involved in every part of all business activities in the country. The book doesn’t fail in highlighting that many of these red tape mechanisms that hurt the businesses were put in place by the group’s very own founder, T T Krishnamachari, an entrepreneur himself, during his term(s) as India’s Finance Minister in Mr Nehru’s cabinet, post-independence.

When Mr TTK setup the group, the companies were involved in indenting, that is importing foreign made items and then distributing them in India. Post Independence, as India took the protectionism route, this line of business was closed and the group had to move to manufacture with the collaboration of the foreign entities wherever possible. The first company that TTJ was assigned to rebuild was their Maps and Atlases, which was set up in 1965 in collaboration with Bertelsmann of Germany, was losing Rs.60 Lakhs (Rs. 60 Crores in today’s value) per year and overall debt of Rs.2 Crores. TTJ switched the focus from maps, which was selling 60 times lower than what the German’s had calculated, to outsourced printing jobs – books, pamphlets, posters, Tamil Nadu Government school books and even Congress party posters – taking almost any job that paid.

The next task was to turnaround TTK Ltd (now called TTK Prestige) in Bangalore, which was manufacturing the famous Prestige pressure cookers in collaboration with Prestige, UK from 1955. And this journey was quite an experience for him from the start, on his first day – the 1st January 1975, when TTJ, appointed as the new Managing Director of the company tried to enter the factory, the security guards would not let him enter and he had to call the police to gain entry. Having seen the hostility (for valid doubts they had) of the employees there, TTJ decided to earn their trust, first by not occupying the MD’s seat, instead, he worked from a small desk for months. His opportunity to earn their trust came soon when he convinced the Aluminium Controller of Govt. of India (Yes, there existed a department like that to control the production of Aluminium) to allow them to buy 35 tonnes of aluminium a month, which meant production can restart.

The next hurdle came from the market when a shopkeeper in Lucknow yelled “Your cookers are bursting, and nobody wants to buy them“. It turned out to be true and it was something beyond what the company can do on its own as it was due to spurious third-party spare parts. This seemingly impossible challenge led to TTJ inventing a safety device called GRS (Gasket Release System) which released excess steam down when the weight valve or the safety plug fails. With GRS, to date, not a single Prestige Pressure Cooker has burst. TTJ took a bold strategic decision of not patenting GRS and that has helped the Prestige brand immensely over the years. Next was coming up with the iconic lines in Indian Advertisement history – ‘Jo biwi se karey pyaar, woh Prestige se karey kaise inkaar?‘. Following the success with GRS was many other new products like the Prestige Pressure Pan, Stainless Steel Cookers, Non Stick Cookware and in 2011 of a microwaveable pressure cooker called MicroChef. The crowning moment was when TTK bought the brand for India from Prestige, UK – till then the engineering department in TTK Prestige, even for something as innovative as GRS, which was completely invented in India were hesitant to do any changes to design and were feeling subservent to their UK partner.

In the 1970s, TTJ recalls India had income tax rate of 97%, with wealth tax 5% over and above it, with sometimes even an expenditure tax too. Ironic it may be but TTK, TTJ’s grandfather and Nehru were responsible for these draconian laws that held back the growth of Indian Industry for decades. In 1979, then finance minister Mr Choudhury Charan Singh imposed a 100% import tax on shaving cream and toothpaste which led to the group shutting down their Williams shaving cream business.

Fast forward, then in 1990, the marketing functions of various group companies were decentralised and distribution mechanisms simplified – this led to growth across the products made by the group – be it cookers, Woodward’s Gripe Water, Condoms, Hosiery and others. For ten years, TTK Prestige was successful in entering and selling their pressure cookers under the brand Manttra in the USA, with all the big chains there including Walmart, KMart, Kohl’s, JC Penney; come 2001, they faced considerable headwind from strong Chinese competition and bankrupty’s of their customers due to 9/11 terrorist attacks. This led to TTK Prestige exiting the market and moving to a white labelling arrangement with Meyer who owned the Prestige brand in the USA.

If you take the market for granted, very quickly everybody has caught up with you, and you find yourself losing market share.

Back in India, in 2001, then Managing Director of TTK Prestige Mr S Ravichandran had introduced a “Smart” line of pressure cookers which had many interfaces, ability to cook together various foods which require different cooking times, and release steam to make these adjustements – this was the biggest innovation in the industry, but unfortunately it tanked and the company had to exchange every smart cooker with a conventional pressure cooker. This was a classic failure of the company and was a learning. Finally on December 2002, the last of the loans of the Group was paid and TTJ aired a sigh of relief!

With the debt behind them, in 2003, the company decided to focus on adding new products, gain bigger market share and expand customer base – there was unprecendented growth due to this revised strategy.

TTJ was a person with multiple talents – he is a successful business leader, an inventor, a mentor, a fantasic cook, trained sports man, a musician, someone who knows to knit and sew, and a lovely family man.

TTK Group apart from TTK Prestige, also has TTK Healthcare which was run TTJ’s younger brother Mr T T Raghunathan, which is involved in pharmaceuticals,  consumer products, biomedical devices and foods. Their flagship was their line of condoms, but the journey was not smooth. Having started selling Condoms in 1948, the company started a new brand Kohinoor in 1979 which instantly became a top seller, but in 2010 Reckitt Benckiser took away both Kohinoor and Durex brands. Left with factories which had the capacity to produce 2.1 billion condoms a year, TTK Healthcare was left with no product to make or a brand to sell. Then in 2012, they introduced Skore brand, which quickly achieved 10% marketshare in the next three years, today TTK Healthcare continues to manufacture Durex condoms for Reckitt. The impact of the company in this line of business can be well understood from this quote from Mr R Saranyan (Disclaimer: He is my cousin sister’s husband) – “Any condom factory in the world is led by a person who has trained at TTK’s condom factory… And TTK is a pioneer in this business. Nearly all the machines that make condoms are fabricated in-house, in the factories“.

It is the karma of a businessman to run a successful business.

Overall, the book was a great learning. I wish the author(s) had shared more of the challenges faced in the course of his long journey. After going through the initial challenges that led to invention of GRS, coming up with the marketing slogan, handling the various financial struggles, the book tends to fast forward the next 3 decades and covering only the successes. I would’ve loved to read about every major milestone of his journey. 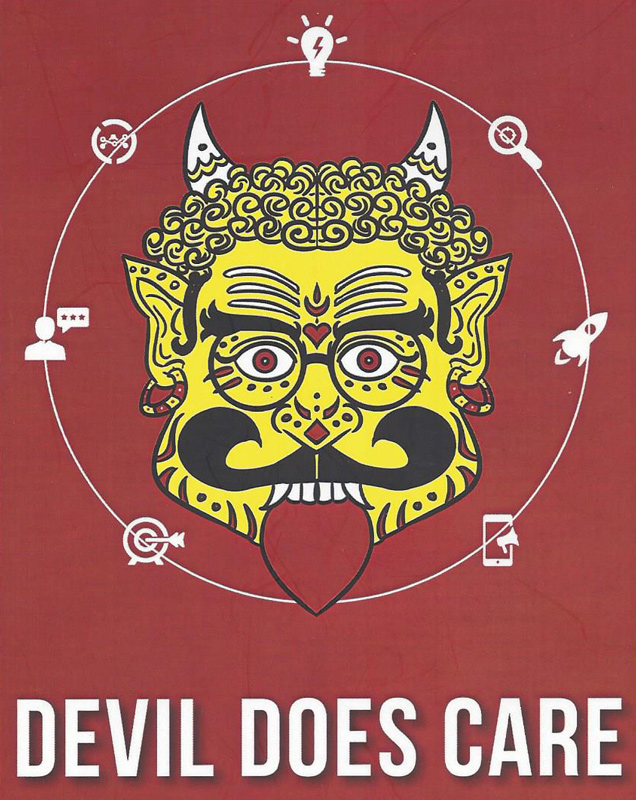 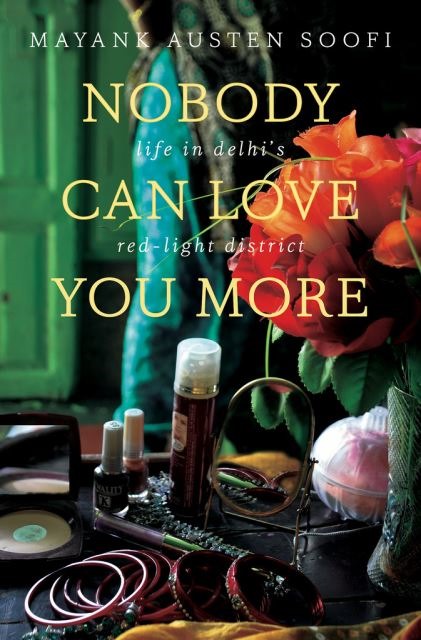 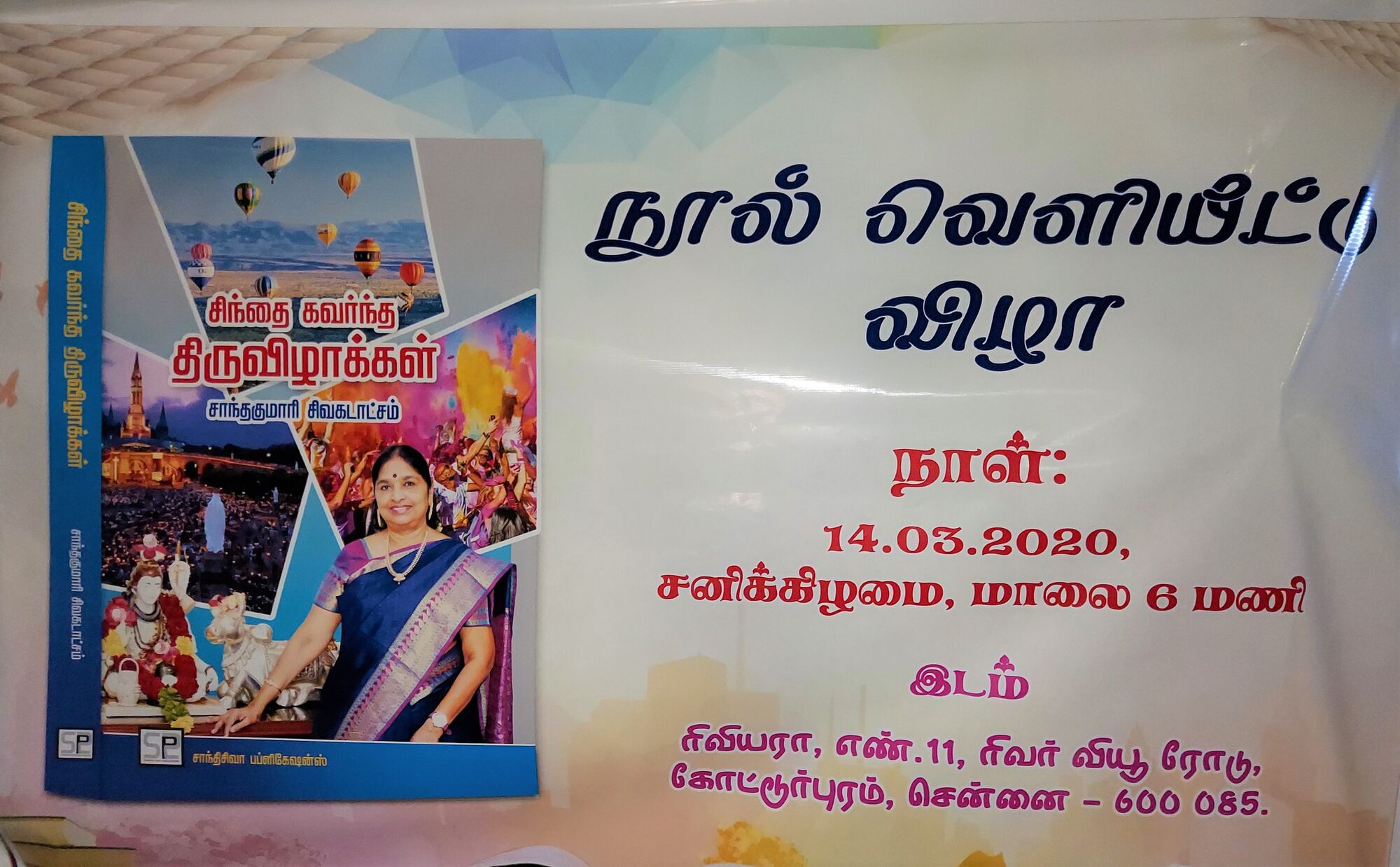