The byline “எங்கள் வீட்டு பிள்ளை” was a sure giveaway that I should’ve noticed – Kadaikutty Singam (2018) starring Karthi is a modern-day take of an MGR era village story. That by itself is not bad, but I have a problem when a film offers nothing new over the original(s) and is satisfied by just being a mere copy. Films are personal tastes and this one proves it too – my 6 friends who watched the film along with me liked it a lot, but not me. The film starts with a bull race, which also was the Hero and Villain introduction scene. Gunasingam (Karthi) is the sixth child and the only son of a village patriarch (played by veteran Sathyaraj), he is special to everyone in the family including his five sisters and their two daughters played by Arthana Binu and Priya Bhavani Shankar – both of them dreaming from their childhood that they will get to marry their uncle Gunasingam. Shockingly for them, Gunasingam falls in love with a girl Kannukiniyal who hails from <wait for it> villain’s family, this upsets all the five sisters who then tear apart the family and destroy everyone’s peace. How they all patch up and normalcy is restored is the rest of the film told along with fight scenes in the mix.

Dialogues were short and crisp, except in the scene where Gunasingam delivers a sermon on the virtue of being a farmer – which felt like a documentary in DD Podhigai. Soori has refrained from his usual style of so-called comedy and has done a good supporting role.

Having five sister characters (for no obvious reason other than to create a large family) and their individual husbands was overwhelming, I lost count and was unable to relate to any of them. The story had all the potential to be made into a great family emotional drama, which Director Pandiraj has tried his best, unfortunately, because of a mass-hero Karthi in the fray, he seems to have compromised and included a villain character and action scenes sneak in creating an identity crisis for the film. I also don’t understand the trend nowadays in Tamil cinema to go for a weak casting for the antagonist – one of the reasons for MGR films to be remembered even after decades are the roles played by Nambiar and Asokan, in this film the villain didn’t impress me at all. Indian Cinema is known for ageing heroes paired with (teenage) heroines, still, Sayyeshaa appears to be very young to be the pair for Karthi – for me, in most scenes especially in the duet songs, she comes out as Karthi’s daughter rather than his love interest.

Overall, a film that left me with no impression. 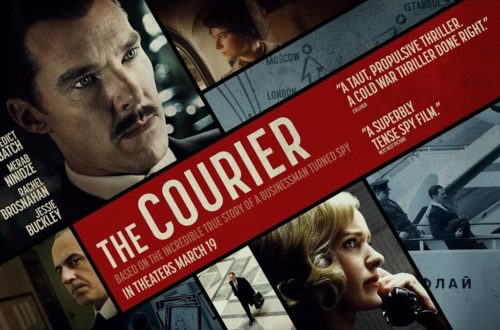