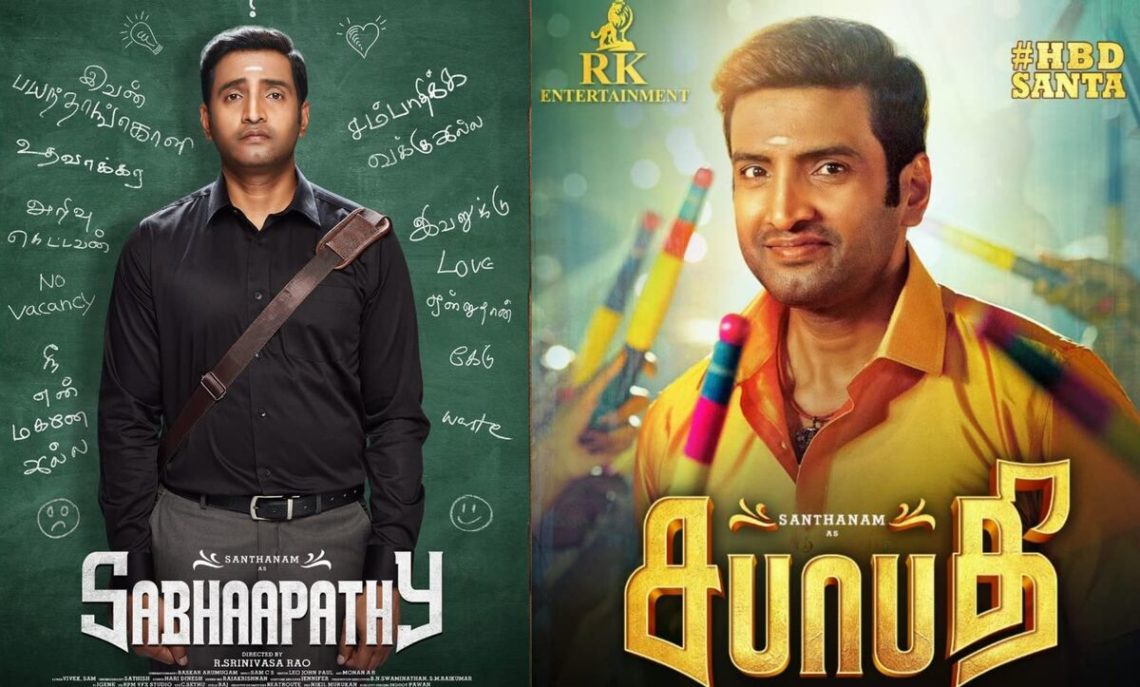 Sabhaapathy (2021) is a Tamil Comedy film starring Santhanam. Surprisingly, unlike the recent films of the actor, the humour in this film, while not great, was least offensive and enjoyable. Available on Amazon Prime gets a Raw.

The story is about a suitcase full of money belonging to a corrupt politician coming into the possession of Sabapathy, a young man looking for a job in Srirangam, Trichy. Sabapathy is having a troubled relationship with his father, Ganapathy (played by M S Bhaskar), this complicates Sabapathy’s love with the girl living opposite their house. Did Sabapathy get a job, win over the girl and resolve issues with his father while managing to stay away from the politician who is looking to kill him?

The film was predictable and boring. But in the middle, in the scenes between the father and the son, M S Bhaskar was outstanding. Other than these two, everyone else including the female lead played by Preeti Verma had limited roles, so was the villain, Sayaji Shinde.