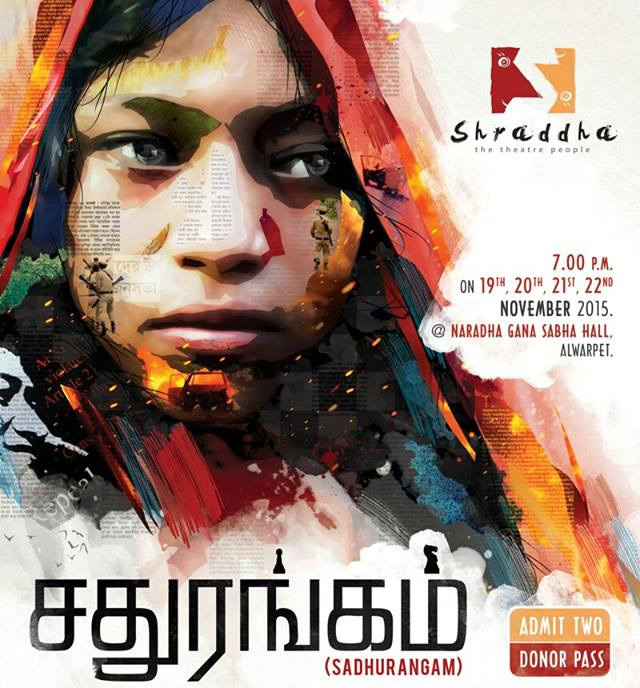 Happy Birthday Shraddha Theatres for completing 5 years, you have been doing an exceptional work in promoting Tamil Theatre and many budding talents on stage. Their latest production is Sadhurangam, an unconventional theme for a theatre play. Based on a story by Anand Raghav it’s about struggle of innocent people everywhere caught in armed conflict zones.

For Indians like me who are far removed from North East parts of our country, Manipur state is a small dot in map and recalled only for it’s natural beauty and for armed conflicts like rest of the region. We have been led to believe that our neighbouring states China and Pakistan are mostly responsible for peace not prevailing in these parts of India. In school my history lessons were limited to Delhi rulers and South Indian Kings, no mention of Indian North Eastern princely states. Today main stream media in India does little coverage of the region other than Prime Minister or President visits, so it’s not surprising I knew nothing about the history of the state or details of the armed conflict there.

Sadhurangam play starts with two Indian Army soldiers in a barracks playing Chess (in Tamil சதுரங்கம், lending the title to the play) over a drinking binge. They have just returned from an encounter killing of 10 insurgents in a crowded market, and they have with them two suspects arrested in their custody. The chess game is used effectively as a metaphor for story telling by Director G.Krishnamoorthy. Rest of the play is about events we see from the two soldiers conversations and flashbacks of the two poor suspects. At 90 minutes duration it was not a long play.

The play comes out critical in its portrayal of Indian Law Enforcement and Officials in handling the insurgency, at the same time it does show their difficulties as well – cultural, language differences they face, fighting against many dozens armed groups who are dispersed widely amongst civilians.  One of the soldier airs his frustration as being powerless, when he recalls his superior officer’s motto – “Fire Kharo, Bandh Kharo; Fire Kharo, Bandh Kharo” meaning we need to shot when we are ordered and when politicians negotiate peace we need to stop shooting; then when the peace is broken we need to shot and the cycle repeats.

The two suspects are agrarians with the focus on telling the story of the unmarried girl played by Archna Sharma. The girl’s brother has run away from house to join an insurgency group and her father begging with local police to trace his son. The girl’s fiancée relocating to greener pastures in Kolkata leaving her stranded behind in Manipur. The girl joining a peaceful night patrol group for self defence. In a candle light watch the all women group sing a patriotic song “மணிப்பூர் இல்லாமல் நான் இல்லை, நான் இல்லாமல் மணிப்பூர் இல்லை” (I don’t exist without Manipur, Manipur doesn’t exist without me).

In a conversation happening in power corridors of New Delhi, Ishwaran a bureaucrat from Home Ministry is put on a spotlight by Human Rights Commission member Mallika over the encounter killings in Manipur.  Ishwaran says “You can’t comment just by reading Wikipedia. Every insurgency problem can’t be solved by going back in time (and by giving territories away)“.

Like in most insurgencies the core cause gets weakened over the years due to infighting, in Manipur’s case it’s shown in the play by the murder by one of the groups of a well known fire writer Rishikanth alias Sangai Express.

As a documentary Sadhurangam succeeds and should be welcomed across India for creating awareness about the suffering of people in Manipur, but as a theatre play it falls short in it’s story telling. 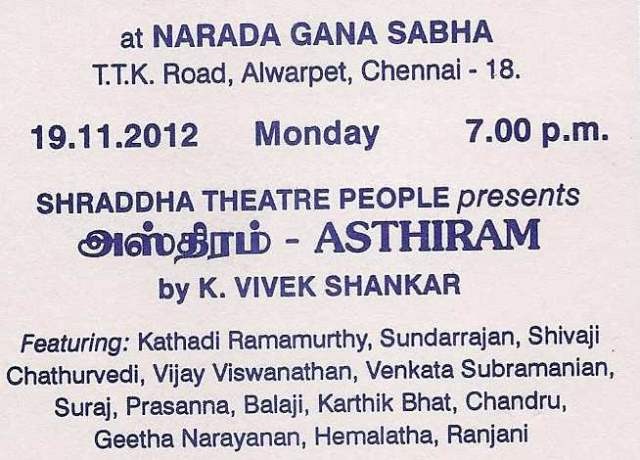 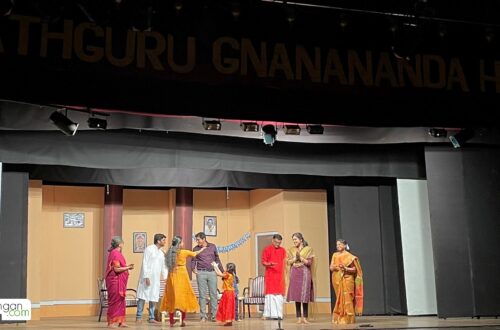 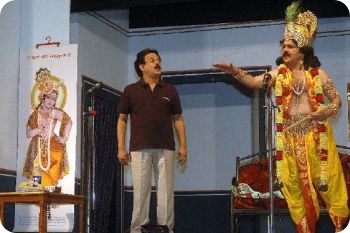