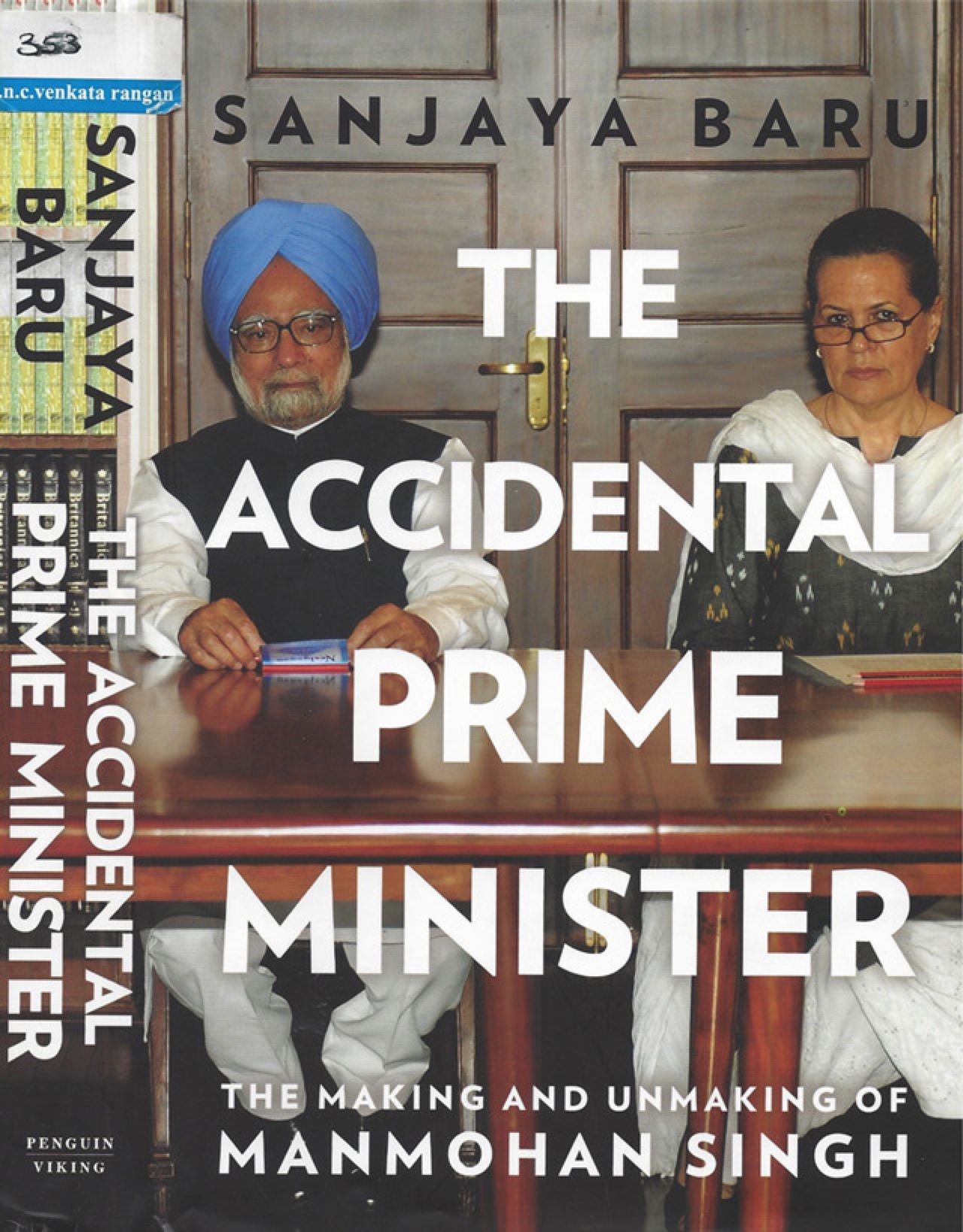 Dr.Manmohan Singh has many accolades to him. He is the incumbent Prime Minister of India, serving for 10 years in the office, which makes him third after Nehru & Indira in the duration of their time in office. He was the finance minister who in 1991 under Sri P.V.Narasimha Rao who unleashed the Tiger (Indian Economy) by bringing in reforms which has over last two and half decades pulled out hundreds of millions from poverty. Till then whichever party was in power Economic Liberalization was a sure way to end your political career, it was a common compulsion in both sides of the house to be seen as a socialist. Dr.Singh is an alumni of University of Cambridge & University of Oxford, worked for the United Nations in 1966–69, Governor of Reserve Bank of India (RBI) in 1980-82 and has held many other covetable offices.

This book “The Accidental Prime Minister” has been the most talked about in the Election 2014 season that’s underway in India. Mr.Sanjaya Baru quotes a long line of friends and pedigree in Indian Civil Services. Having served as the media adviser to The Prime Minister (PM) from 2004-2008 during the first term of Dr.Manmohan Singh, this book is Baru’s memoir. Baru is a prodigy of K.Subrahmanyam and he doesn’t miss to highlight occassions where PM seeks K.Subrahmanyam’s advise. Baru has given an apt byline for the book “The Making & Unmaking of Manmohan Singh”. The events up to the time of Dr.Singh becoming Prime Minister and UPA-1 term was the making of Dr.Singh, his second term (UPA-2) was the unmaking.

Even though Dr.Singh’s second term (UPA-2) has been rattled by scams and corruption scandals from all corners of his government, they have all stopped in front of his office door. That speaks volumes on the integrity of this man. Even though he was made the Prime Minister of India  by Sonia Gandhi in 2004, he earned his office after 2009 elections due to merits that people saw in him. Looking back from 2014 to that victory (one of the best of Indian National Congress in recent decades) in 2008, it is sad. The man who earned the title “Singh is King” (after a bollywood movie) just after the Indo-US deal in 2008 has found himself to media ridicule. The expectations and hopes of millions of Indians placed on Dr.Singh was wasted due to what his critics have termed as Policy Paralysis of his Government in the last few years – which is called as  the unmaking of Dr.Singh in this book.

If you are looking for details on how NAC (National Advisory Council), a non-constitutional authority chaired by Sonia Gandhi overshadowed PMO, then Baru doesn’t have those. Baru introducing the book says he never carried notes during his tenure and the book is compilations of incidents from his memory, not a comforting thought for an otherwise important memoir. The book has details on the UPA-1 term which is not surprising given the fact the author has served in PMO only till 2008, so when it comes to UPA-2 term he speculates reasons for the unmaking – PM’s shyness, throwing away the opportunity to enforce his will after 2009 victory, Dr.Singh’s civil service years teaching him to mind his own business when it comes to integrity which he thoroughly ensured with his family but didn’t extend to his colleagues.

In ten years of office, it is surprising that Dr.Singh has done only 3 press conferences which is indicated to be one of his major drawbacks and disconnects with electorate. Baru takes credit for the successful running of the first press conference in 2004, which was run under his watch as media advisor. Even then Dr.Singh was unwilling to develop a brand for him, instead leaving Sonia Gandhi and the party to be the public faces of his government. Baru writes how Dr.Singh did away with the Intelligence briefing done everyday to PM, instead asking IB to brief his NSA head J.N.(Mani) Dixit and later M.K.Narayanan. He makes us wonder whether this was throwing away of a leverage that a PM normally used over his cabinet and colleagues.

Baru quotes an incident when PM at his residence calling Baru to the room where he was seated along with Mrs.Kaur and queried what did you say to US Consulate general?. This was during the time Prime Minister after pushing for Nuclear Deal was kind of let down by Sonia Gandhi when she publicly indicated that they will not take rash decisions with allies and PM following up by saying we are not a single agenda government giving the impression that they may sacrifice the deal. Baru answered I told him “Que Sera Sera“, PM countering with “What do you mean”, Baru replies “Whatever will be, will be”. Mrs.Kaur who probably was familiar with the song having watched the Alfred Hitchcock’s thriller “The Man Who Knew Too Much” in which Doris Day sang the song “Que Sera Sera”. Immediately on reading this, I downloaded the song from Nokia MixRadio and it turns out to be a thoughtful melody. Check it out from here.

After reading the book when I shared it to a Rajya Sabha MP, he rightfully pointed out the incorrectness of the first paragraph in the book. Baru says “None of my predecessors in the Prime Minister’s Office (PMO) has ever written a full account of his time there”. In reality I could find at least two books on the subject – My Days with Nehru by M.O.Mathai, My Years with Indira Gandhi by P.C.Alexander. For rest of the book is good,  we can discount this to have crept in due to publishing deadlines. Overall this book is what the doctor ordered for this election season, it helps us to understand the soft-spoken Sikh who shaped India in the last decade.

Update 13/May/2014. Today Opposition Leader of Upper House Mr.Arun Jaitley summed up  what in my opinion  many in this country respectfully feel about Dr.Singh: “It was his inability to overrule people which affected his functioning. He did not have the last word. Had he overruled his Finance Minister on the retrospective tax law knowing fully well the consequences of a retrospective taxation, the Prime Minister would have stood out. If he had stood up and cancelled the coal blocks allocation once the fraud was revealed or cancelled the 2G licences himself rather than wait for the court to do it, I have no doubt that history would have recorded him very differently” wrote Jaitely. 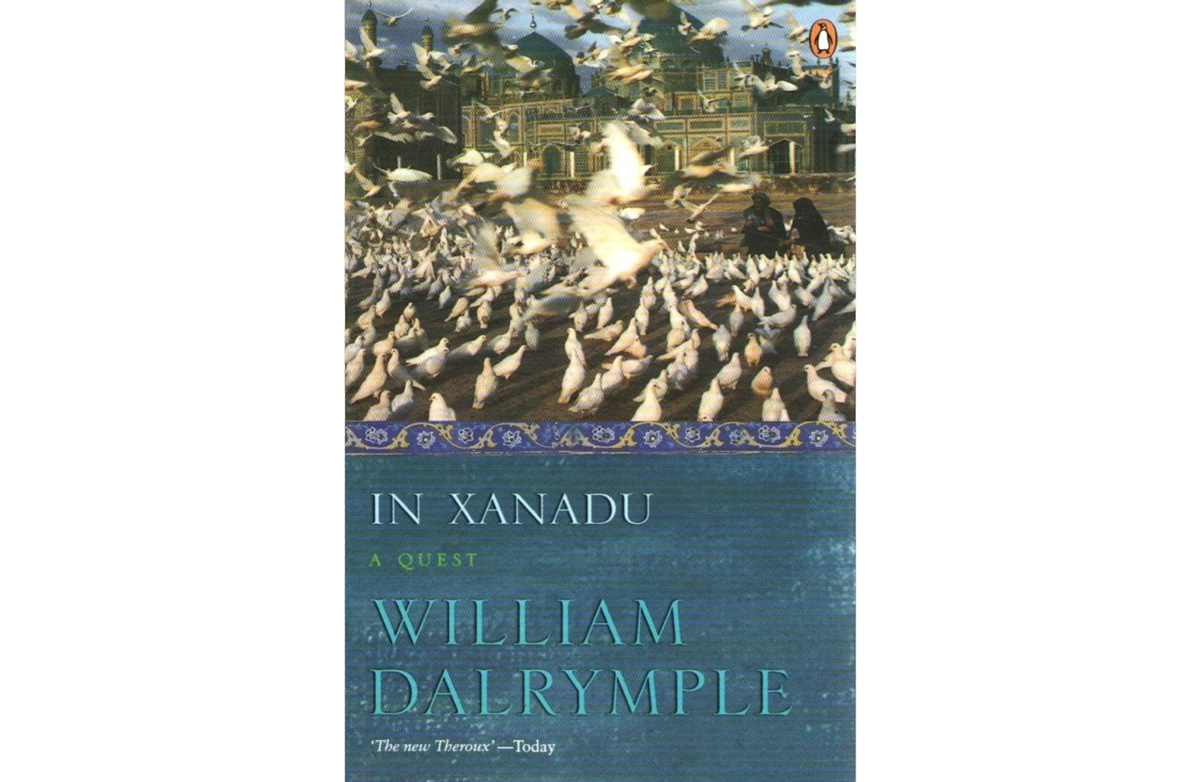 In Xanadu : A Quest by William Dalrymple 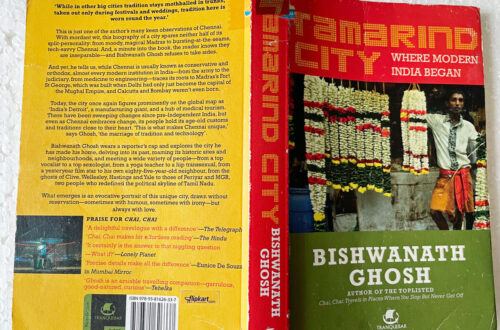