With the many reviews coming from third parties including The Verge, CNET & MKBHD, the Apple Silicon Mac computers seem to be living up to the promises made by Apple on stage. That’s great news. Many software developers (big firms and open-source) like Microsoft Office, Google Chrome, Tensorflow have been posting about their support for Apple Silicon, this is unprecedented for a new CPU architecture. Apple Silicon seems to be marking the beginning of the end of Intel’s x86 on desktop computing.

I know it is a v1 product, but still, I am so tempted to buy a Macbook Pro

Today is certainly a momentous day for the PC & Mac industry and probably marks the beginning of the end of the four decades-long reigns of Intel x86 CPUs on the desktop.  Apple announced the release of their own silicon (CPU) named M1 that has been built exclusively for the Mac line of desktop computers. Yes, Microsoft for well over a year has been using their custom chip SQ1 built with Qualcomm for their Surface Pro X lineup, but due to the limitations of Windows on Arm and the premium price tag, the uptake has been lacklustre. Unlike Microsoft, Apple is known to let newer technology and the software like the emulator (which are extremely complex) to mature before launching.

The presentation from Apple campus was super sleek. Apple has been rocking this year, first with the iPad 2020/Watch 6 launch, then the iPhone 12 launch and now the Apple Silicon-based lineup of Mac computers. Apple also has been consistently improving with these virtual events. For the records, I did like Microsoft’s Build 2020 virtual event keynoted by Sathya Nadella which had many of the speakers present from their home’s which made them appear friendly and relatable to the audience.  I am liking these (virtual events) over the live audience ones – in the Apple’s events the backdrop of the stunning space capsule was awesome.

Apple under Tim Cook even after a decade of the visionary Steve Jobs passing away is still rocking! Kudos to them!

As for me, I have been a power user of Windows from Windows 3.1 days and I love Windows 10, it is where I feel I am most productive. Yet, for many years I have used on-and-off a Mac,  like the MacBook Air in 2008 – which was a phenomenal piece of engineering for a laptop. When it comes to the hardware quality you will have to give it to Apple – even after almost a decade my iMac 2011 still runs just fine and after two decades the iMac summer 2001 that I have still functions. To be fair, the Microsoft Surface Pro 1 I have from 2013 too keeps chugging along.

I was talking to a friend about the impact of Apple Silicon-based Macs in the overall computer industry. He feels that Macs will take significant market share away from PC & Chromebook shipments. While I think Apple Silicon will be a success, it will not be that dramatic.

Even after a decade, the iPhone is the number 1 smartphone in terms of revenue and profits, yet it has only a 14-15% global market share. If you see the total number of computers sold worldwide in this year (estimate) in the chart below, Mac sales are about 20 Million per year, same as Chromebooks, and this number of 20 Million per year has remained almost constant for the last 7+ years. Compare this with the number of PCs sold in 2020 which (estimated) are 285 Million. And the average price of a PC sold is about $630 in the USA, and the Apple Mac I suppose will be double of that figure.

So, as a best-case, I feel Apple Silicon Mac computers may double the number of units sold per year in the next five years. Likely this will be eating iPad sales which are facing pressures from their (own) long-lasting build quality, smartphones like iPhone 12 Pro Max becoming larger and larger, and Apple MacBook Air’s bringing the fan-less convenience, long battery life, gorgeous screens and the apps of iOS, diminishing the appeal of iPads, whose primary differentiator remains that of having a touchscreen. 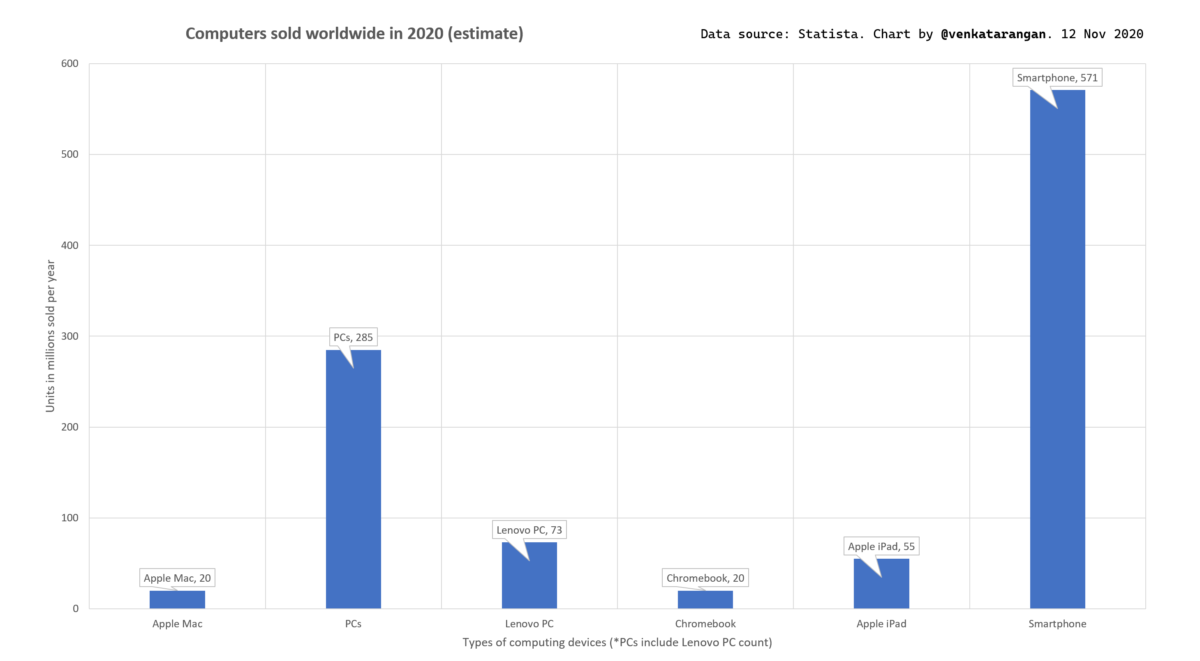 In summary, I know it is a v1 product, but still, I am so tempted to buy an M1 MacBook Pro, if not an M1 Mac Mini. I do need to check out the compatibility of Microsoft Office, Visual Studio Code & software drivers like the Logitech Brio webcam and the HP Printer I have. 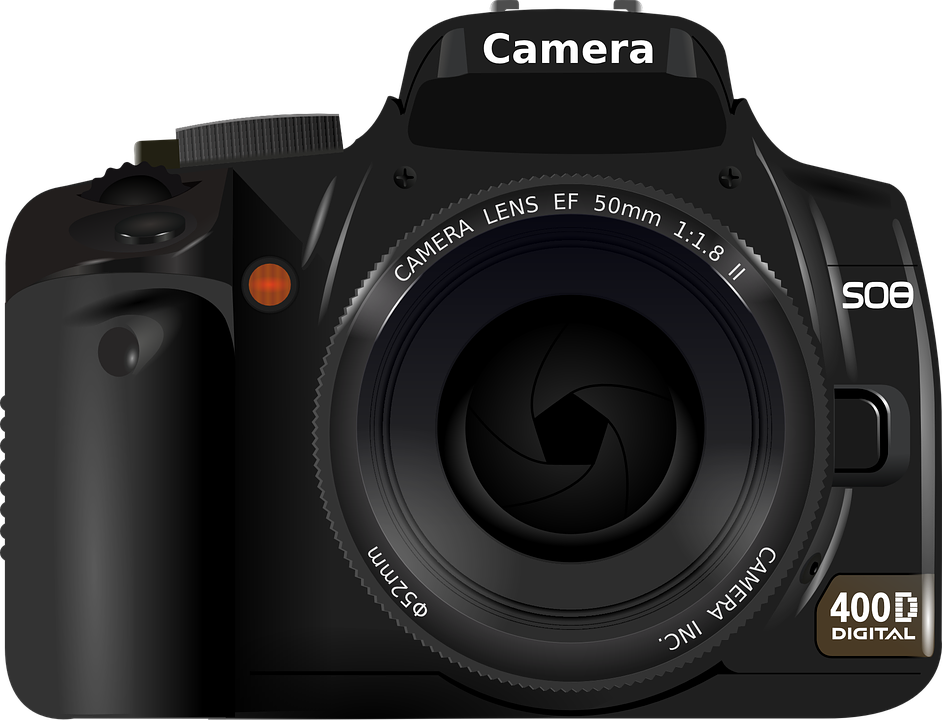 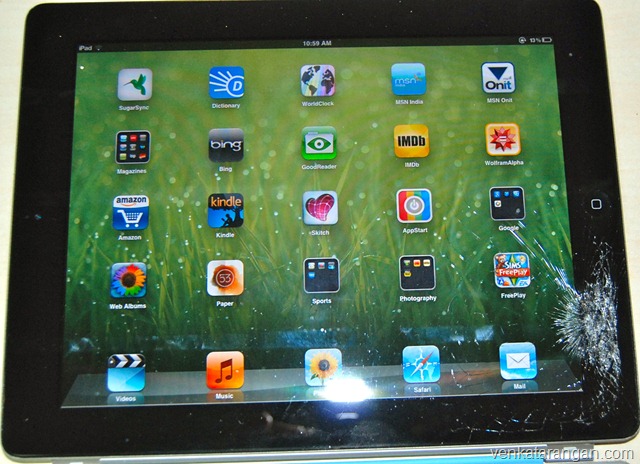