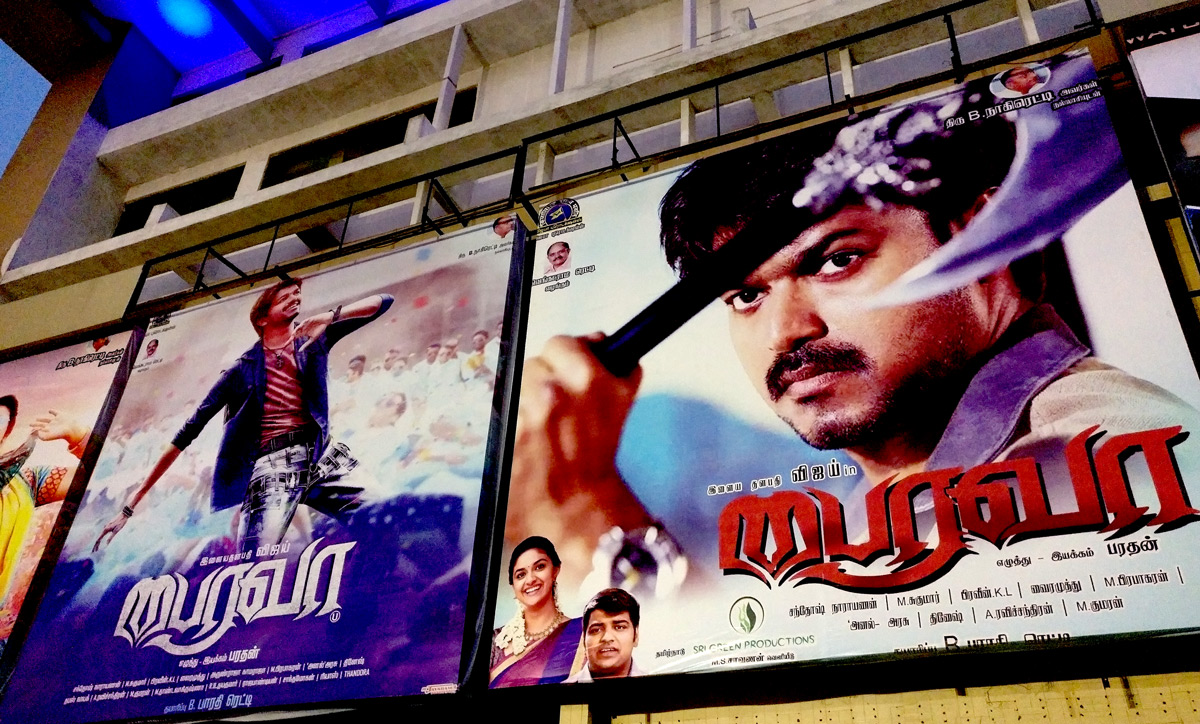 Bairavaa (2017) is a treat for Vijay‘s fans for this Pongal. It’s an all out masala film packed with action scene from word go, don’t go looking for anything else. Period.

The story is about a bank collection agent Bairavaa meeting Malarvizhi in a marriage function and falling in love with her. Malarvizhi a medical student from Tirunelveli sees her classmate raped and killed by villain gang headed by PK, a local thug turned industrialist. Malarvizhi goes to court seeking action against PK, only to see them attacking her family. In this background Bairavaa enters her life going after PK & gang to demolish them individually.

Vijay as Bairavaa sports impressive physique, his weight reduction is visible and he  has delivered good performances in fight and dance sequences as usual for him. Keerthy Suresh as Malarvizhi, Bairavaa’s lover has done her role aptly, clear improvement in her dance and acting, good luck to her for more successes.  The theme music “Varlaam Vaarlam Vaa Bairavaa” sung by Roshan Jamrock & Arunraja Kamaran and composed by Santhosh Narayanan provides the necessary tempo for all action scenes, the music does get stuck in your head as you leave the theatre. There is a cricket game played before the first fight with the deal for Vijay to not miss one single ball bowled which he does without missing a beat and trashing the rowdies at the same time, imaginative stuff here and was pulsating to watch.

The first one hour of the film was racing the next 2 hours were a drag, the editor Praveen K. L. could’ve have tightened the film easily by 30 minutes and made it interesting. I felt Jagapathi Babu as PK to have come out stylish looking, out of place for a criminal role. Several logic gaps are left throughout the film by Director Bharathan in plain sight – Malarvizhi misses Government college by 0.25 marks and gets PK Medical college, an upstart and not the several fine private colleges before it in the listing?,  Malarvizhi’s native is Tirunelveli so it’s surprising she or her father who is a police inspector not knowing the background & the lack of facilities in PK Medical college before selecting it, Malarvizhi’s home is near to the college so why is she staying in the college hostel?, Bairavaa makes so much effort in retrieving evidences from PK only to leave it unguarded with a local lawyer and that too without making any copies, in the climax the Rapid Action Force won’t even recognize an extra member in their midst and it’s simple enough for a collection agent to buy sniper rifles within hours.

Bairavaa – only for Vijay fans.

Happy Pongal to all of you! 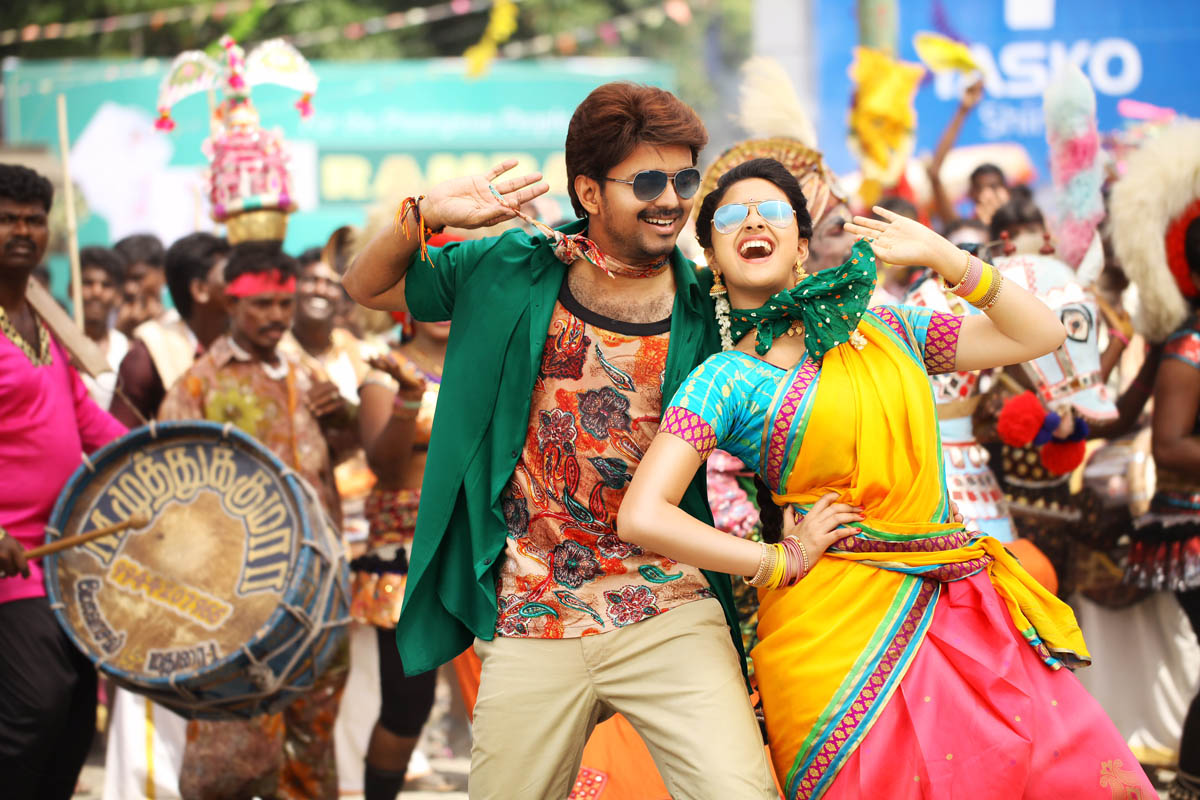