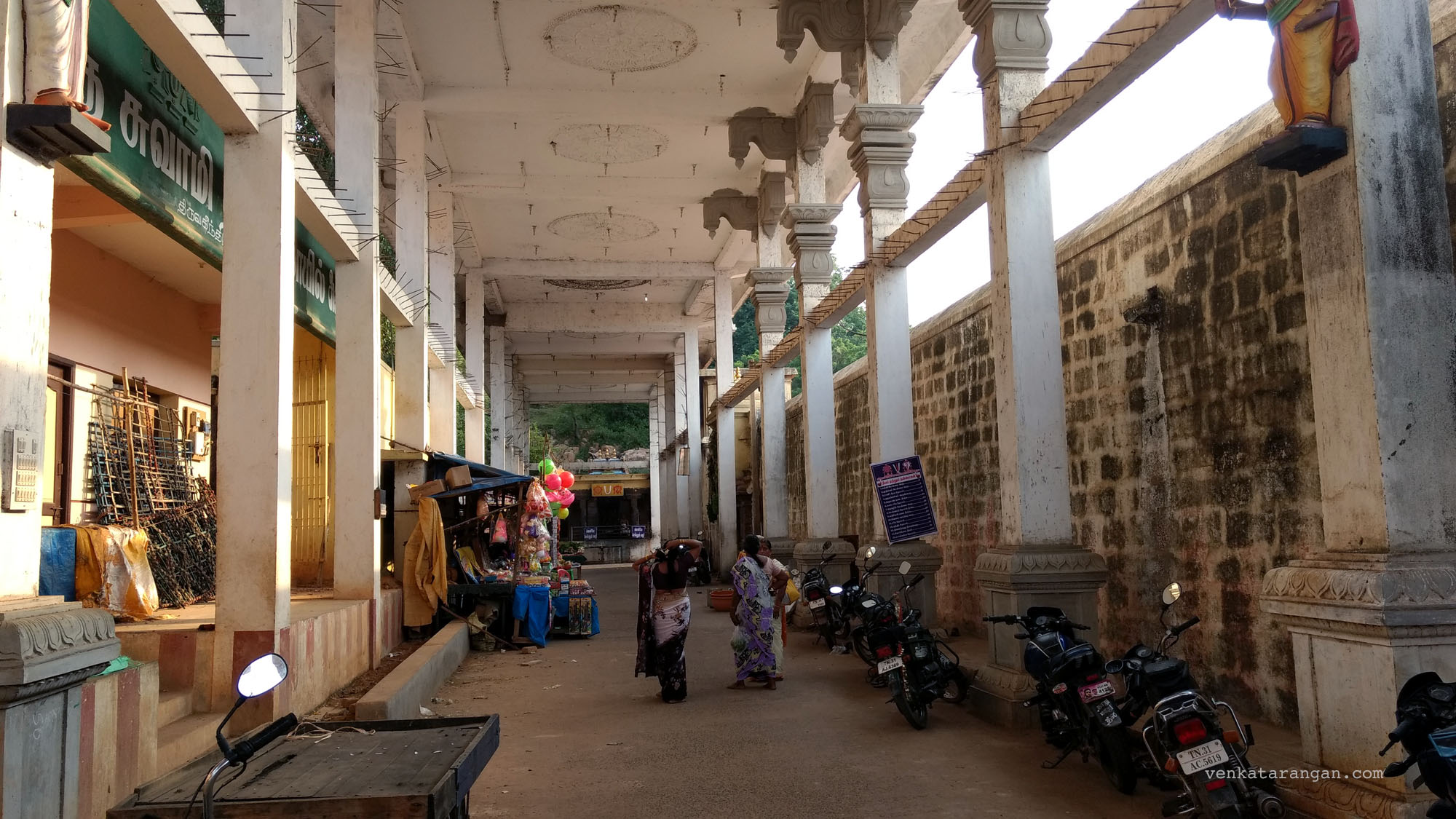 One of the villages in Cuddalore District near Thiruvahindrapuram by name Mettupalayam is the native place of my paternal Grandfather – Sri Satari Sevaka Sri Krishnaswamy Sarma, the founder of LIFCO Publishers. The temple in Thiruvahindrapuram is famous as it’s one of the 108 Divya Desams – a set of most important temples in the Vaishnavite path of Hinduism. The presiding deity here is Lord Devanathaswamy along with Goddess Hemabhujavalli. Compared to other South Indian temples this one though ancient is relatively a small one. You can see the entire temple in half-an-hour on a regular day, during marriage season the temple tends to get crowded due to the floating population.

Cuddalore is about 170Kms from Chennai, you can travel either by GST Road through Tindivanam or through East Coast Road; either ways you cut through Pondicherry city. From Cuddalore town, Thiruvahindrapuram is about 6-7KMs and overall it takes about 3.30-4 hours to reach the place from Chennai.

As per Wikipedia the temple is believed to be constructed during Medieval Cholas (9th century A.D.), making it more than 1000 years old. From the inscriptions the official website claims they see fluctuating fortunes of the Chola Pandia and the Pallavas. There are inscriptions of Kulothunga-1 (1070-1120), Vikrama Chola (1118-1135), Raja Raja III (1216–1256)and Sundara Pandia (1251–1268) about the gift of lands, money and sheep etc. and in the middle of 18 th century the English and french were at war within the reaches of this village. 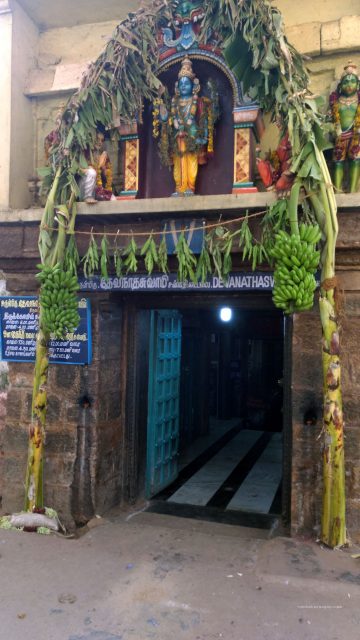 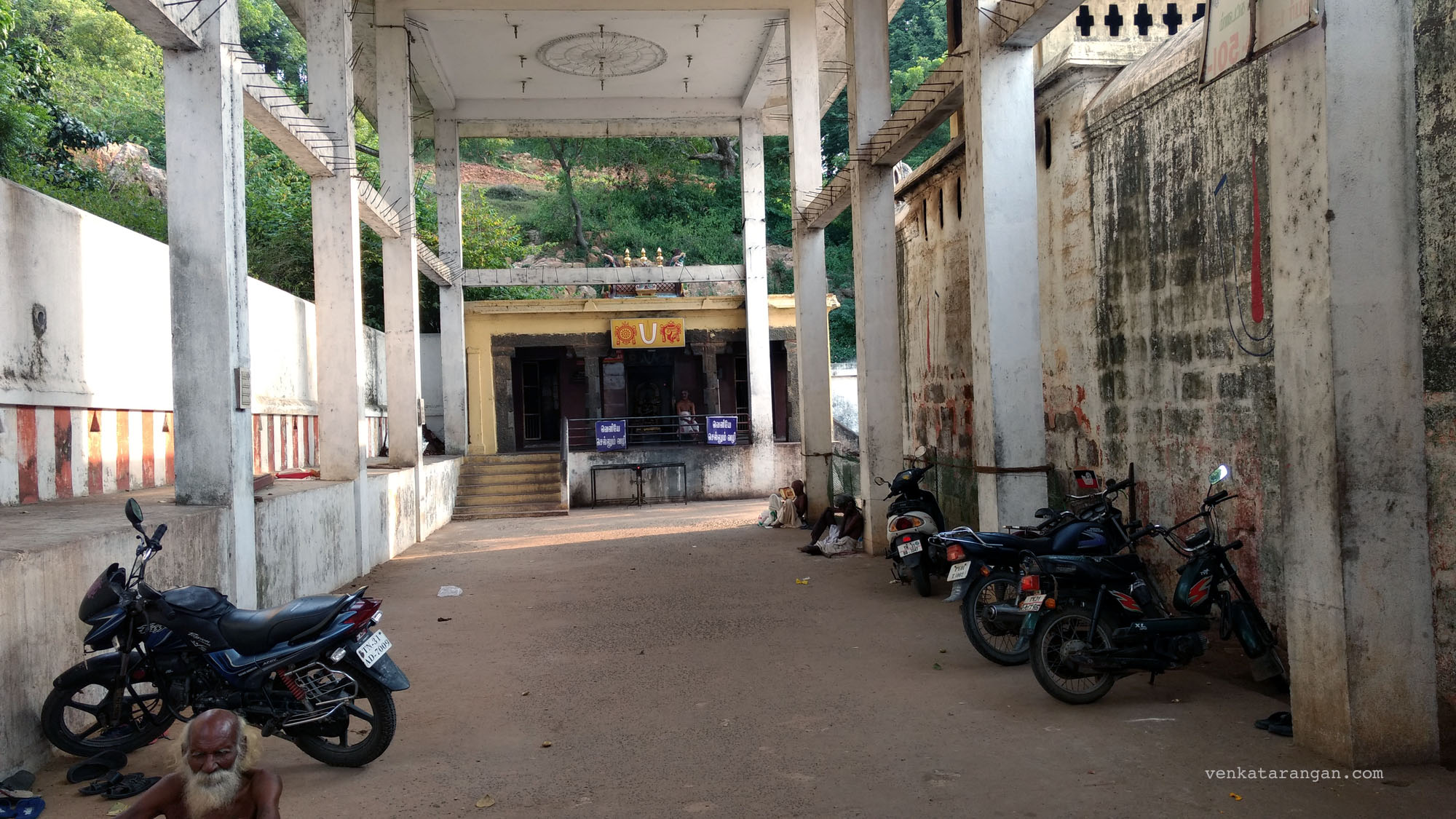 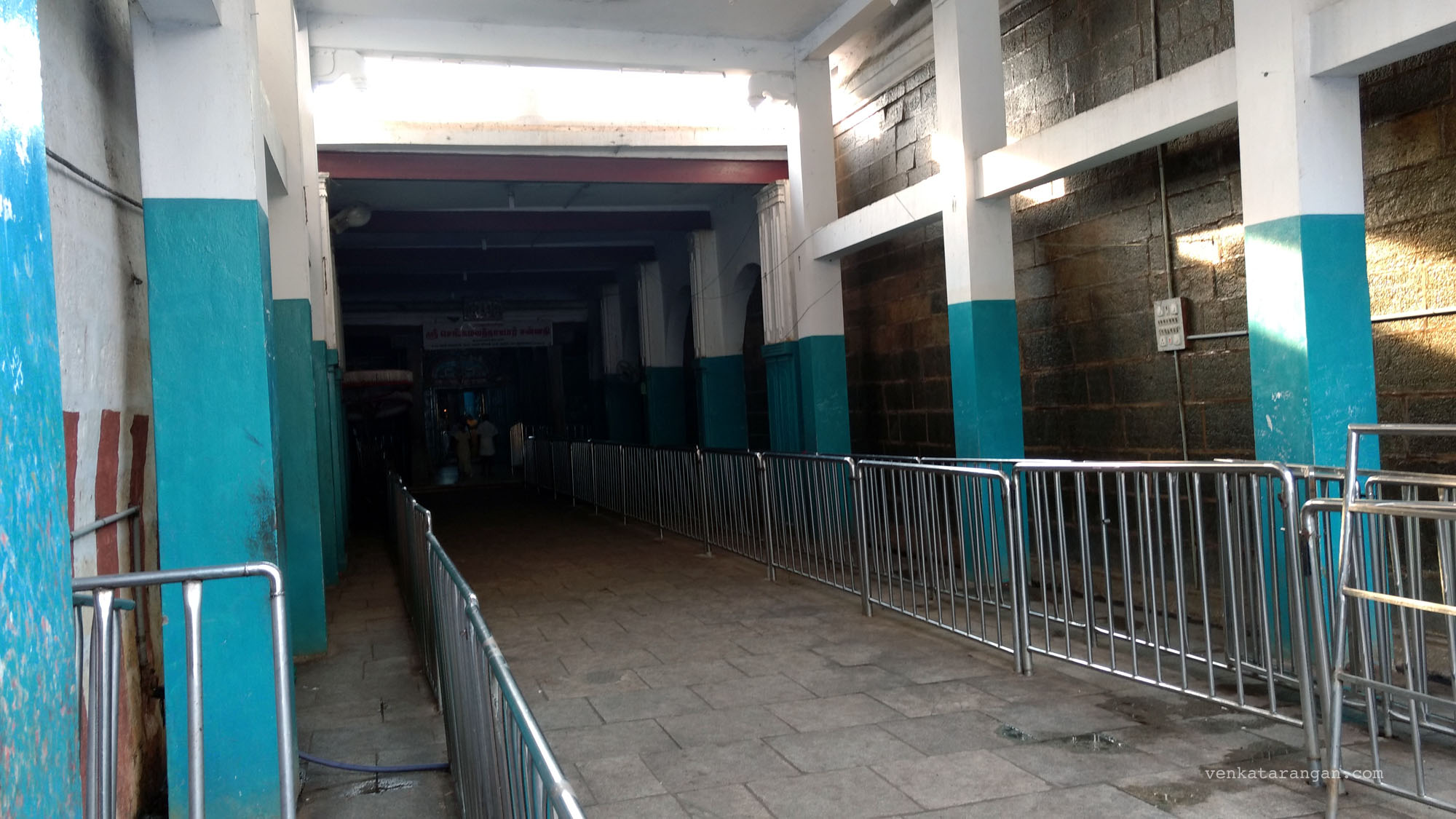 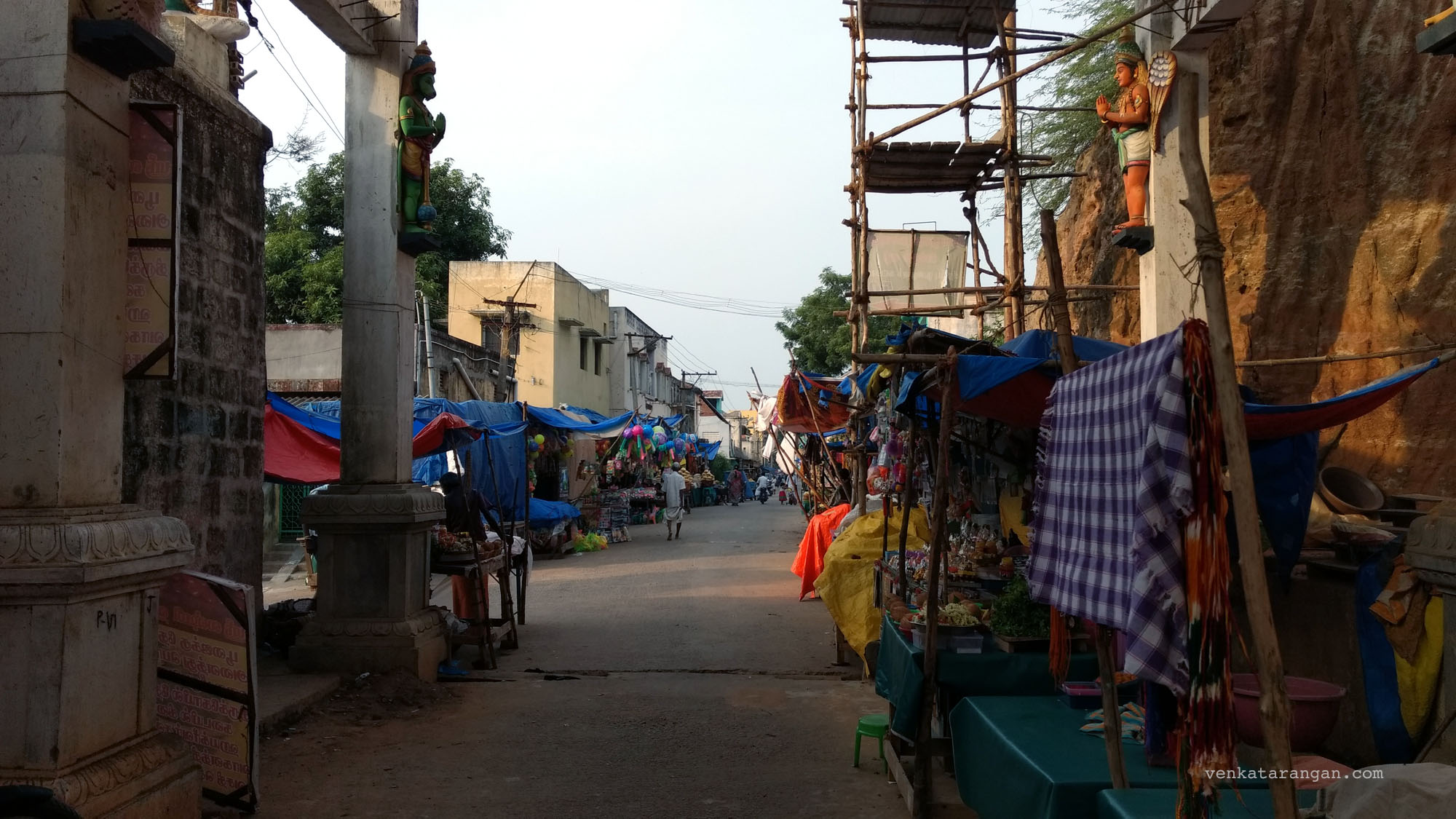 During Ramayana war between Rama and Ravna, Anumar (Lord Hanuman) carried a part of Sanjeevi Mountain from Himalayas to Sri Lanka, as he was flying over South India, a part of sanjeevi mountain fell down on a place in Thiruvahindrapuram and this place was known as Oushadagiri. This small hill is right in front of the temple and in the hilltop (which you reach by climbing about 60-70 steps) there is a shrine devoted to Lord Hayagreeva (Lord Vishnu’s incarnation with the face of the Horse). Lord Hayagreeva had advised Goddess Sarasvathi, the god of education regarding the mantras. This shrine is famous for being the place where Vaishnavite Acharya (Guru) Sri Nigamantha Maha Desika born in 13 th century stayed for about 40 years to perform penance to invoke Lord Garuda for initiation into Hayagriva Mantra and obtain full divinity. 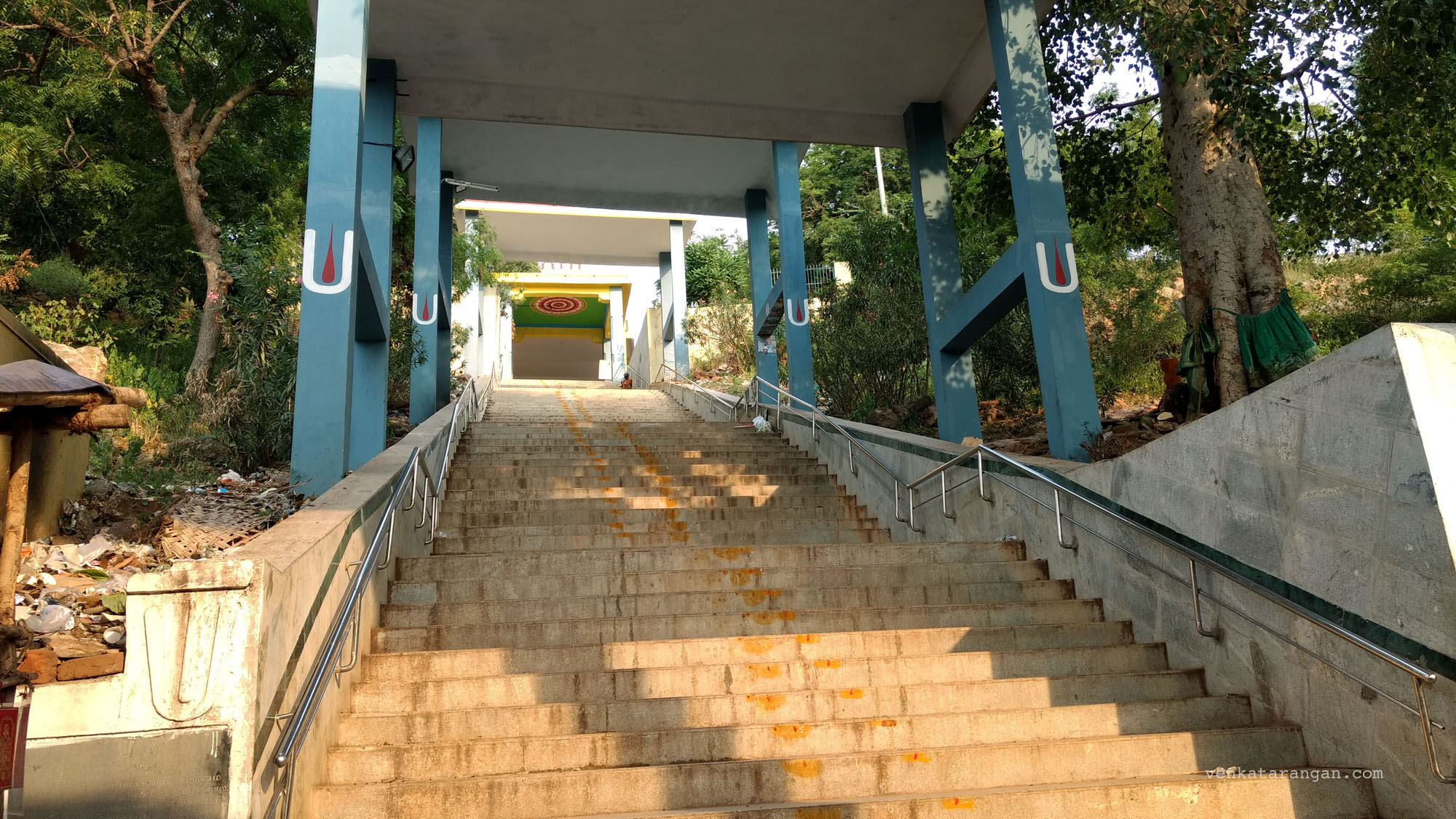 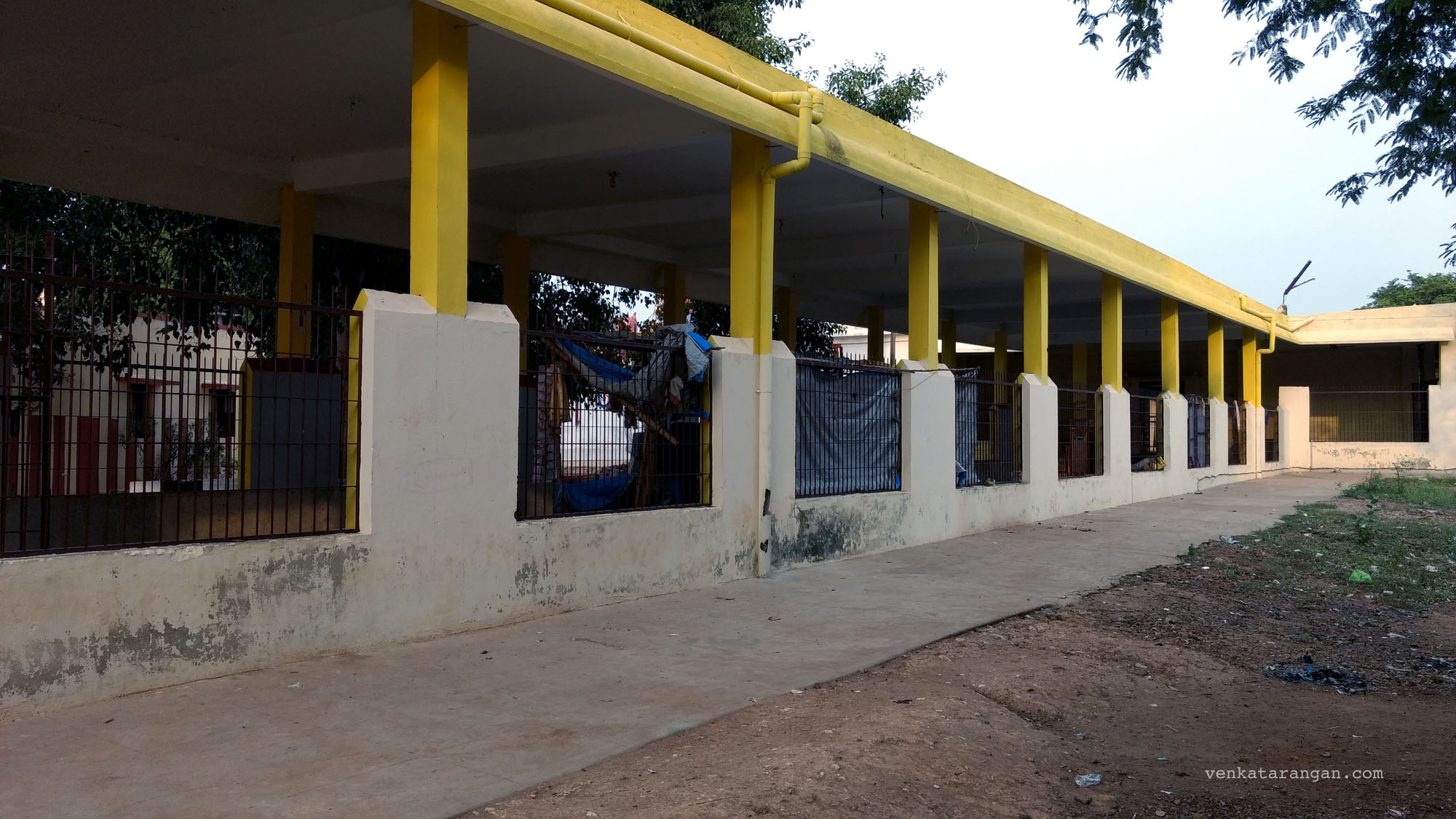 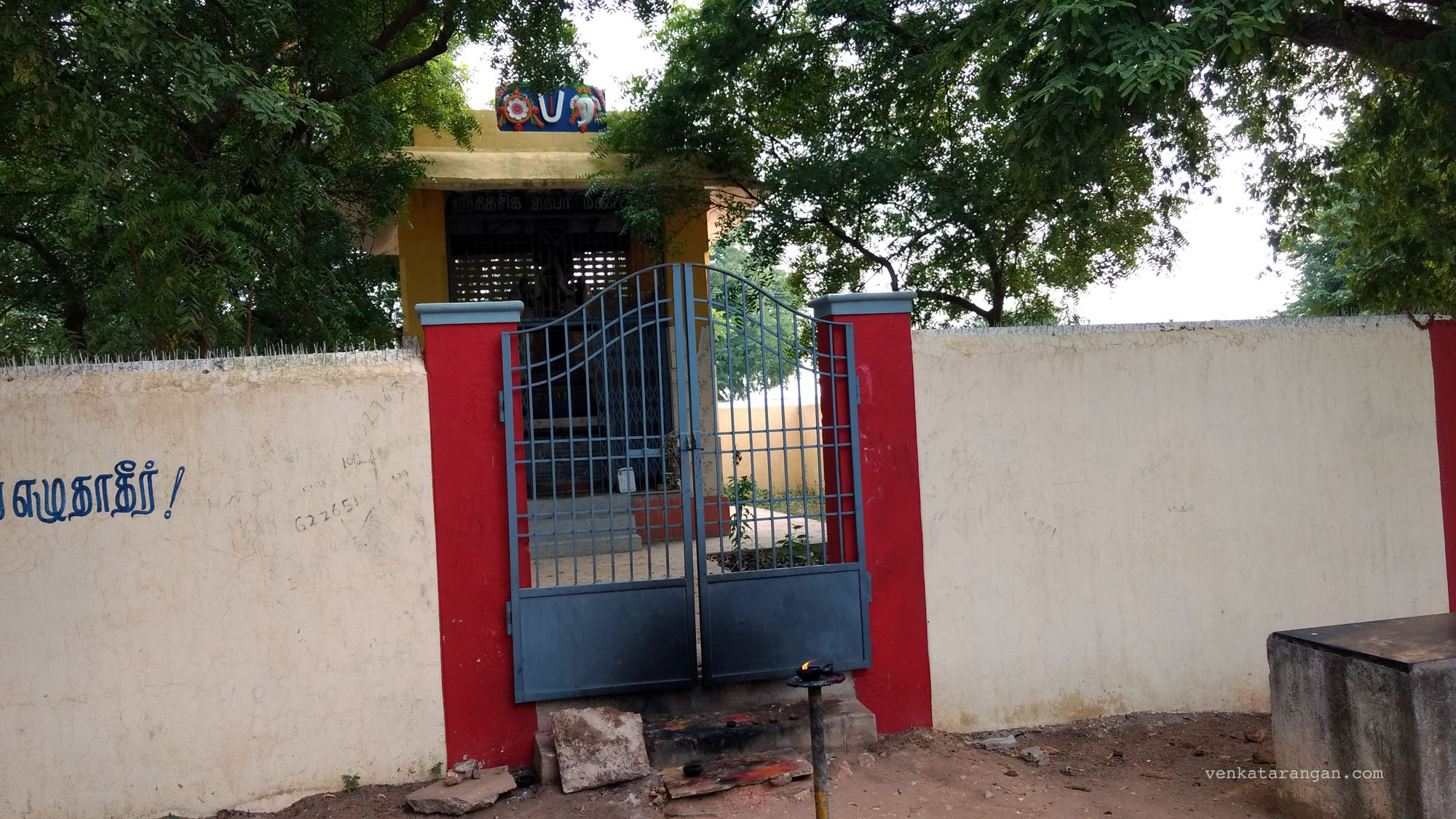 Over the years I had the opportunity to visit this shrine many times. Today I visited the town for attending a marriage engagement and had the privilege of having a nice darshan as only few other devotees apart from me were here. Nothing like a peaceful darshan without crowd. 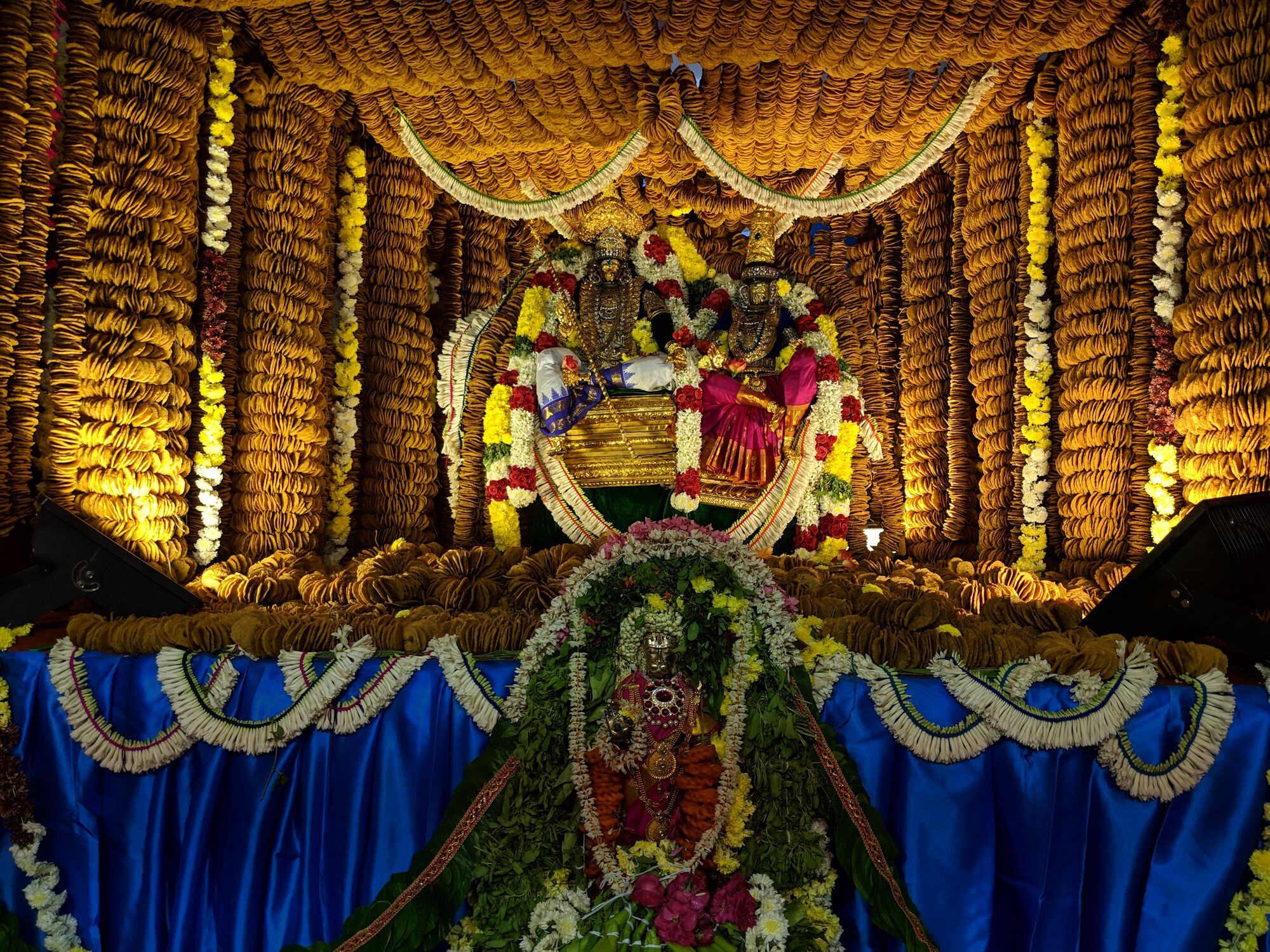 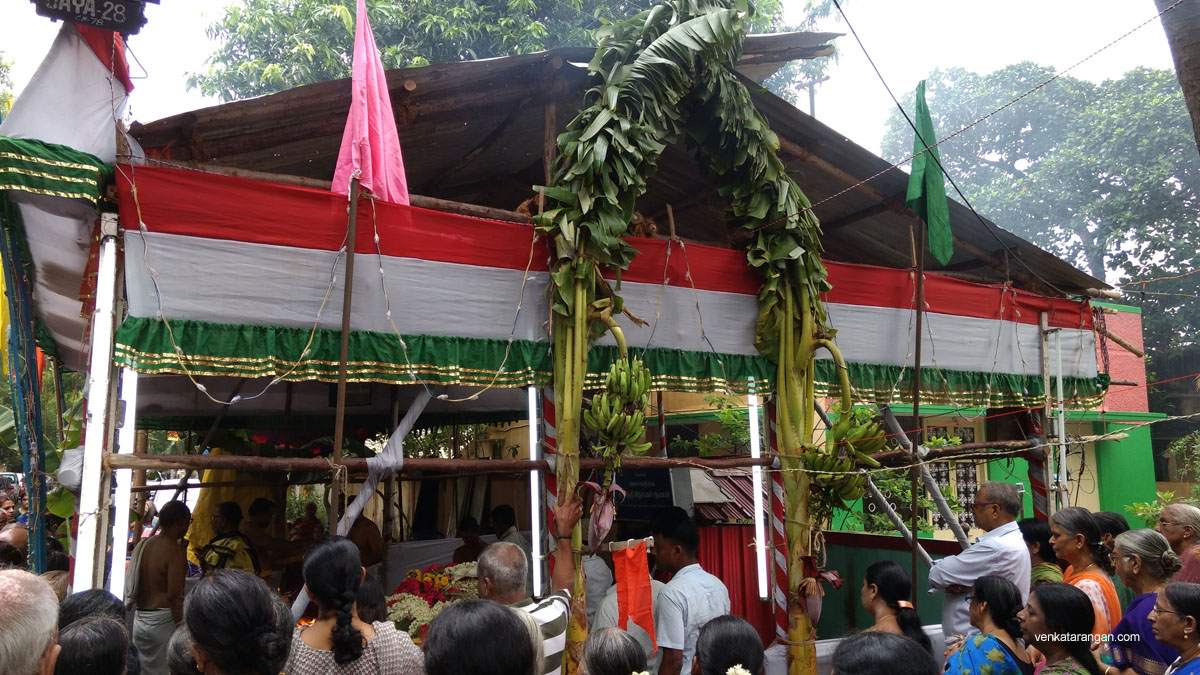