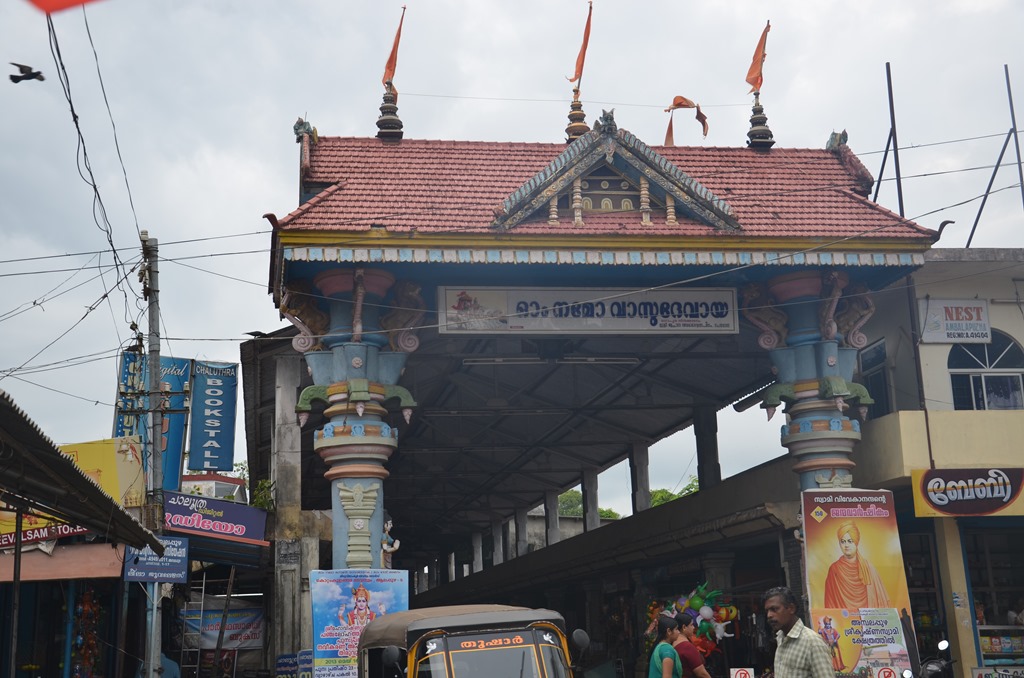 One of the days during my vacation in Vayalar (Kerala) we took a cab and went to two famous Vishnu temples in the district.

The first one was Sri Lakshmi Narasimha Temple in Thuravoor (Devasthanam/Temple trust) very close to Vayalar on the sides of NH-47, about 25Kms south of Kochi. The temple complex has two forms of Lord Vishnu for workship, in one he is Lord Sree Narasimhamoorthy and another he is Lord Sree Mahasudarsanamoorthy. The idol of Sree Narasimhamoorthy is said to have originated in the holy city of Kashi (Varanasi). Swami Padmapadar (8th century AD), the principal disciple of Adi Sankaracharya, had worshipped the very same idol at Kashi. Of the two temples here, it is believed that the one dedicated to Sudarsanamoorthy is over 1300 years old.

We went around 8 AM in the morning on a working day (Friday) and we had a good, peaceful Darshan. Kerala temples are known for their adherence to ancient rites and rituals. The camera was not allowed inside the temple premise, so I could only manage the below picture from the entrance.

The second temple we went was the Lord Krishna’s temple at Ambalappuzha (Built around AD790). Just like Guruvayoor, the lord here is small but beautiful. The temple is about 1 hour+ drive Vayalar, you have to go through Alappey Town. The temple is very famous in the region for its tasty Paal Payasam (Rice & Milk Pudding), the legend goes that Lord Krishna appeared before the King as a sage and called him for a game of chess and on winning the game made him promise to offer this free to all pilgrims every day (The initial bet was one grain of rice for the first square in a chessboard, doubling in every square). Since we were in the temple around 9 AM we couldn’t get the Paal Payasam, it is served only in the noon and you have to make a booking for it. We were pleasantly surprised when another guest staying in our hotel offered us the same Paal Payasam prasadam during Lunch Buffet, saying she went there now and had this excess and wished to share it. We thanked Lord Krishna and ate it – yes it tasted divinely sweet. 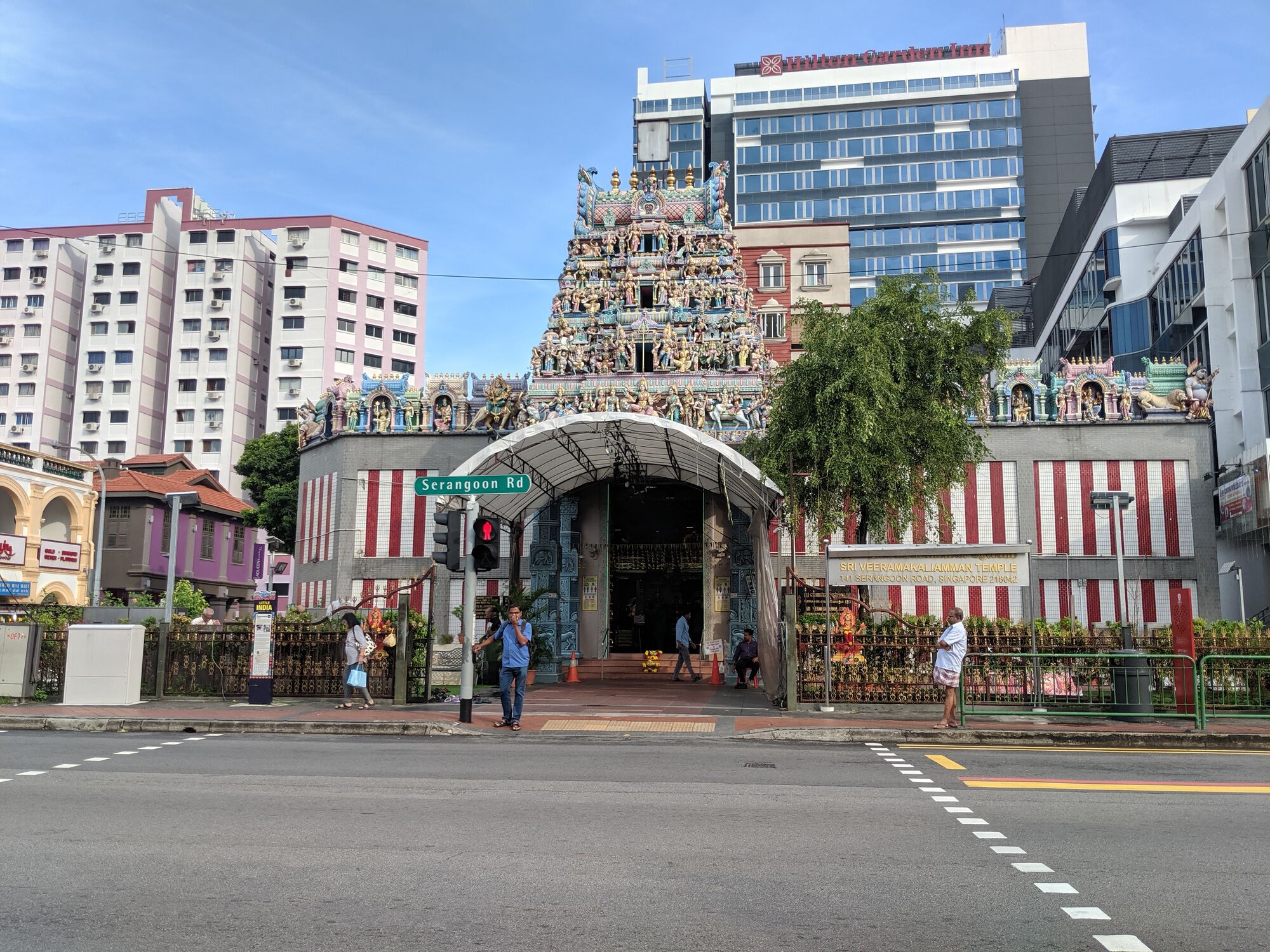 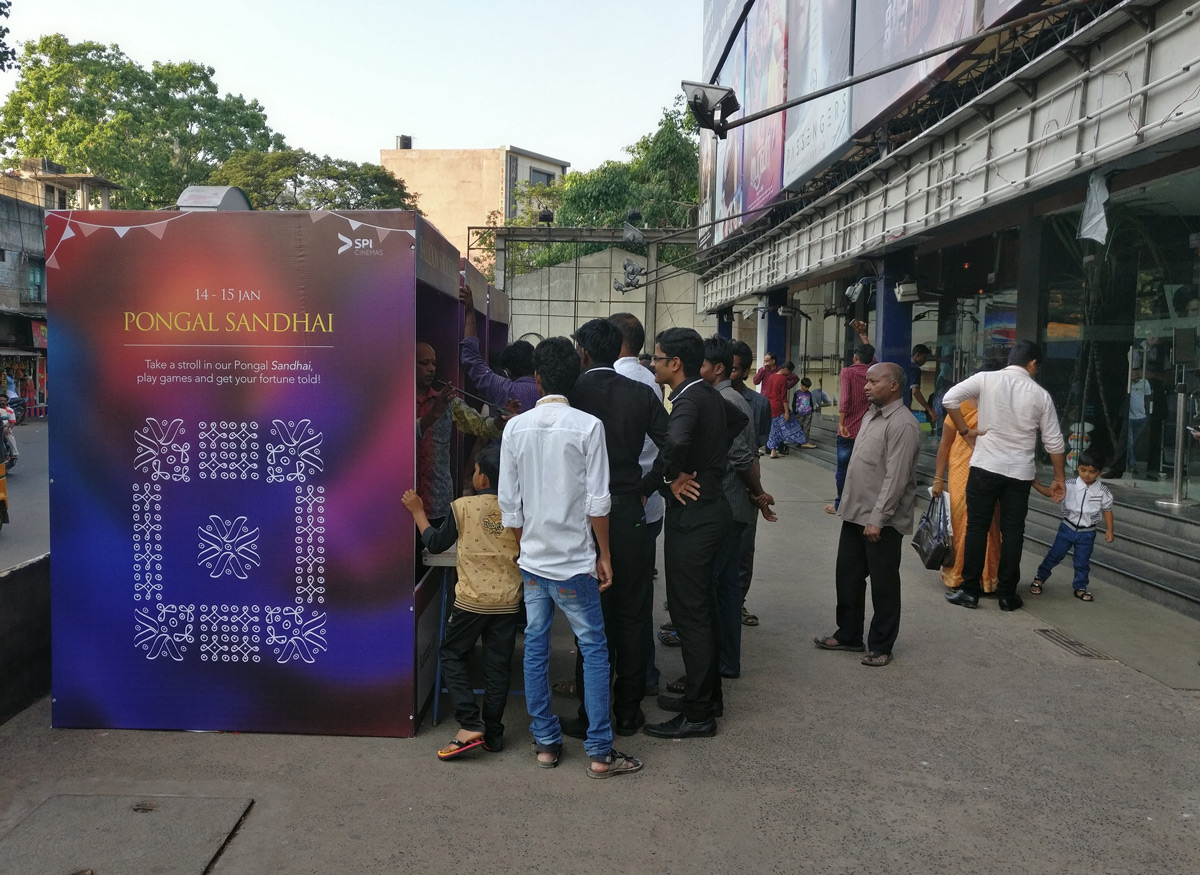