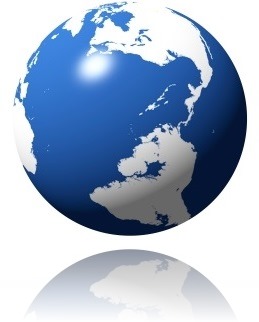 I have been thinking on this for quite some time. I am penning down those thoughts here briefly, please note these are evolving as I research more on this and my understanding improves.

I am in business for last 15 years, been travelling around the world for nearly same amount of time, meeting people, attending events and reading books on management & marketing. But I haven’t seen anything like what I am seeing around me in the last five years. Some of them I can describe and write down here, but most of them seem to be instincts & experiences.

In the the last five years our world has changed drastically in ways we are unable to comprehend fully right now, as we are living through it. At the end of this decade, historians and academicians will write about it in detail and may even give it a proper name. For now, I am borrowing the name “New Normal” that was used in 2009 by McKinsey and by Microsoft CEO Steve Ballmer. My thoughts on this extends beyond the global recession and its economic impact. Its about Human Evolution and how our societies and businesses have changed for ever and are looking very different than what they were just five years before.

The “New Normal” world in my (humble) opinion is being shaped not only by changing world order (weaker Europe, powerful China, rising India) but more by the Information era. Historically power was wielded and masses were controlled by limiting access to facts & knowledge (whether it was science, industrial, geography or spiritual). Wikipedia & Web in general, Satellite TVs, Mobile phones in almost all parts of the world have shattered almost all these barriers. These Granaries of knowledge are now wide open for anyone who cares. When it comes to businesses this change affects Products (services) design to marketing, in every possible dimension of an enterprise. Suddenly customers (consumers) know more about a product, how it is made, how its priced around the world, how it is distributed and so on. Because of this for the first time in Human history, the magic (and aura) around products are gone. Case in point, if I am inclined on how much margin Apple is making on each phone it sells I can find out.

As a result of this Information Era and the rising middle class in developing countries have made quality education available to millions of students like never before. This is making the average IQ or at least the awareness of children around the world much more wider than their parents.

When it comes to research and development I think all the low hanging fruits of technology innovation (IT or Biology or Physics or Chemistry) are mostly done. The challenges left are more daunting and takes time. Some of them have become prohibitively expensive that they have become nearly impossible. Case in point, Human space exploration and manned missions; yes Private players seem to be doing a cheaper job than NASA, but do we have as Human Race still interested in those “Star Trek” like explorations?

If you take marketing, how do you excite the “Instant Gratification” generation. Case in point, recent show by Samsung where it found difficult to excite its audience during the launch of its new phone “Samsung Galaxy S4”. It is said to have spent nearly $400Million on the launch event alone. You can’t excite consumers anymore with just faster chips, bigger screens or hundreds of new software features.

In the case of medicine, we have increased life expectancy significantly during the last century like never before. But in the last five years, we are seeing increasing cases of Deadly drug resistant infections for which we don’t have any cures right now & break through looks distant.

Improvements in Transportation have been more or less stagnant in the last few decades. Particularly in the last ten years transportation has become marginally slower due to increased traffic, heightened Airport security, Environmental issues and lack of any new breakthroughs in mode of transportation. Case in point, the fastest Commercial Aeroplane, Concorde got retired in 2003 and the newer planes (A380 or 787) go only half the speed of Concorde. I am not dwelling into reasons for this, but the fact remains that we are traveling slower than ten years before. And our best scientists have more or less given up the idea of flying cars & similar dreams.

Globalization and Flat world (Thomas Friedman) have been around for more than two decades now, but its impact is being felt in almost all walks of our life in the last five years. There are only few pockets around the world, which are still virgin from Globalization’s impact. It seems almost all of man made products used in the urban world is being made from China. Case in point, when you are travelling to any tourist attraction in the world you are unable to find anything that is unique to the place that you can’t get/source in from your home town.

Lastly, half a century of relative peace around the world have made us as a race, complacent?. Yes we have the “tragic” terrorist attacks in many countries which threatens innocent lives, but we are not talking of a Nuclear warfare or global extinction due to a cold war like scenario.