Saamy 2 (2018) is a tawdry sequel to the super hit Saamy (2003) that put Actor Vikram and Director Hari on a winning streak.

The movie starts with a recap of (Aaru)Saamy marrying Bhuvana, and the first taste of Saamy 2 comes then itself – the talented Aishwarya Rajesh (who I enjoy watching) has been cast as in-place replacement of the gorgeous Trisha – you can’t find two other actors who have diagonally opposite screen personalities. Fast forward 28 years, we see Ramaswamy (son of Aarusaamy) working with a central minister and studying for I.A.S. in New Delhi. The protagonist for him is the imposing Bobby Simha and his two elder brothers, sons of the slain Perumal Pichai from the first part, and they are ruling over Tirunelveli city now. I can hear you say, what? At least Hari‘s earlier works with the Singam franchise had some resemblance of new story and different villains for each sequel, here it is the same Tirunelveli and the same family line at either side.

To be fair, I did like the way Saamy 2 had been linked together with Saamy to form some sort of continuity. The movie till it stays in New Delhi was okay, but once it returns to Tirunelveli, it is all downhill. In the film, more than the aged Vikram, it is Bobby Simha who commands our attention. Prabhu and Aishwarya (Veteran Actress Lakshmi’s Daughter) have done their roles, it was surprising why Director didn’t utilize them more. Keerthy Suresh tries desperately to impress us, but the screenplay offers her nothing to work with. The most off-putting element in the film was the comedy track by Soori.

Overall, Saamy 2 is a cheap imitation of the original Saamy, which itself was made in China. 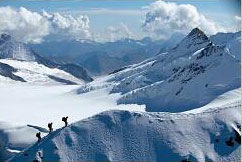