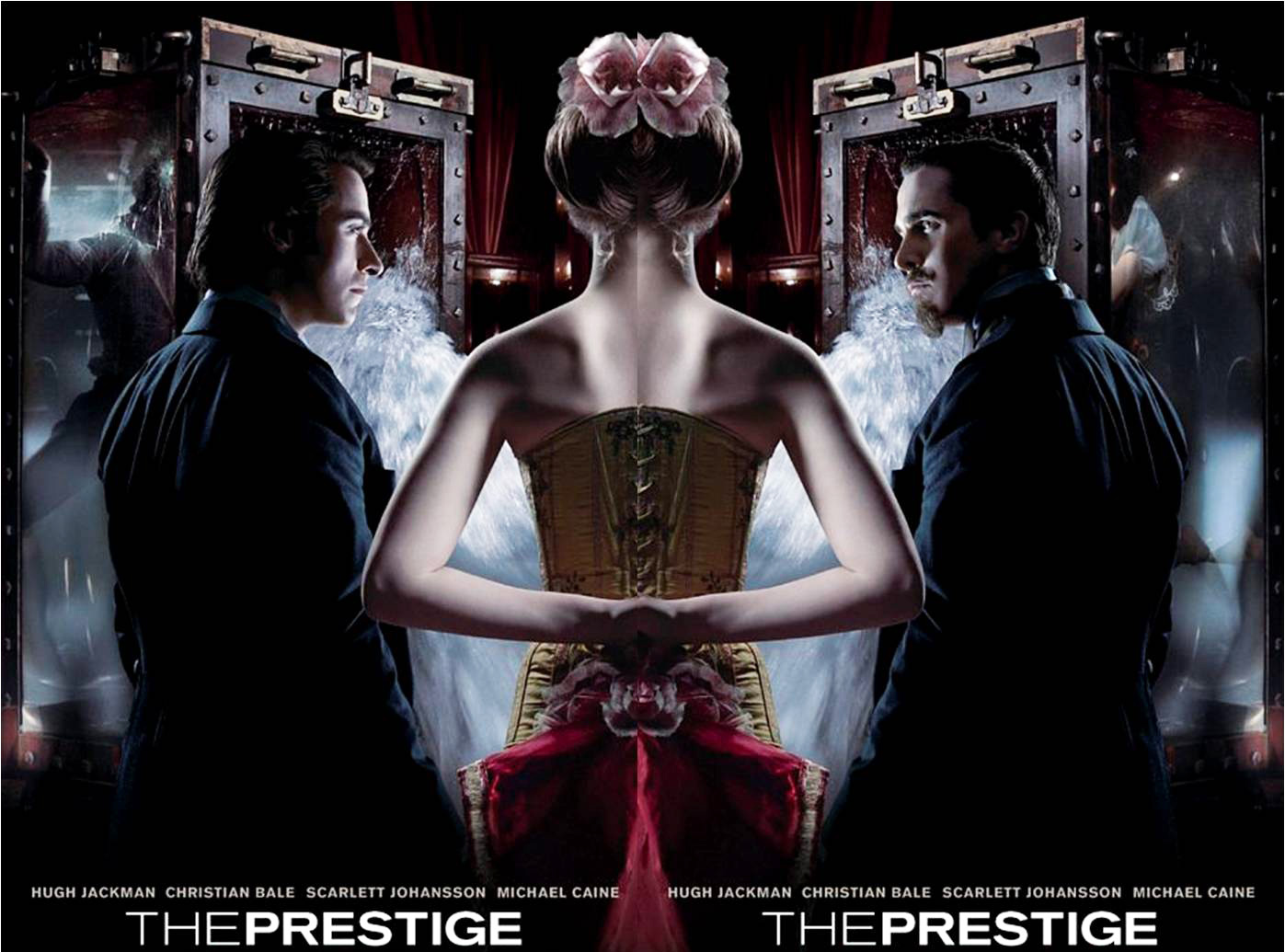 Only today I watched Christopher Nolan’s The Prestige (2006), as it was conveniently available in Amazon Prime Video to watch. The movie is about the rivalry between two talented magicians of the late 19th century in London, which has been narrated brilliantly by Christopher Nolan.

The film starts with a magician Robert Angier getting killed by drowning in a water tank under the stage while his arch-rival Alfred Borden watches. Borden gets charged with wilful murder and is waiting for being hanged, he is offered a deal by Lord Caldlow’s agent – Lord Caldlow will take care of Borden’s daughter in exchange for getting access to Borden’s secrets to his magic, especially his famous Transported Man. To prove the credentials of Lord Caldlow, the agent hands over Angier’s diary to Border. The rest of the film is the narration of events that happened in the dual’s life, taken from the diary.

The screenplay is told in a signature style of Nolan, with timelines moving between present, past and even past to past. Interesting twists and turns happen, how one man tries to outwit the other while their ego playing a big part in both their downfalls. The women in the film are limited to playing supporting roles to the two men but still they let their mind speak out like – when Sarah, wife of Borden is able to sense that something is amiss when he is lying or not being himself; when Olivia, walks away from Borden after his cold remarks about how he felt for Sarah.

While in the beginning, you begin to suspect Angier’s death, on the identity of Lord Caldlow and halfway through about who truly is Fallon (ingénieur of Borden), still you are kept curious by the Director to know the how and why behind all that is happening. Though it is not necessary to have a real character in a fiction film the inclusion of Nikola Tesla in the story was interesting.

A must watch film, that will keep you thinking about it.