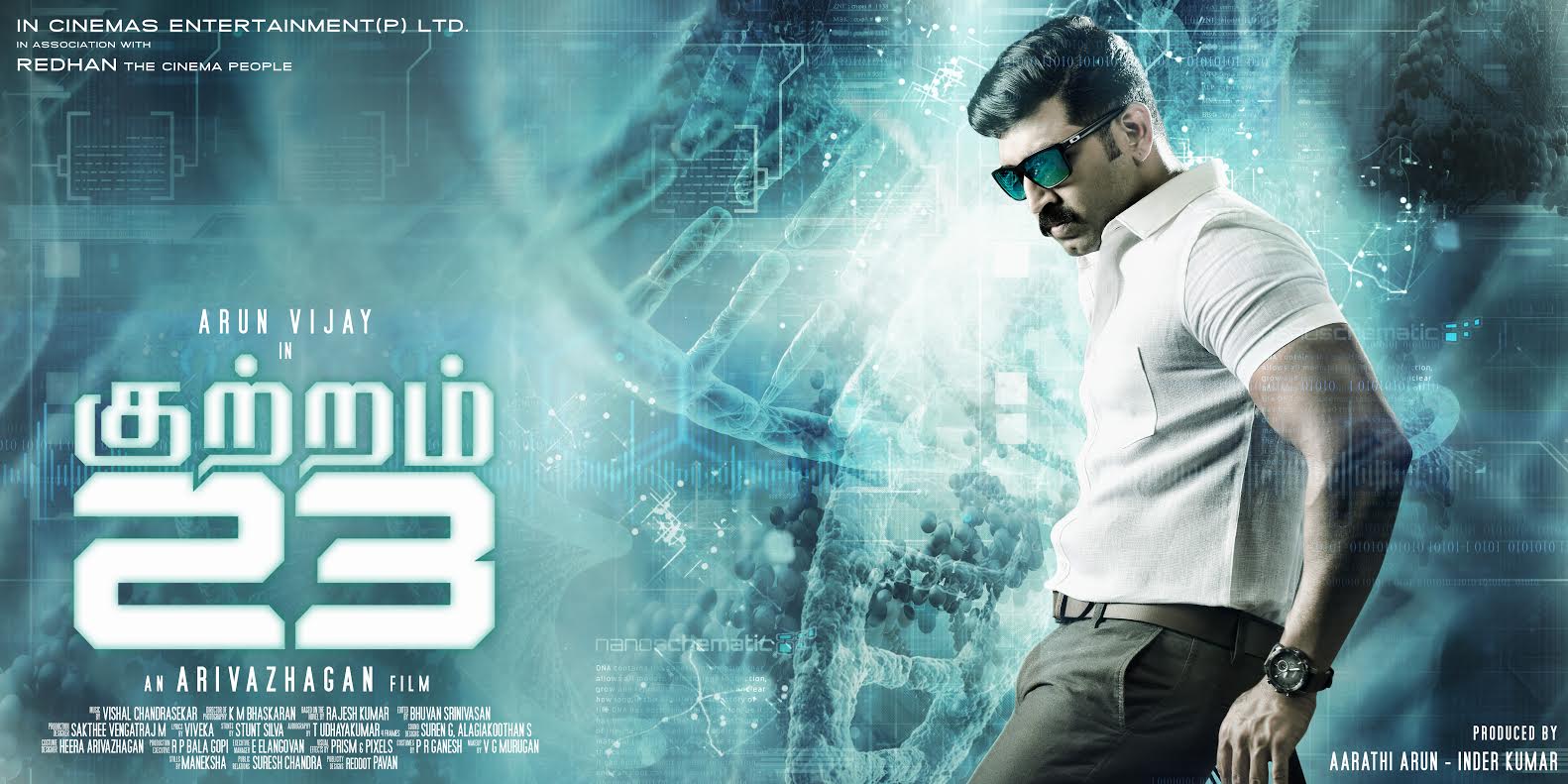 It’s 5:30 AM, a black Audi car enters an empty church in Villivakkam and a lady gets down, visibly distressed she rushes into the church to see the pastor. As she finishes talking, the pastor falls dead from the confession booth after being shot by someone. Who is the killer?. The lady and the car go missing, she was pregnant at the time, who kidnapped her and why?. A local minister’s daughter-in-law hangs herself at her baby shower function, why?. All the 3 and few others were getting treated in the same private hospital. So what’s the connection between their death and the hospital? This is the case that’s handled by Assistant Commissioner Vetri (Arun Vijay) in Kuttram 23.

Arun Vijay is an actor who tries hard to impress us but falls short just by inches, he delivers his best when he doesn’t have the pressure on him like in Ajith‘s Yennai Arindhaal (2015). In the medical crime thriller Kuttram 23, his hard work in building his physique, his efforts in performing the fight sequences are clearly visible. As a young police officer in this film he has delivered a passionate performance, a role he can feel proud of.  Mahima Nambiar has acted fine the given cookie-cutter role of being the hero’s love interest – falling in love with him after saying no to his earlier advances, feeling scared at right times, advising him when he is going through a rough patch and appears pretty in the songs.

I felt no chemistry in the romance between the couple on-screen, maybe it was just me as my friends who watched the film with me felt it was okay. Thambi Ramaiah could build a database of him acting various scenes with dialogues so that in future films he need not step out of his home and this could be just reassembled and reused. His mind voice delivery and cowardly mannerism which got him a National award in Mynaa (2010) have stopped being funny many moons ago.

Given that the story is based on a novel by famous author Rajesh Kumar I was expecting a gripping mystery, with a little bit of imagination the Director Arivazhagan could’ve made it one. You are able to pretty much figure out the plot in the first hour itself. Editing out the emotional scenes around Vetri’s sister-in-law and concentrating on the core plot would’ve given us a better cop movie. 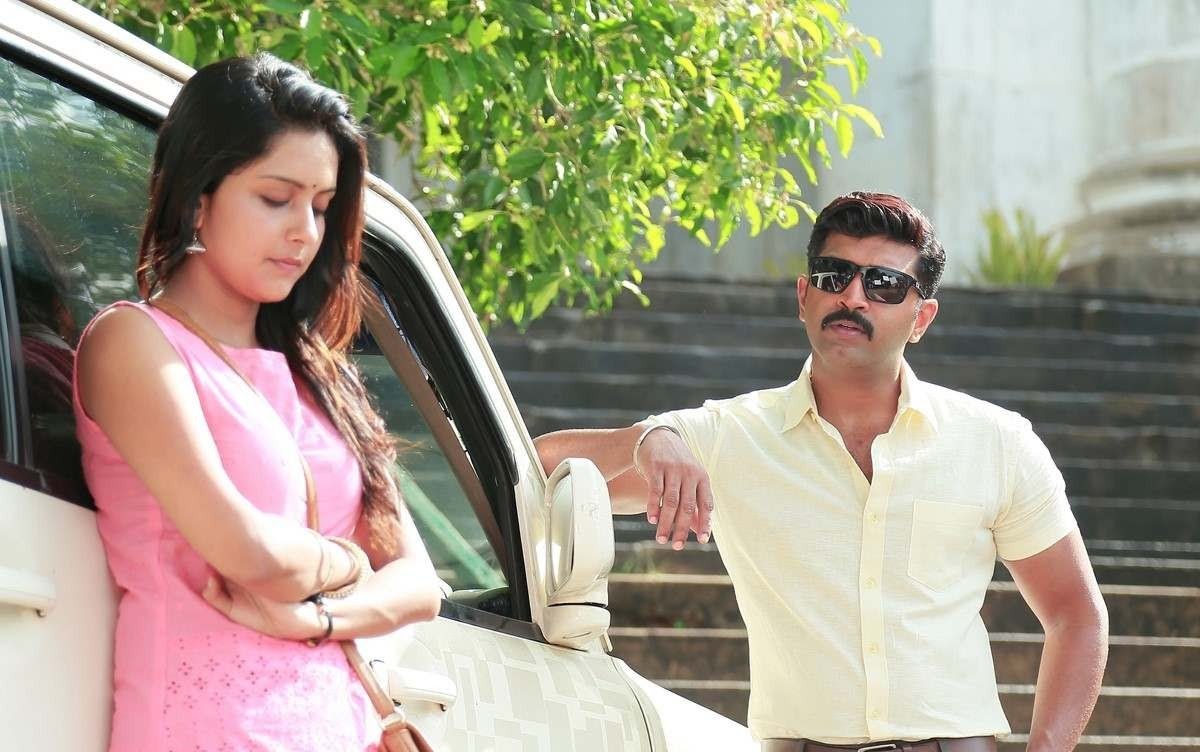 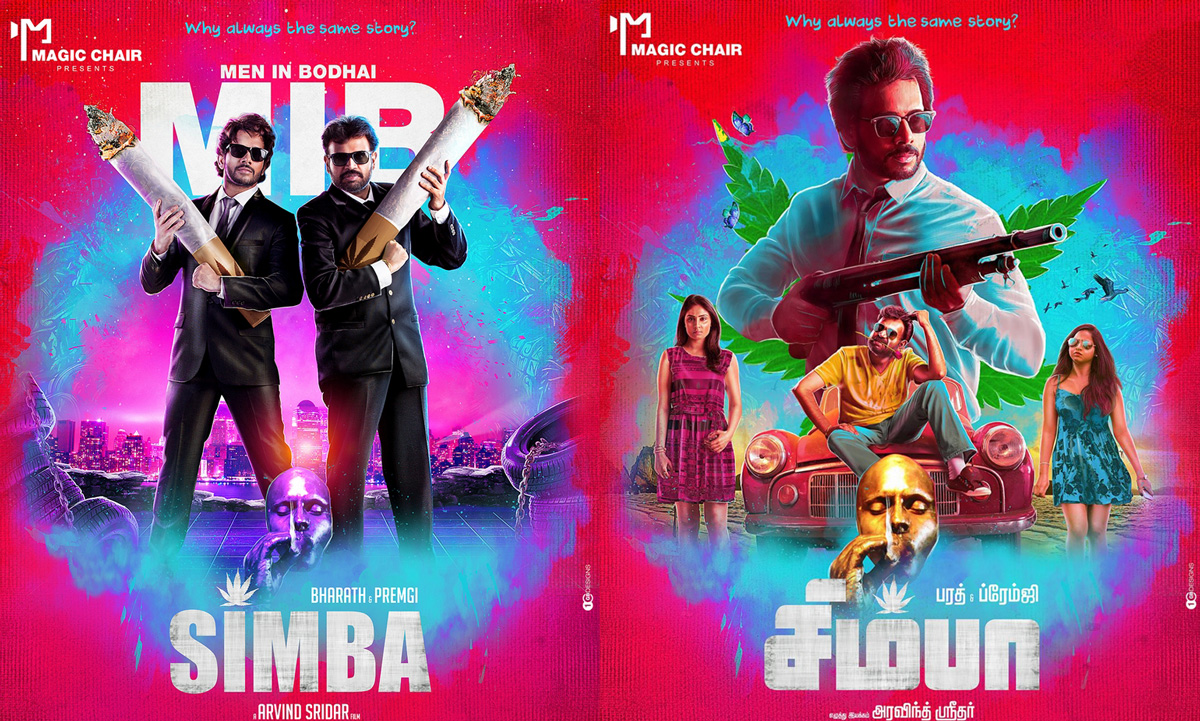 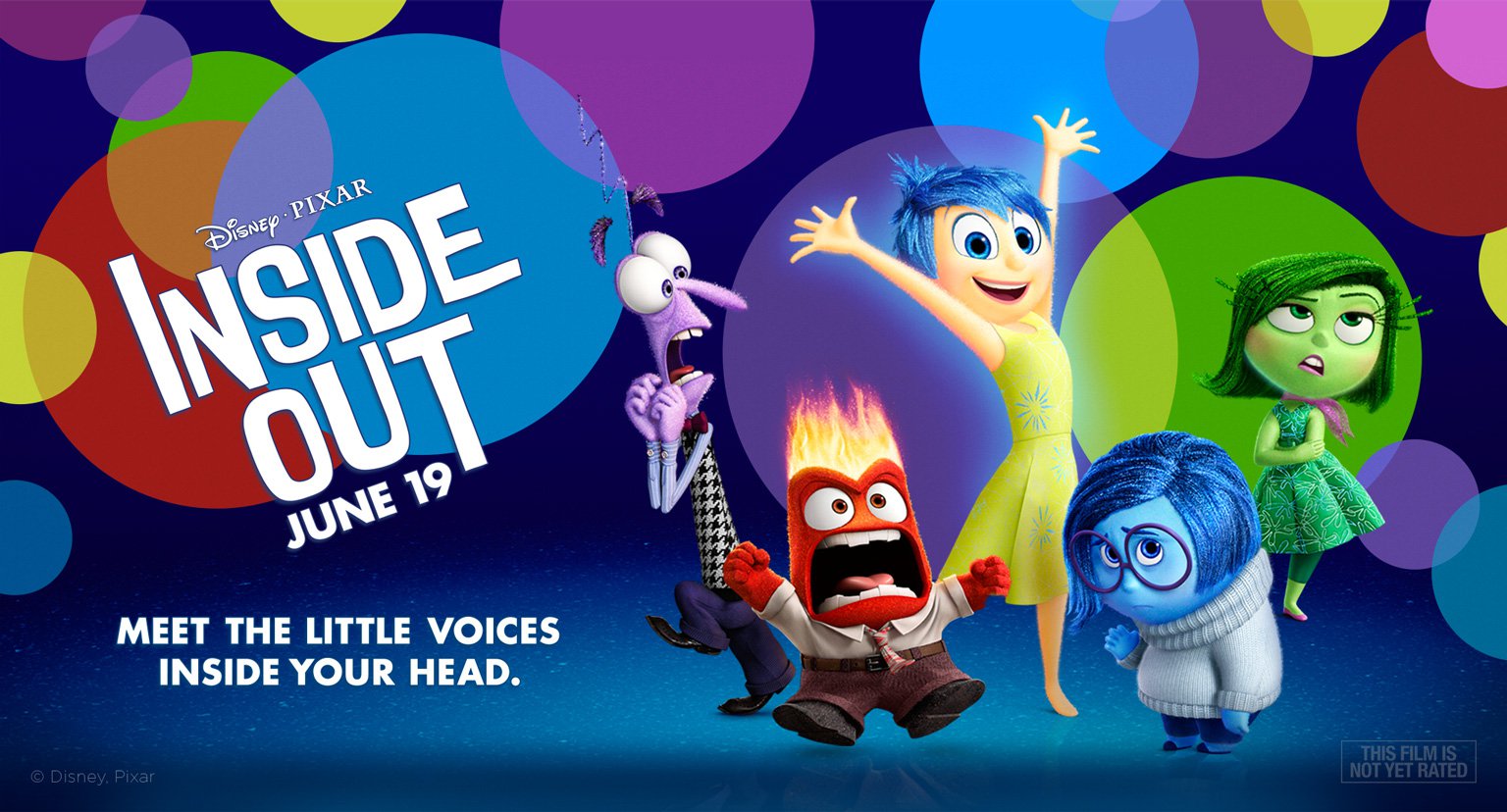 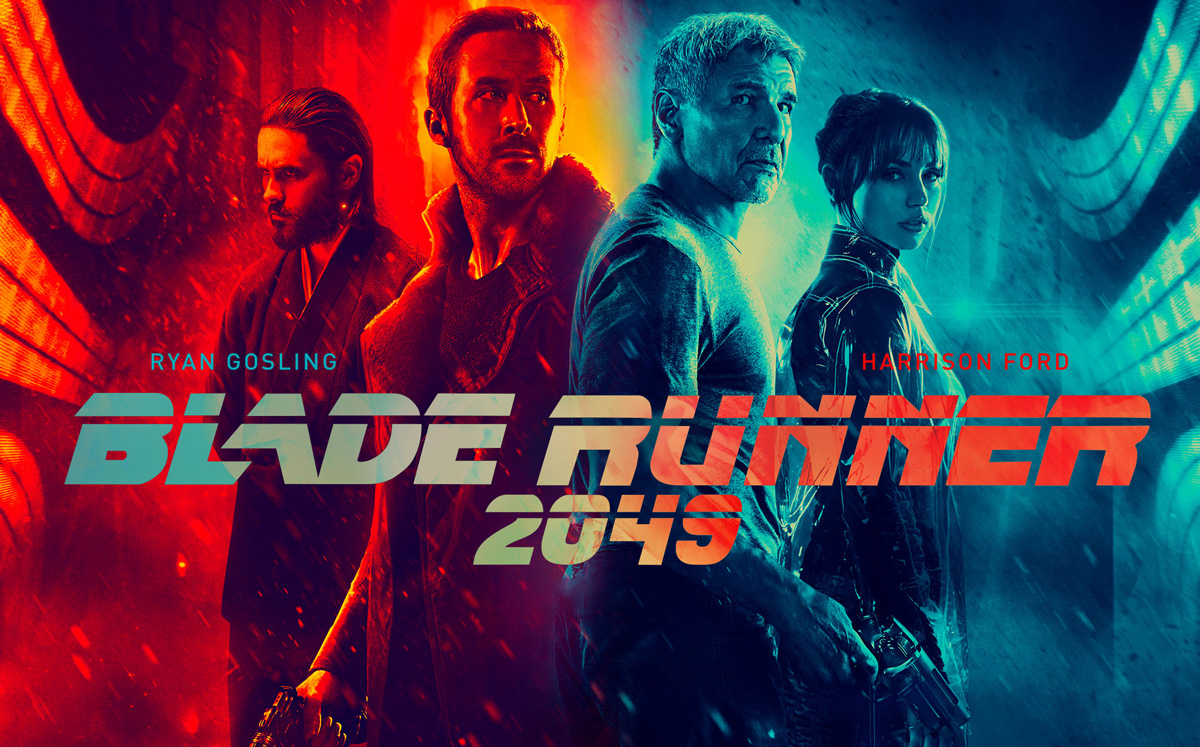