Uttama Villain (உத்தம வில்லன்) is a movie that Kamal Haasan has made not for the audience but for him. Manoranjan (played by Kamal) is a superstar hero married to Varalakshmi (Urvasi), many of his films being produced by his Father-in-Law Purnachandra Rao (played by K Viswanath). Manoranjan has an affair with Dr Arpana (played by Andrea Jeremiah). In a turn of events Mano is diagnosed with a critical illness, and he wishes to do his final film with his Guru Director Marghadarsi (played by Late K Balachander). The film within a film, they make is called Uttama Villain, which is a period comedy, in which Kamal‘s pair is Pooja Kumar. The film is directed by Kannada film hero Ramesh Aravind.

Within the film, we are given the explanation that the word “Villain” in the title is not the English one, but the Tamil word வில்லன் as in வில் வித்தையில் சிறந்தவன், வில்லாதி வில்லன். The main story is an oft-repeated lost love and personal struggles of a celebrity, the movie captures manages to retain our attention only because of the actors who all have delivered powerful performances. In the scene where Late K.Balachandar asks Kamal how much you have for doing this film, biting his tongue, he apologizes saying he didn’t mean the time Kamal is going to live, here I shed a few tears as it has come true for KB himself in real life.

The film within the film was unnecessarily long, though it showcased Kamal Haasan‘s acting skills, in many places it felt grand for the sake of being grand. I would have enjoyed those sequences more if Crazy Mohan had penned the dialogues, many so-called jokes came out flat, a rarity for Kamal‘s comedy genre films. The film would have turned memorable if it was made sharper and shorter. 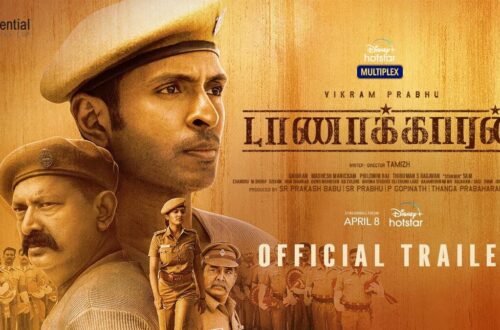