A friend of mine living in Amsterdam recommended I watch this documentary “Tim’s Vermeer“. It turned out to be a good movie experience. After the movie I am left with questions on what’s art, what’s technology and is there a line dividing them?

The movie is about a research on how  famous Dutch painter Johannes Vermeer could have painted such photo realistic paintings in early 17th century. The lighting and shades in his paintings and the details were unbelievable. The accuracy was unseen in any of Vermeer’s contemporary artists.  The research work was a personal obsession of a wealthy video engineer in Texas by name “Tim Jenison” who was founder of Newtek which was a leading broadcasting equipment manufacturer.  Tim starts his study by relying heavily on  two earlier works. The first was by David Hockney in his book Secret Knowledge who suggested 17th century artists could have used a technique called Camera Obscura. The other book was Vermeer’s Camera by Philip Steadman.

After studying these earlier works carefully, Tim research starts in its earnest and leads him into actually painting a reproduction of one of Vermeer’s classic “The Music Lesson“. To do this Tim recreates the same interiors, tools, paints, furniture, glass work and so on in a warehouse and does the reproduction. Tim work of nearly five years, finally takes him into building a simple optical lens system that helps him to paint a Vermeer classic. The condition Tim uses could’ve existing in 17th century. The documentary film has Hollywood touches and exaggerations but nevertheless enjoyable. 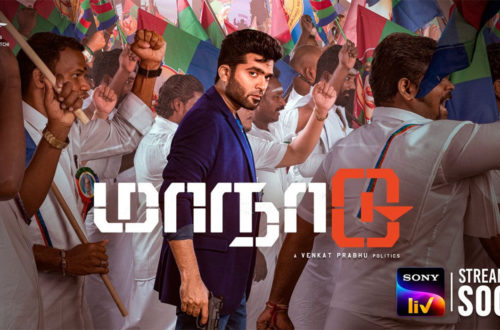