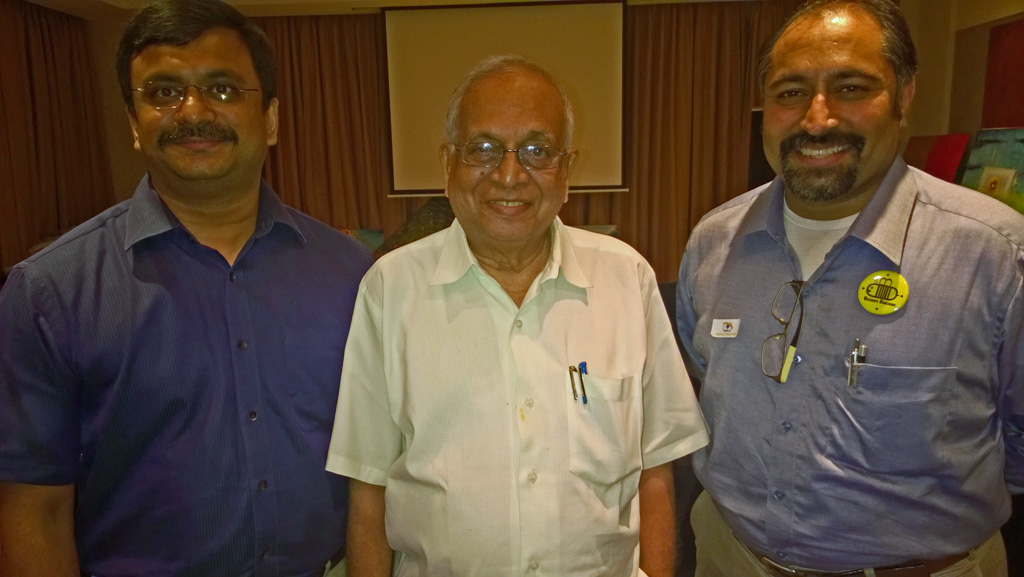 Today TiE Chennai as part of their charter member dinner had invited  Madras Musings founder and writer Sri S.Muthiah for giving a talk. Muthiah as the favourite historian of Madras and tomorrow being Madras (Chennai) 375th Birthday (founded in 1639 by Francis Day and Andrew Cogan) the topic was easy to guess. It was about how The Beginnings of Modern India (was from Madras).

Having been to a few of Madras day walks organized by Mr.Sriram V including Alwarpet, Old Fort Wall and Royapuram I was looking forward to hearing about Chennai’s history from the authority of the subject S.Muthiah in person. Lucky for me, after the event I got a chance to take a picture with the man himself along with my friend Pravin Sekhar.

Before the event begun, Mr Muthiah was chatting with a few of his friends in the hall, the moment the master of ceremonies mentioned “Madras”, Muthiah got transformed into a man half his age (he is 84 years old), dates, names, places & events from 2500 years ago to the present day started flowing with ease.

Muthiah talked how the Arabs 2500 years back were trading between Europe and India through the high seas. Ships were frequenting from Muscat, Bahrain, Alexandra to West coast of South India (Kerala predominantly). This was the time when the Silk Route (land route) from Europe to India through present day Turkmenistan, Uzbekistan was rifled with pirates. Vasco da Gama then got his glory by discovering an alternate route overseas to India from Europe across African continent, who was guided from African east coast to India by an Arab navigator. If Arabs were to be credited of bringing in trade (they brought Islam from middle east much later) from Europe through seas, it was St.Thomas (The Apostle) in 1 AD who brought Christianity to India nearly 1500 years before Vasco da Gama and to this day San Thome Basilica stands in his remembrance.

Fast forward to 1639 when Francis Day bought a settlement for John’s Company (East India Company) in what is today Fort St. George, Chennai. That time this area had only villages (Mylapore, Poonamallee, Tiruvottiyor, Thiruvanmiyur), British built a small warehouse and for next hundred years were traders with no security forces or territory building ambitions. Around 1746 then French Governor of Pondicherry  François Dupleix attacked British in Madras (First Carnatic War). With Treaty of Aix-la-Chapelle of 1748 happening in Europe, British and French exchanged between them Madras (India) for Louisbourg (Canada). Looking back now as a Madras Citizen, Muthiah joked that British got the best of the bargain :-)

Muthiah had an interesting story of how Australian colonization propaganda by British owes dues to help from printing workers coming from Chennai St. George school trained on printing press techniques.

Bishwanath Ghosh has written a brief biography of S.Muthiah here. 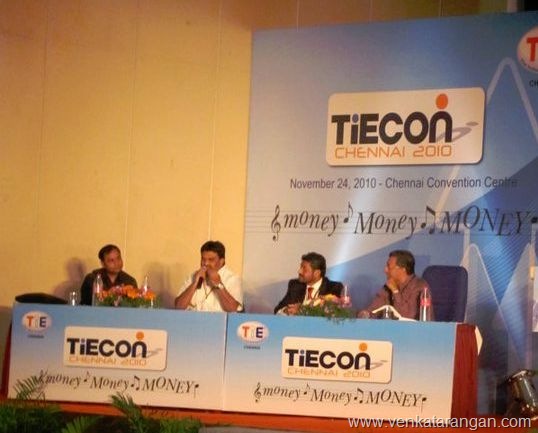 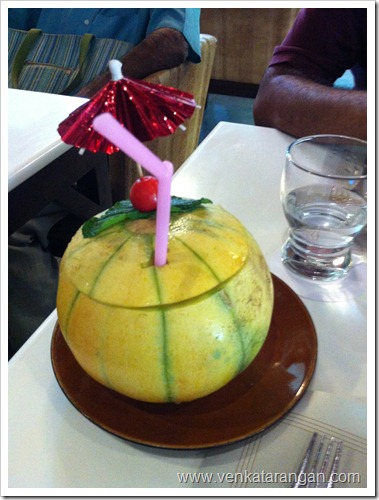 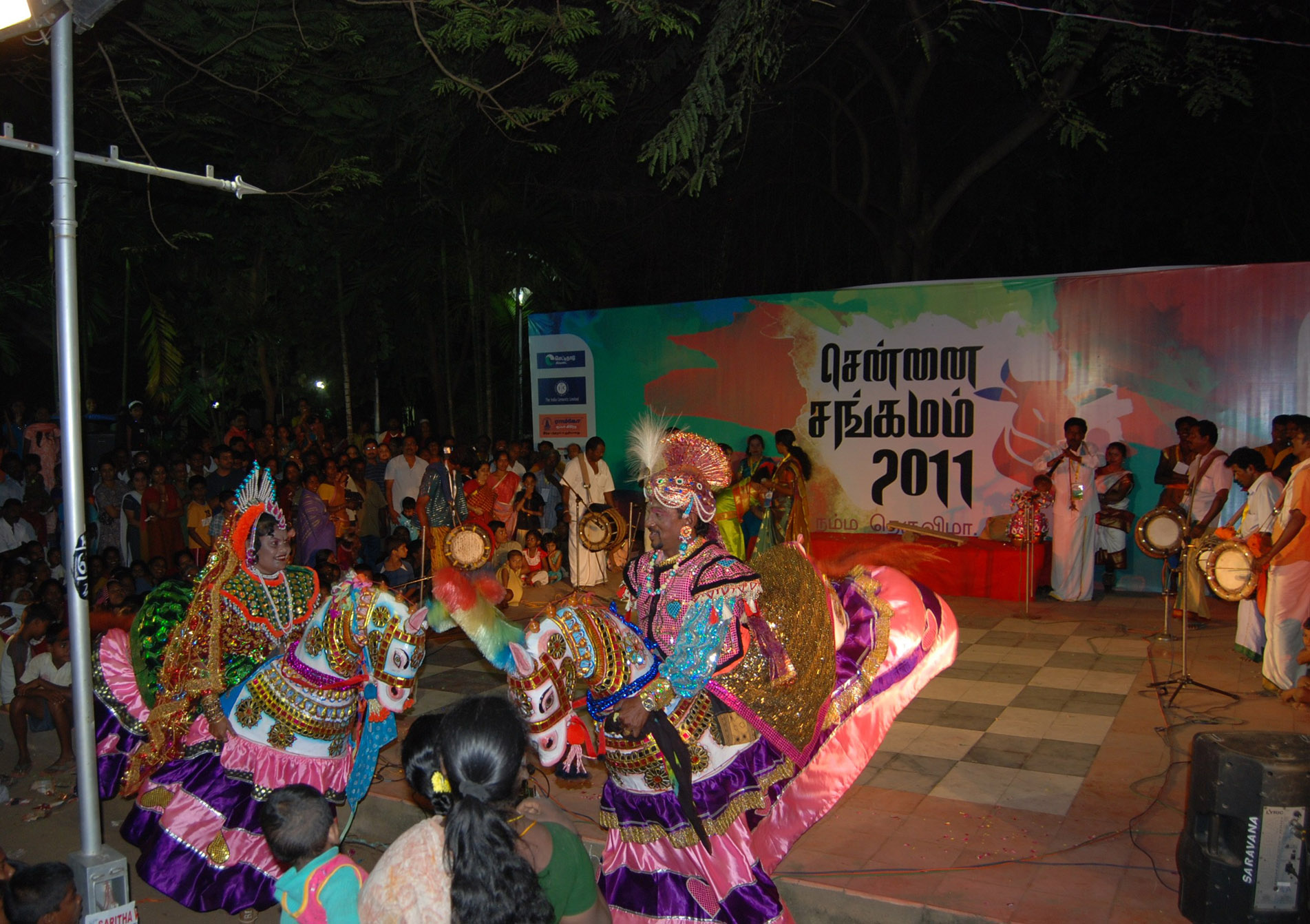