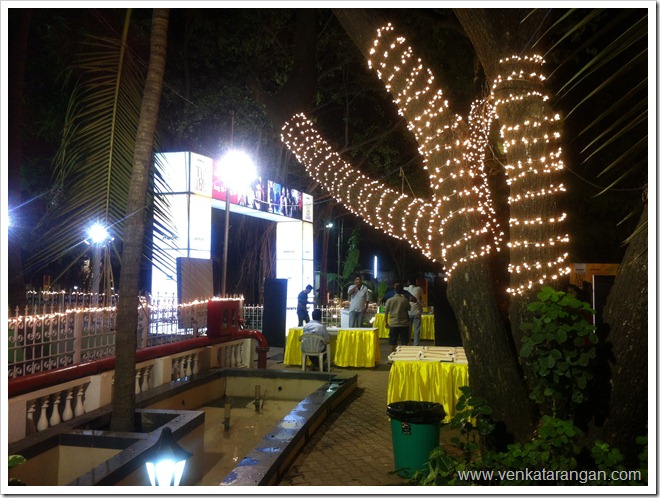 For seven years now annually “The Hindu” newspaper conducts “Metro Plus Theatre Fest”. This fest brings to Chennai (& few other cities) stages, the best of stage plays from different parts of the world. I have been wanting to attend it for many years but managed to do it today.

I had purchased the tickets for myself & my wife (@Rs.300 each) online few days back from BookMyShow.com and arrived early. The venue was Sir Mutha Venkata Subba Rao Concert Hall, Harrington Road, Chetpet (Lady Andal school campus). The place was decorated with bright lights and sported few food stalls including Fruit Shop from Greams Road, Pizzeria and snack stalls. After having our hunger satisfied we  looked around and except us we found the place to be buzzling with people from the Elite society of Madras.

This was my first visit inside this auditorium. It seemed to be new and furnished with world-class interiors and audio systems, I was impressed with this even before the program started. 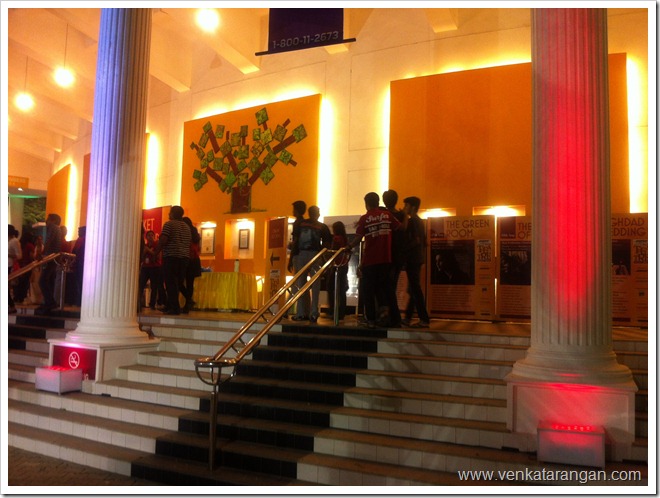 What was staged today were four short-plays (each about 25 minutes), all created by various groups from the city (local Chennai groups) – A Temporary Matter by The Madras Players, , The Purification Hunt by Theatre Nisha, The Flatulist by Boardwalkers and Ganga at Rishikesh by Stray Factory. All four of them performed well.

A Temporary Matter was starred by Rishi (Kaiyil Oru Kodi program in Sun TV) and was about the emotional gap developing between a young couple who lost their child in birth six months back. The story line and dialogs were good, but the screen play could have been paced a little faster.

The Purification Hunt was about a single interrogator from Government/Armed forces who is interrogating a tribal sympathizing couple. The whole play was only about the interrogator and the dialogues. Single handed he keeps the audience engaged through out the play, the dialogues brings to your imagination the typical struggles of tribal, the suffering at armed forces. Amazing work by Director and Screen Play writer.

The flatulist (expert at the art of farting) brings to stage the reality of control the “Agents” have over budding performers. Though the act the performer demonstrates by farting it was portrayed in a humours and enjoyable manner.

Ganga at Rishikesh was the most elaborate of all the 4 plays. It was about a father & son duo exchanging stories of their “love” met in the banks of Ganga. On stage the art director of the play manages to transport the audience to Rishikesh itself – bringing to live, the vibrant sounds/visuals of banks of Ganga.

Overall I found all the four plays to be enjoyable and memorable. You can see photos of the plays and review from here. 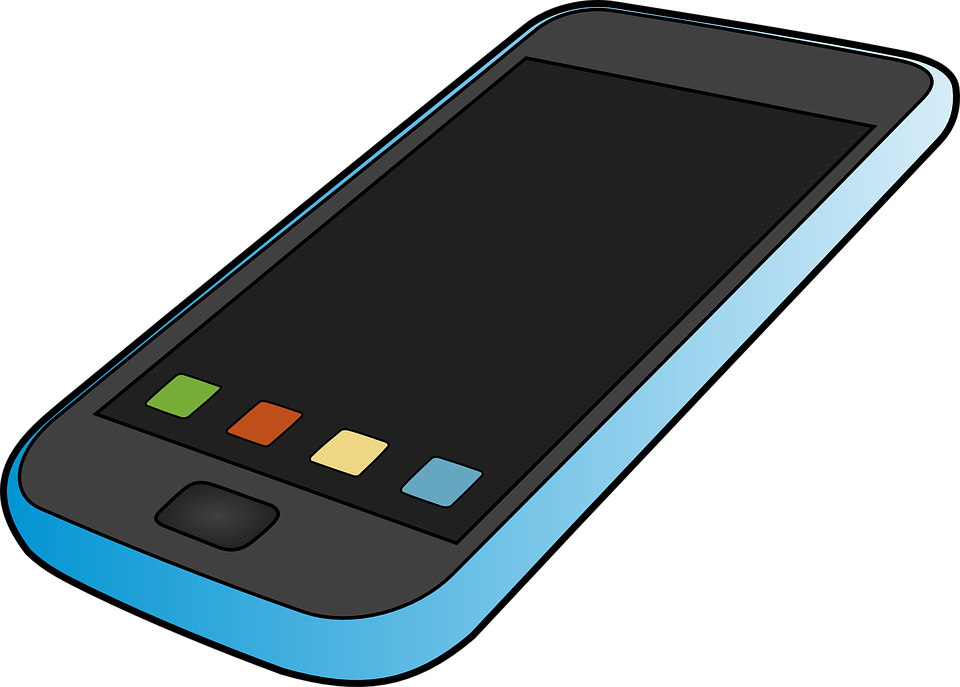 How my son got back his lost phone 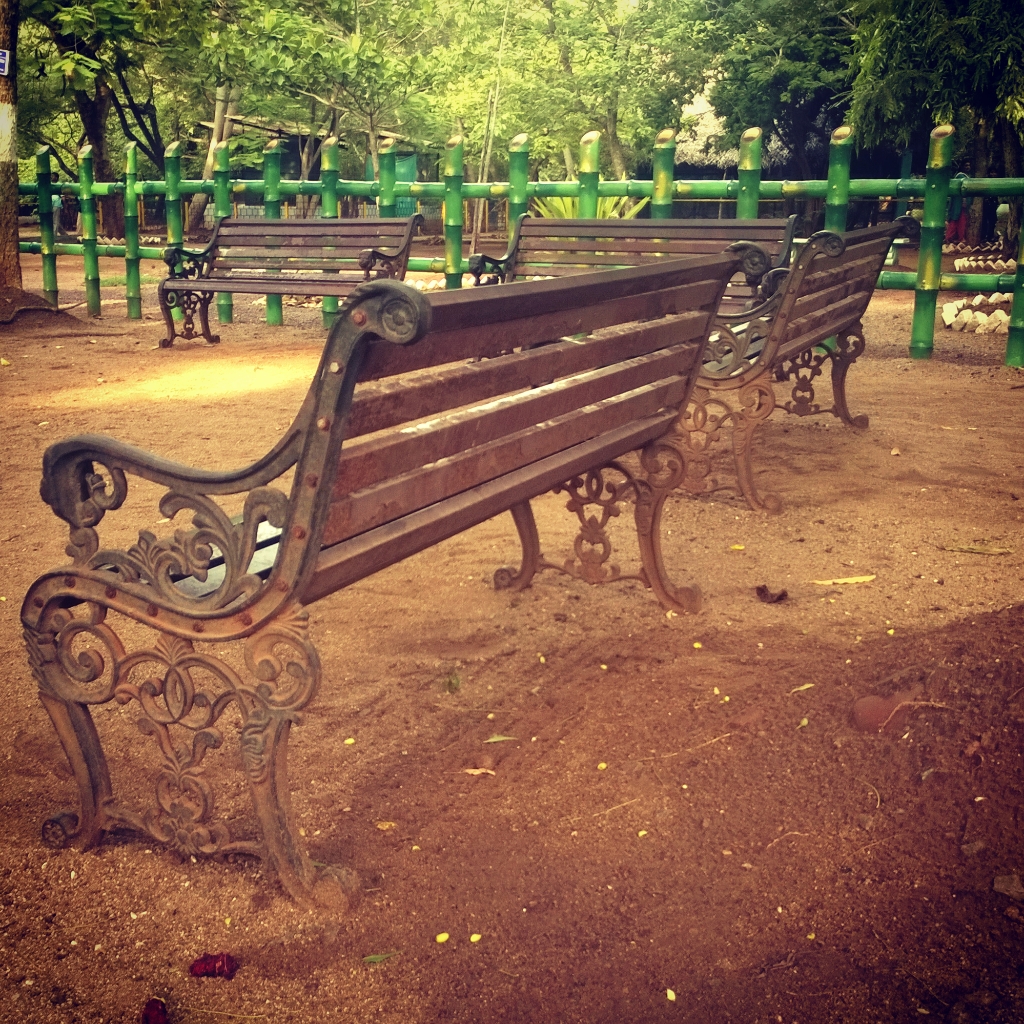 What I shot today at Guindy state park