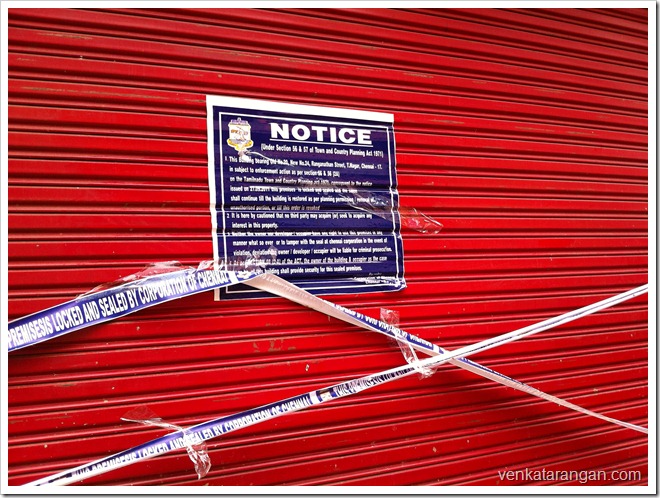 During my school days in the 1970s & 80s, my family was living in Ranganathan Street in Chennai, you may be surprised to know that those days there were still some residences there. LIFCO, our publishing firm started by my grandfather in 1929 was having its shop on the Ground Floor and our house was on the first floor for many years. So I grew up in that street, getting to know many of shopkeepers, the hawkers in the road & the problems of the street. Even then with all the problems the street had a charm and life unlike any other in Chennai.

I would go into known toy shops there, get in credit what I wanted and come home, only to get reprimanded by my mother and have it returned in next hour. Unable to have a residence in that busy commercial area, in the early 1990s we sold and moved out of the street and my visits there have been rarer and rarer. Even though I grew up there, becoming an expert in navigating through that stream of people, over the years I avoid going there due to lack of parking & ever increasing crowd.

Today being a Sunday I decided to go there following the recent closure of about one-third of the shops there due to CMDA building construction guidelines violation. Though the violations have been there for ages, action has now been initiated thanks to a public activist like “Traffic” Mr.Ramaswamy and a vigilant Madras High Court. In the past, the shopkeepers have bought time and escaped action all along by getting special ordinance/laws passed for their convenience and assisted by an indifferent Government machinery.  It is hoped this time it will be different. I am not sure, but I hope something is done to ensure public safety and convenience considering this area is visited by thousands of people every day.

What was more appalling was the condition of the area especially on a rainy day like in this week. Seen from Mambalam Railway station stairs (see the picture below) you can get an idea on the poor sanitary conditions in the area, I pity the hawkers who have to earn their living in these conditions. About two decades Chennai Corporation changed the Bitumen surface of the roads in Ranganathan Street area to Concrete, that did help but change will not come unless the city-dwellers are educated on civic sense and realize the common good of keeping the surroundings clean. 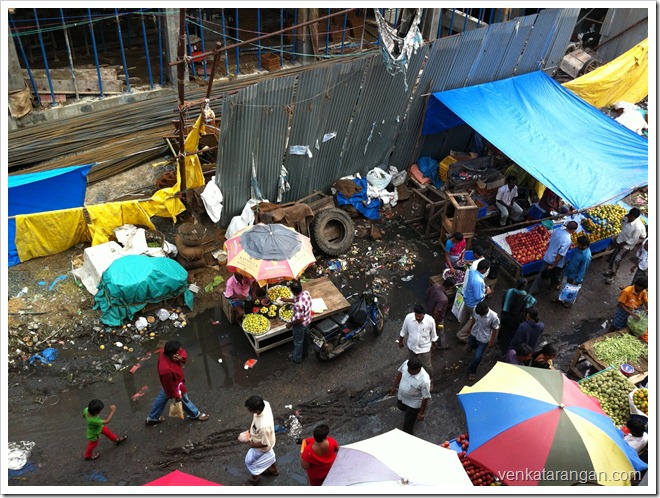 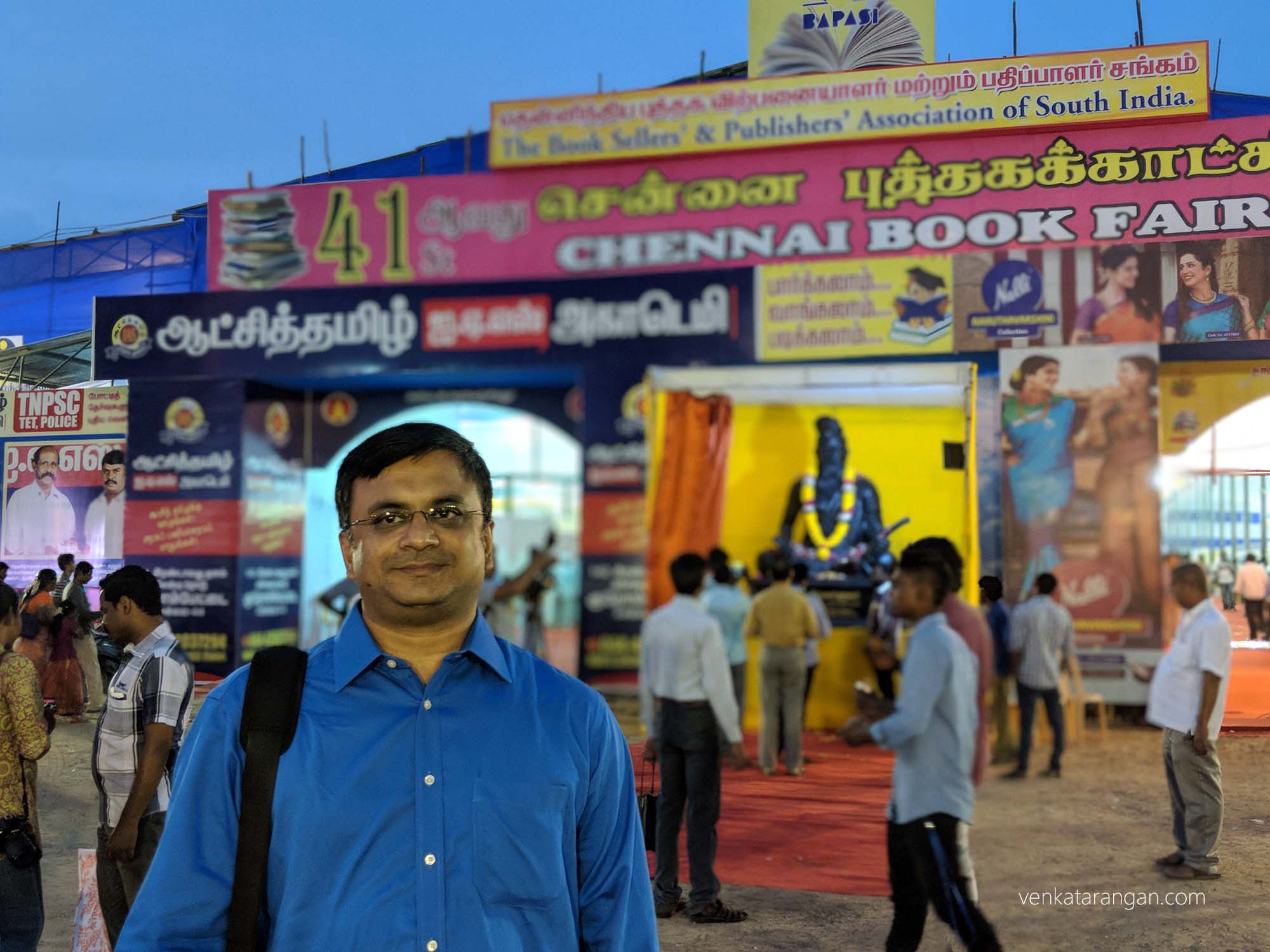 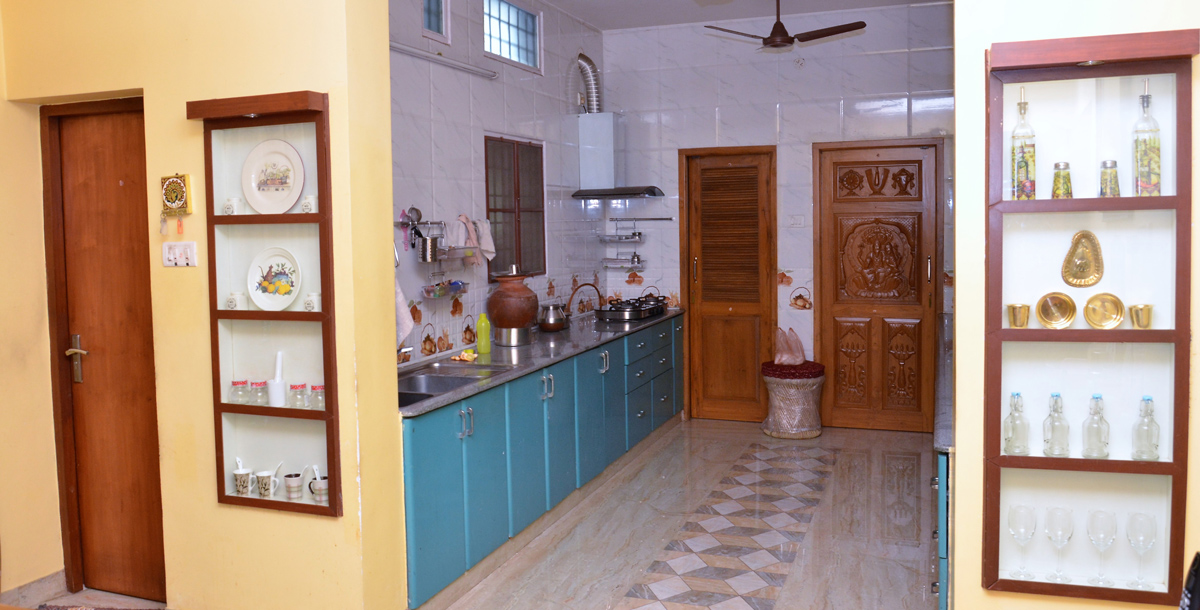