Placebo is better than Drugs

In June 15th, 2011 issue of Bhavan’s Journal I read this article  “Placebo is better than Drugs” by Dr.B.M.Hegde. First thing I had to do was to do a Wiki search to learn what Placebo meant, it means “simulated or otherwise medically ineffectual treatment intended to deceive the recipient. Sometimes patients given a placebo treatment will have a perceived or actual improvement in a medical condition”. Dr.Hegde is a internationally known Cardiology specialist with numerous degrees and awards to his credit – his website lists 3 pages of numerous credentials here. He has written many books including  “What Doctors Don’t Get To Study At Medical School”.

In the article put forward a different thought to modern drugs produced by Pharma & BioTech industries, I found it interesting. In the article Dr.Hegde writes “An Indian cardiologist George Thomas, wrote in British Medical Journal (BMJ) that he had to treat a poor patient with stable angina who did not have money for expensive drugs in a free clinic. George did a thorough search of the evidences in modern medicine and reached the conclusion that these costly drugs were not needed. He choose three cheap drugs (nitrates, aspirin and beta-blockers) that we have been using for decades. The patient did very well. George called it as reverse evidence. … I have been using these drugs for decades. … Sometimes I don’t even use beta-blockers, if the basic heart rate is slow”.

In a interview here with Deepak Chopra Dr.Hegde says “everything is wrong with modern medicine, we use a linear model on a non-linear human system. It uses Randomized control trial where we compare two groups of human beings based on some features like Height, Weight, Body Mass Index but leaving a large part of the human being – his consciousness, genotype, etc. We use a reductionist idea of a drug, a chemical targeting a particular organ in the human body. To give an example Human body produces Cholesterol, 90% of it and it is not foolish to produce Cholesterol if it is not needed…The drug blocks the area in liver that produces the enzyme which should do more harm”. He continues to say that in Japan longevity is high where the Doctors/Patient ratio is the highest.

My yoga master who has done his Ph.D on Yoga too as similar complaints on the Randomized control trial, he says any drug can be proved to be effective/in-effective by manipulating the control set. What I know on this this subject is limited to hear-say and some casual reading. As a patient I have experienced good results with alternate medicines – Indian Ayurveda and Homeopathy (yes I know the scientific proof is limited) for common ailments I suffer like Allergic Cold, Dry Skin and Digestive problems. So even if Homeopathy is a Placebo it appears to me to be a better solution than taking drugs which can’t do much anyway for common cold and so on. Having said this it will be foolish to avoid modern medicine for serious ailments like Cancer which Steve Jobs seems to have done for over 9 months when he was first diagnosed for Pancreatic cancer. In summary we need to be informed, aware of options & evaluate them carefully before we decide on a treatment model. The modern medical practioners will do more good by working out to reduce the drug intakes than to continuously increase them with every new drug discovery.

Update: Dr.B.M.Hegde has written a related article “Modern Medicine has given illness care a miss” in The Hindu dated 19-Feb-2012. 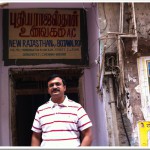