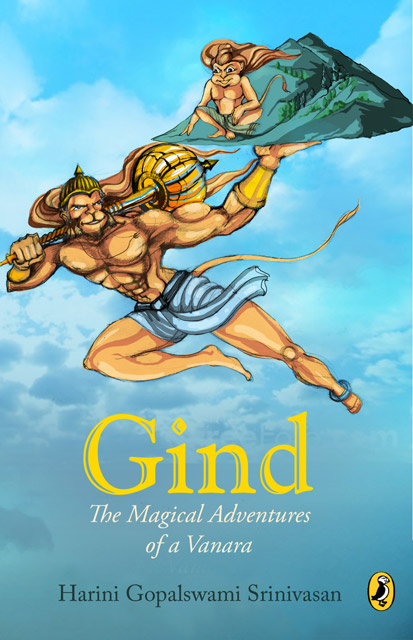 Last weekend I saw my son reading with lot of interest this book. It had an image of Hanuman lifting a mountain (Oshadhiparvata) with a small monkey on top of it. The book was titled “Gind“, The Magical Adventures of a Vanara authored by Harini Gopalaswami Srinivasan published in 2009. The back of the book said its for 10+ years, about a story on three vanaras, with one of them a young vanara princess being kidnapped by a rakshasan. Immediately I thought of Sita being kidnapped by Ravana, but Sita was not a vanara. The description continued that it was about a bold young vanara called Gind and his father Karuppan living in an island of Poompuhar. There was mention of Rishi Agastya’s secret purpose. Intrigued, I started reading the book and finished it in one sitting. All along I was thinking how all this is related to Ramayana. This no retelling of Ramayana or any of its sub-plots. But the dotted lines with Ramayana keeps us wondering on the connection,  increasing our interest while reading. Great job on that by the author Harini.

The story begins with King of Gods Indra being bored with Devalokam (abode of Devas), visits Bhoolokam (Earth) on his white elephant vaahanam (vehicle) Airavata. While in Bhooloka, Indra upsets a seer to get cursed, finds himself banished from Bhoolokam. Meanwhile at  South India in an Island called Poompuhar (not the historic port city) there lives a tribe of Vanaras. In Harini’s world, Vanaras are clarified to be different from Monkeys, they are forest dwellers, living in their own communities, having Kings and kingdom. In Poompuhar, our protagonist Gind, is a loveable little Vanara with twelve siblings, all living in a large room under a tree shelter in the forest. All enjoying the lush green forest of Poompuhar, drinking loads of herbal concoction drink called Kashayam (reminds of me of the one’s made by mother as household cures).

One of the days while playing, Gind finds himself tasked by the great seer (Rishi Agastya) with custody to shelter and protect a young vanara princess (Ongchu) from the himalayan region (Baulpur). Rest of the story is about how the 3 member vanara team (Gind, Ongchu & Karuppar) travel across the country, brave the odds and get Ongchu reunited with her parents. In the background we also see an attempt to build a bridge from Devalokam to Bhoolokam and what happens to that.

Harini’s characters are all well defined, the places they live are vividly described for our visualisation. We get to see Vanaras, Rakshasas, Asuras, Yali (Part Lion/Elephant), Humans, Gandharvas, Rishis and Devas. I was happy to see many Tamil names throughout the novel, there is Karuppan, Mannan, Katthi, Bomman & Thanemozhi; and to listen to the vanaras speaking classical Tamil (Chentamizh). In fact, Indra when recruiting a Gandharva to tail our 3 vanaras, he tests the candidates by asking them to pronounce Vazhapazham (Banana fruit).

I enjoyed reading the mostly parallel incidents to Ramayana. Gind team encounters a hard partying army of vanaras near Pamba River, who we understand to be the returning vanara members of Lord Rama’s victorious army. Gind plays his part by helping Hanuman in the Oshadhiparvata mountain to identify the Sanjeevini plant.

Overall,  a thoroughly enjoyable work of fiction for kids and grownups. 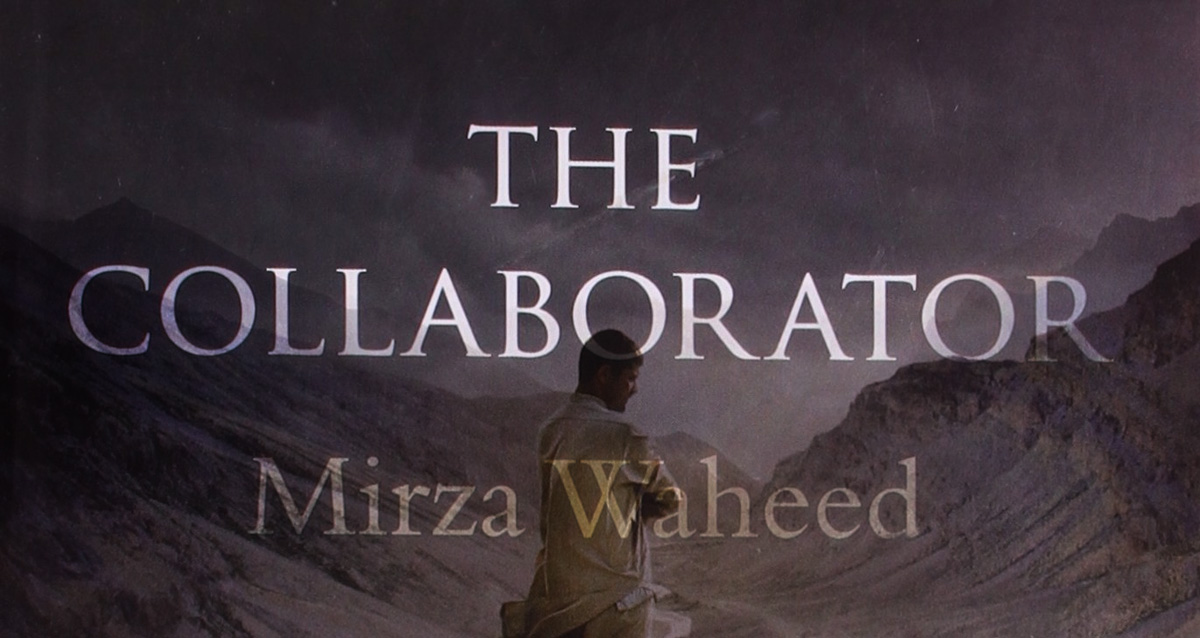 The Collaborator by Mirza Waheed 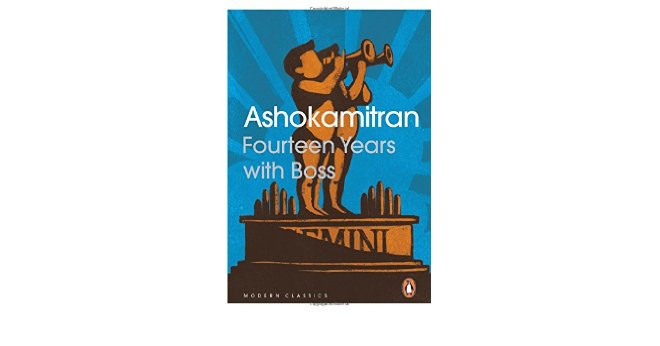 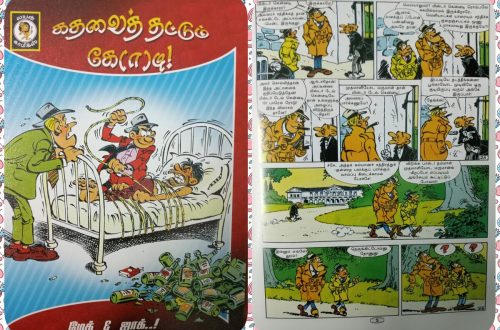 Lion Comics in Tamil that I enjoyed