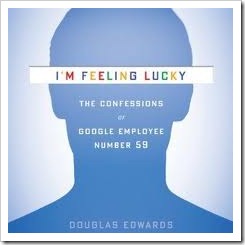 After listening to few audiobooks with the last being “The Steve Jobs Way: iLeadership for a New Generation” I bought this book from my Audible monthly Gold subscription about 2 months back. The audio version is in two parts (8 hours each) and the best part it was read by the author “Douglas Edwards” himself.

Douglas Edwards joined Google as its 50 something employee on November 29, 1999 just about a year after founding and full 5 years till March 4, 2005 before its stunning IPO in 2004. Before Google he was working for San Jose Mercury News, a 150 year old newspaper managing their online product “Merc” (The Newspaper of Silicon Valley). Douglas was the first director of Google managing its early days marketing and brand management, much of what we saw of initial days Google marketing was written by him. He has penned the text and documentation of many of the early products the mountain view firm. One of the first products for which he wrote the welcome text was for Google Toolbar for which he wrote the below “…NOT THE USUAL YADA YADA” text, he seems to be so thrilled by this line that he repeats it often in the book.

Douglas recalls about the early crazy days of working in Google, late nights, mid night emails to getting to office next day early morning. His encounters with the Chef Charlie, interactions with Larry & Sergey, Product managers like

He recalls tales of how everyone in Google helped to add server capacity in their data center just before big customers like Yahoo! or AOL signed up. How Will Whitted, Hardware Engineer of Google designed Machines so cheap that they don’t need to care if they fail – this is something that all new age computing firms including FaceBook, Amazon seems to take advantage of today.The author goes into explaining what he saw happening on how Google won many of its early deals with Yahoo!, later with ISP as first customer for Adwords & then the biggest of all AOL

In the later chapters as Google evolves & grows big, teams were formally divided Douglas recalls many occasions where he was constantly in struggle with Marissa Mayer who was managing Product Development and Douglas was managing Branding & Marketing. What Douglas leaves out, probably we readers can guess the reason for Larry to be siding with Marissa was because he was dating her then. Douglas seems to have had a better relationship with other early product managers including Salar Kamangar (9th employee and presently CEO of YouTube).

Douglas talks of many Holiday parties at Google, how extravagant they were and the facilities in Googleplex. He talks of the founders obsession with trying to solve everything with Engineering & Algorithms, not having empathy or respect for conventional way of working with people & companies, sometimes this bordering on arrogance. He recalls how the founders disliked to spend money for vendors, they wanting a vendor of a CRM system they wanted to buy to give it free for the privilege of having Google as their customer. In the end how they went with a not so popular CRM solution to manage the thousand of email pouring in to Google from users and all the problems they had till finally writing an email & CRM system on their own. He recalls of what they did immediately after 9/11, pouring into Web logs trying to dig any clue that may be useful for security agencies.

Douglas talks on how Google went searching the next billion dollar idea after search’s success – how it accidentally got GMail! and Google News. He talked on how he got into preparing company’s IPO documentation, how he parked his car miles away from the Investment banking firm handling the deal.

An interesting book to read if you are interested to know the true Google story. 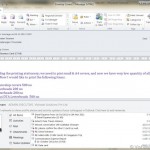 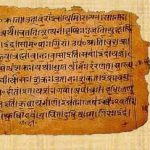