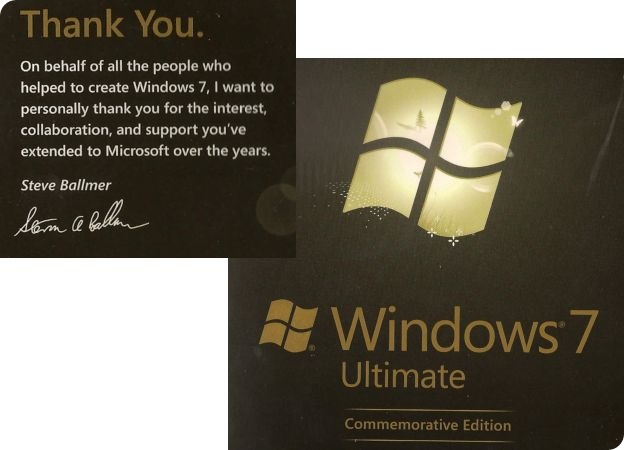 As one of the Windows 7 Beta testers, about a week back I received a commemorative edition of Windows 7 Ultimate DVD. It was special with a nice “Thank You” message signed by Microsoft CEO Mr.Steve Ballmer.

In general I liked Windows Vista – its engineering improvements on Security, Stability, Aero Glass & many other features; except for its slow boot-up and performance of routine file management tasks. Microsoft made a wise move of not introducing any major kernel level changes for Windows 7 from Vista, instead concentrating on improving all round performance. I have been using Windows 7 for last few months in both my MacBook Air (MBA) & in my Desktop (Quad Core, 64-bit, 8GB RAM) and I love it. Windows 7 simply rocks in my MBA that I have completely removed Mac OS X and use only Windows.

Windows 7 – the best Windows OS ever made!