Last Friday was a very special day for me, I did a demonstration on a stage that seated the “Who’s Who?”. The special event was one in which Microsoft India launched their Tamil Interface Pack for Microsoft Office 2003. C-DAC with association with Government of India also released a free Fonts and Software Tools for Tamil CD. The event was hosted by Mr Dayanidhi Maran – Cabinet Minister for IT & Communication and was attended by Dr Kalaingar Karunanidhi – Former Chief Minister Tamil Nadu, Mr G.K.Vasan – TN Congress President & other distinguished attendees.

Giving presentations is not new to me, that too presentations on technology or in my mother tongue தமிழ் (Tamil). But doing the combination – a technical demo in தமிழ் needs good preperation. The time given was also too short (10 minutes), so I prepared for almost half-a-day to do this correctly. At the end, the presentation went so well, that I received applause for couple of times from the gathering and I was told that the minister also complimented my demo :-).

You can download from here, the demos I showed on that day. The demos are in WinRAR format, as the file names are also in Tamil (Unicode) and RAR format preserves it (A zip version is here). You can request from C-DAC’s ILDC Website or email CDAC a free delivery of their CD or you can also download it. 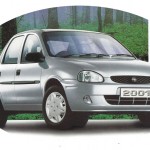 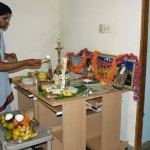