Mandibules (2020) is a French comedy about two petty thieves finding a giant fly and trying to train it for their personal gain. Reading the description, I had expectations for the film but it turned out to be routine. The film exhibited as part of the French film festival by ICAF gets my Raw rating.

When driving a stolen car to collect a parcel, Jean-Gab finds a giant fly in the trunk. His friend Manu, gives an idea of training the fly and using that to earn money. The two go in search of a place to house the fly and do the training. Initially, they use a mobile home of an old man after scaring him away; then they find a home in a villa thanks to mistaken identity. In both, the humour was supposed to be on what the two do to keep the fly a secret, sadly it was funny in only a few situations.

At first, I expected this to be a dark comedy but because of a worn-out screenplay except for the giant fly, the movie was unimpressive. 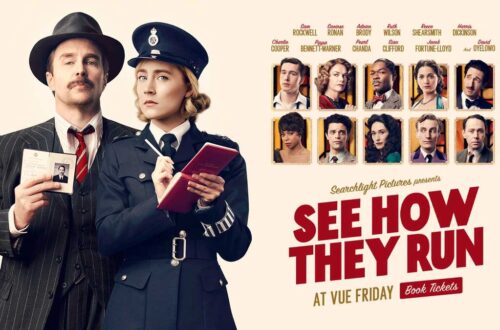