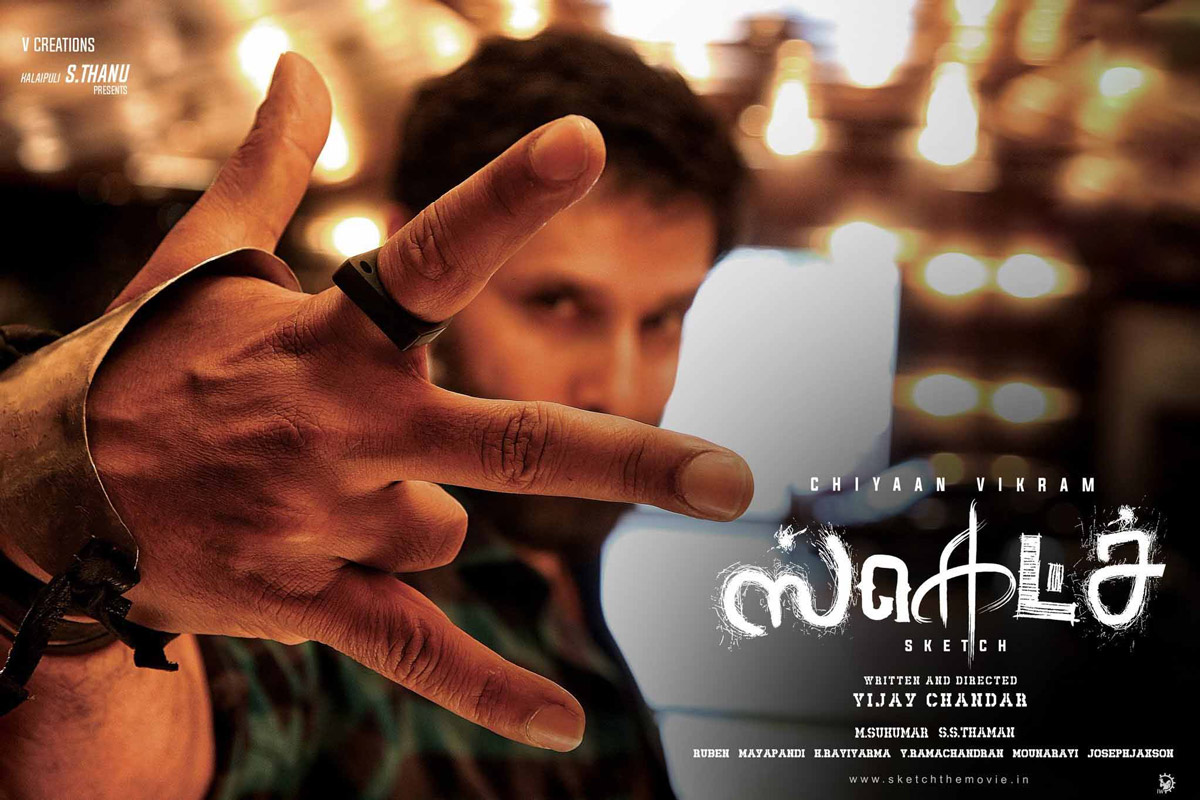 Sketch (2018) starring Vikram and Tamannaah is one of those films that puzzle me. The film is yet another North-Madras gangster rivalry story. Director Vijay Chandar seems to be interested in just filling the time, he doesn’t even make an attempt to impress the audience anywhere. Sketch (played by Vikram) works as a rowdy for a local money-lender, who takes forceful possession of vehicles that have fallen behind on loan payments. A past rivalry with Sketch’s boss and a local don lands Sketch and his friends in deep trouble – did they escape is the story?

The final climax had an interesting twist, but it comes too late and sudden. Vikram has given a good performance in the fight scenes, unfortunately, this is a role that he has played umpteen times there is no scope to influence us. After her stellar acting in Baahubali and delightful role in Thozha, it is disappointing to see Tamannaah reverting to a sugar-candy role in this film. The heroine hails from a conservative (as per Kollywood convention, a Brahmin family) and falls near blindly in love with a rough-and-tough local rowdy – the Hero. For no apparent reason, throughout the film, Vikram keeps smoking a beedi.

The Sketch (2018) is a pen set where every colour is dull and grey.