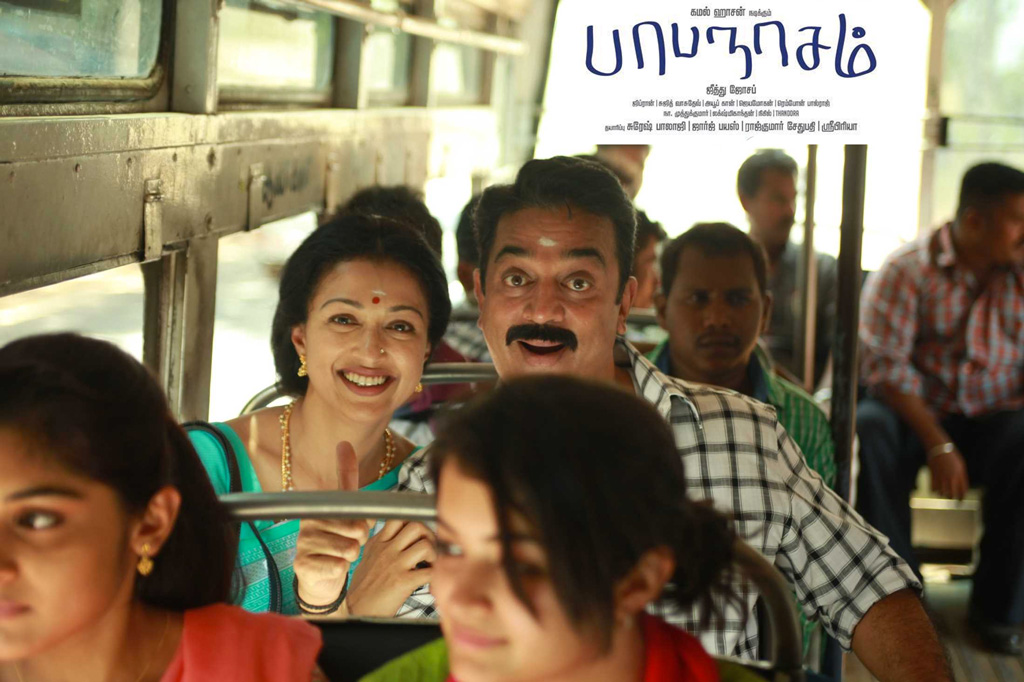 Papanasam (பாபநாசம்) starring Kamal Haasan and Gauthami, is the Tamil remake of a successful Malayalam film “Drishyam” starring Mohanlal & Meena, both the films were directed by Jeethu Joseph. I was able to see Papanasam only after two weeks from its release and as expected the film has been doing well, with Kamal’s fans having only praises.  I haven’t seen the original Malayalam version, so this review is about the Tamil version.

First, a big round of applause for Director Jeethu for a good story, to writer Jeyamohan who has penned the dialogues whose aroma fills every scene with it’s nativity. Having grown up seeing Gauthami as Heroine parred with Rajinikanth and Kamal, I am glad to see her back in the silver screen, all the best to her.

The story is about  a self-made businessman “Suyambulingam” (played by Kamal Hasan) and his family (wife and two girls) who live happily in a town called Papanasam near Thenkasi in Tamil Nadu. One day the teenage son of a Police Inspector General (IG) “Geetha Prabhakar” (played by Asha Sarath) goes missing, a local constable who has grudge again Suyambu reports that he saw Suyambu driving the victim’s car on the day. Rest of the story is a cat and mouse game between the Geetha & Suyambu, with Police force in one side and Suyambu’s family on other side. The strength of the story and reason for it to have succeeded in all languages is it’s focus on the burning issue in today’s Indian society – of Indian boys regressive attitude towards girls, which results in violence against women. In India every day there are numerous incidents of Police apathy being reported, people loosing trust with the official system in the country and when they see on screen a common man take on the mighty and come out winning, audience are happy, Director has used this sentiment to the fullest.

While I liked the film, I felt it could have been sculpted better. I came out of the screen intellectually satisfied with the smartness of the Director, the brilliance of the actors especially Kamal but emotionally I didn’t feel much and that’s my take on the film. I am not able to understand how Suyambu & his family members plan to live with the guilt throughout their life, it’s not about Suyambu’s guilt alone which he manages unburden in the climax, it’s also about rest of the family members who have actually committed the accidental act. To me the film felt clinically made, with Director in every frame trying to answer his critics – how Suyambu recreated the incidents of the two days convincingly, why the Police couldn’t arrest Suyambu’s family officially, how Suyambu was conveniently placed to have access to the new police station building on the day of flooring and so on.

For his story to travel without hurdles, the Director has created the environment too convenient for him, it comes out artificial to me – starting from Suyambu being portrayed as an ideal character, his office being opposite to Police station, Suyambu shown spending nights watching movies in the office and not coming to office, None in Suyambu’s family carrying a mobile which is unbelievable for a family of 3 females (at least for their safety they will be having one). In the starting of the film, I am not sure why Gautami and Kamal Hasan had to venerate each other so much on screen, the bedroom romance scenes feeling out of place.

I couldn’t help but comparing in my mind Papanasam with two films of  family drama genre that I enjoyed a lot. First was last year’s popular film “Gone Girl (2014)” which was into a suspected murder of a wife by her husband, the other was “Ammavin Kaipesi (2012)” by Thangar Bachan, which was about the guilt after an unexpected accidental murder. 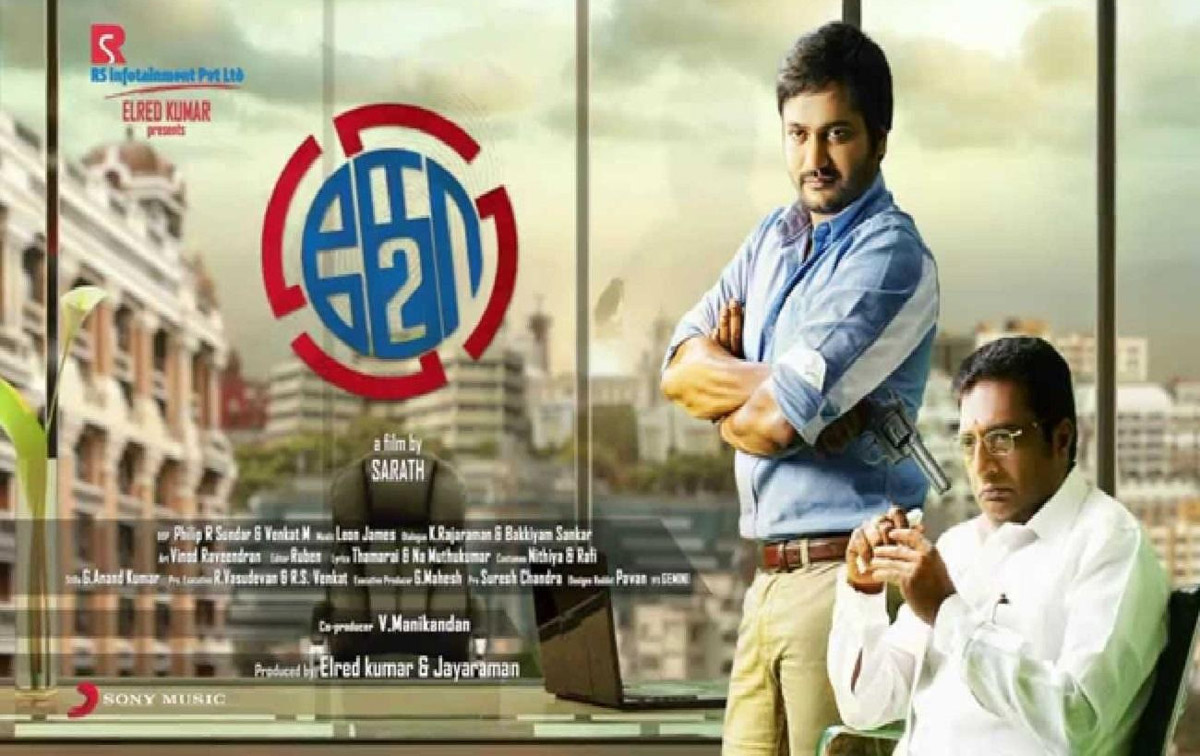