Jexi (2019) is a typical romcom of a shy guy falling in love with a go-getter girl, but with the added twist of his phone addiction. Yes, it was a stupid film but we are kept engaged by the fast paced of happenings, with only a little of the usual melodrama we see in this genre.

Phil (Adam DeVine) is an aspiring journalist doing little towards his goal, instead he keeps writing fake headlines at an Internet clickbait dotcom. His personal life is equally boring, he cocoons himself in his apartment, fiddling his phone and ordering everything online. One day while walking he trips of a beautiful girl and falls down. The girl, Cate (Alexandra Shipp), runs a sports bike shop and is adventurist. Thanks to Phil’s new phone and the personal assistant Jexi running on it, Phil and Cate go out and hit it off. Strangely, Jexi instead of making Phil’s life better, starts to feel jealous and gets Phil and Cate to breakup. How they get together is the reminder of the story.

The first-half of the film was actually good in showing the negative effect our phones are having on our social lives. The scenes before the climax when the AI powering Jexi takes over Phil’s life were stupid, but was fun too. The phone store staff “Denice” (Wanda Sykes) was hilarious when she rebukes Phil’s for his phone addiction. An easy to watch film to end the year with. 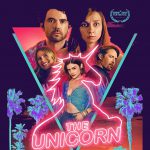 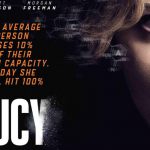