The last few days were quite eventful for me. As one of the Charter Member of TiEChennai, I volunteered to help Raghu Rajagopal who was heading the team for the software (content) for TiECon Chennai 2010. TiE is a Silicon Valley USA based Entrepreneurship fostering association boosting over 11,000 members in 13 Countries and Chennai’s chapter is one of its vibrant. I took on the task of helping to identify and co-ordinate for the Tamil panel, which was a first in TiECon Chennai. It was a panel that show-cased success stories straight from the gut of those fearless entrepreneurs from the state. The journeys covered were path-breaking, across industries, starting from scratch but today enveloping across the nation. The panel was moderated by none other than Chennai’s own illustrious star Mr.Y.Gee.Mahendra (YGM).

Mr Y.Gee. Mahendra kick-started the session by saying all the three entrepreneurs met the very basic needs of man – Mr Isaac of Aachi takes care of stomach, Dr Arun of Vasan Healthcare takes cares of health, Mr Kumaravelu of Naturals Saloons satisfies everyone’s ego. Detailed coverage can be seen on this blog. My sincere thanks to all the 3 Panellists and to Mr.YGM for accepting our invitation and sharing their valuable experiences. 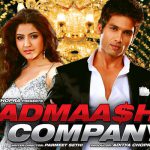