At Vishwak, we believe on the potential of the Internet and the innovative advertising that’s possible in Web to keep the Online industry growing. Yes, the slow-down is affecting this industry too, much worse than expected. Still countries like India, Indonesia and China are showing reasonable growth even in this recession climate. And the online Ad industry is very different that it was in the Dot-com days. Today we have seen for many of our customers in Vishwak, their online revenues constitute 10-15% (the variation depends on how successful is their sales and new products team) of their overall revenue. For many of them their primary media (Newspaper or TV) currently yields majority of their revenues but that’s been affected by this slow-down. If you take by medium, globally advertising expenditure in Internet is around 11% today.

In a recent forecast released by Zenith Optimedia, a unit of the Publicis Groupe S.A., the global ad spending is likely to slow by 6.9% to $453.2 billion. Ad expenditure in India is likely to grow at 6.4% growth (down from 18.9%). The internet is the only medium we expect to actually attract higher ad expenditure in 2009, thanks to its accountability and innovation in ad formats. We forecast 8.6% growth in internet expenditure in 2009, down from 20.9% in 2008. New formats are enjoying greater growth (29.8% from Internet video and rich media, 29.7% from internet radio and 11.9% from podcasts), but these represent only 12% of US internet expenditure between them. Once a modicum of confidence returns to the market we expect the growth of internet advertising to pick up again, to 11.3% in 2010 and 15.3% in 2011. We expect its share of the ad market to rise to 14.6% in 2011, up from 10.4% in 2008. However, in recent years the number of sites on the web has increased about twice as rapidly as internet ad expenditure, most of which goes to a handful of big players. A number of internet companies that have based their business model on advertising may find their model unsustainable now that credit is drying up.

Another report, this one from eMarketer reinforces this by predicting that online ad dollars will jump about 5% by 2013 (see the above chart). "The spending shifts predate the recession," says David Hallerman, eMarketer senior analyst. "But the current economy is reinforcing the new advertising models—and making them more permanent". "Digital marketing offers compelling benefits, especially for cash-conscious companies," he continues. "Marketers can more readily measure the results of Internet advertising than with most traditional media. This produces more-efficient advertising and higher ROI, which in turn pushes traditional media to compete with lower pricing." 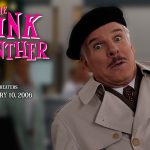