Kavalai Vendam (கவலை வேண்டாம்) is a rom-com directed by Deekay.

The film starts with Divya (Kajal Agarwal) shows her friend photo of her fiancée Arjun (Bobby Simha); and on asking Divya starts narrating why her marriage with Aravind (Jiiva) failed. While we look forward to a story like Raja Rani (2013), what we get is a banal attempt by the Director.

Aravind, Natty (R J Balaji) & Satish (Bala Saravanan) are friends living in lovely Coonoor, they spend their time getting drunk. Aravind and Divya fall in love. Divya’s wealthy mother speaks bad about Aravind’s social status when he comes to ask for her hand; for which Aravind responds with spirited dialogues. After which they get married only to separate for good due to a fight immediately. Now Divya approaches Aravind for official divorce for which he asks her to stay in his house for a week. Aravind and Divya keep fighting for no obvious reasons. What happens next you guessed it right!. Aravind now has a girlfriend called Deepa (Sunaina), who feels threatened by return of Divya. Divya starts to see what a sweet guy Aravind can be. To make matters easy Arjun’s mother insults Divya for getting married for a second time.

In the first half it’s all under the belt jokes(?) by R J Balaji who shits in a police station & Bala Saravanan who gets beaten by a group in his genitals. Aravind’s father is Dr.Baskar (Comedy Time Mayilsamy) comes out as a confused character, neither being funny nor being experienced.

There are too many scenes which appear for no obvious reasons. Overall, a movie you can avoid. 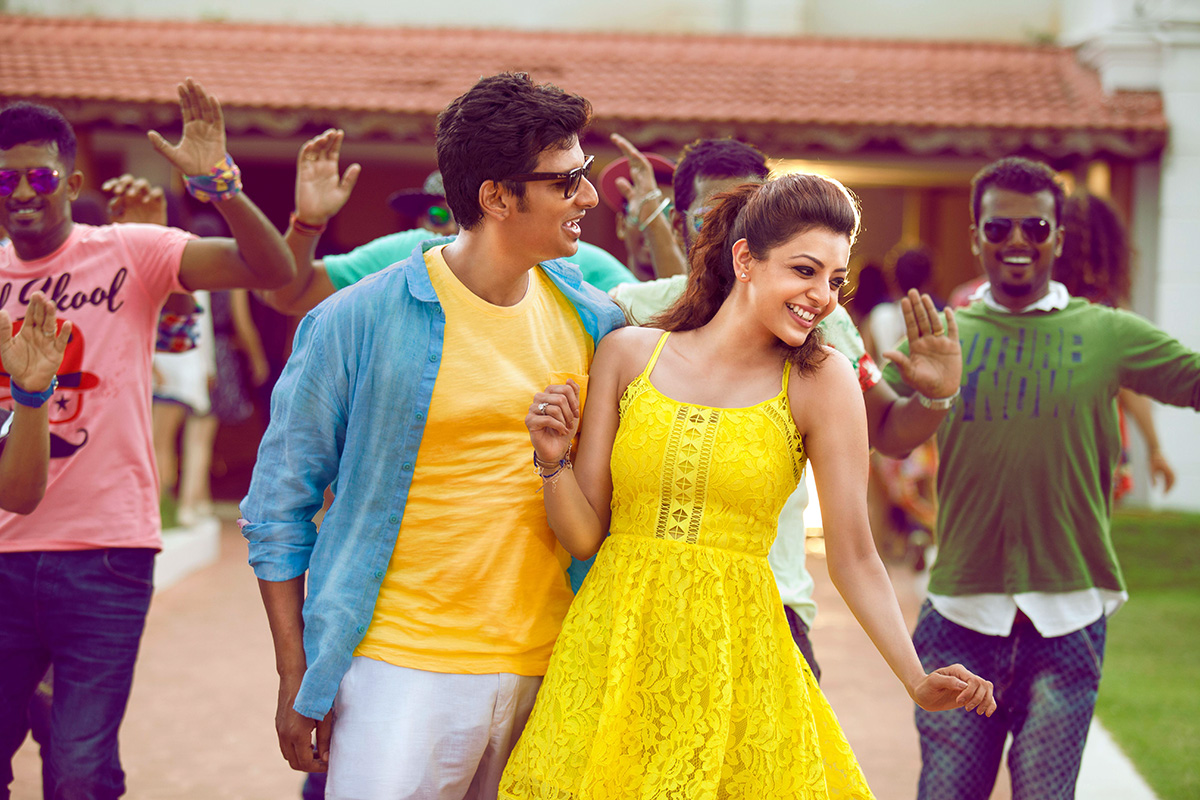