Gulabo Sitabo (2020) starring Amitabh Bachchan and Ayushman Khurrana is a comedy-drama that got released on Amazon Prime Video. The story revolves around a century-old Mansion (Haveli) in Lucknow. While the film feels different from the typical comedy we see from Bollywood, a slow screenplay leaves us impressed. Even an excellent performance by Amitabh Bachchan is unable to lift the movie – it keeps dragging and suddenly ends.

The aged ‘Mirza’ (Amitabh Bachchan), husband of ‘Begum’, the nonagenarian owner of the Mansion, and the tenant Baankey (Ayushmann Khurrana) are greedy, lazy and half-witted in their own way. While Mirza plots to take ownership of the Mansion after his wife’s death; Baankey hopes to benefit from a settlement when ASI (Archaeological Survey of India) takes over the ‘heritage’ property – whose plan succeeds is the story. 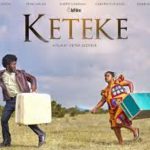 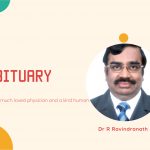 Obituary to our Doctor