For last three days, I am in Singapore exactly after a year. The first thing that impresses you when you land in Singapore is Changi Airport, the Airport keeps continuously keeps reinventing itself and is maintained better than new.

Though it is not new, displaying the number of bags in each flight in the conveyor belt is a nice touch

On Monday after having lunch with a friend, I went to Arts Science Museum near Marina Bay Sands. They had a special show for display “Mummy – Secrets of the Tomb” thanks to a partnership with British Museum. I was not impressed with the few items from Egypt that were on display including two mummies. But the virtual unwrapping of a 3000-year-old mummy of an Egyptian Temple priest Nesperennub was worth my money. We are taken through layers of the coffin which was never opened, during the process we are told the story of his life and social order. The other two floors in the museum had only a few items including a handful of items on innovation.

My dinner on Monday was in Singapore Cricket Club, so I walked through the Helix Bridge along the river taking in views of Singapore Flyer.

On Tuesday after my meetings, I came out to open space near raffles place MRT. It is a small public park area in Malacca St & Dalmeida St, I found myself surrounded by high rise buildings on all sides. After all, that’s Singapore, doing best with what’s there.

Today I had a lunch meeting with a friend of mine who is a Doctor in Singapore General Hospital which turns out to be a huge facility. Again spotlessly clean everywhere.

Whenever I am abroad I find it difficult and expensive to have 3G Data Connection. Thanks to a friend’s suggestion this time I purchased this $18, 5 Day unlimited data SIM from StarHub and it worked excellently. 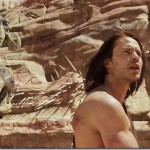 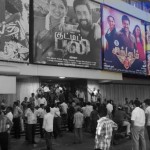